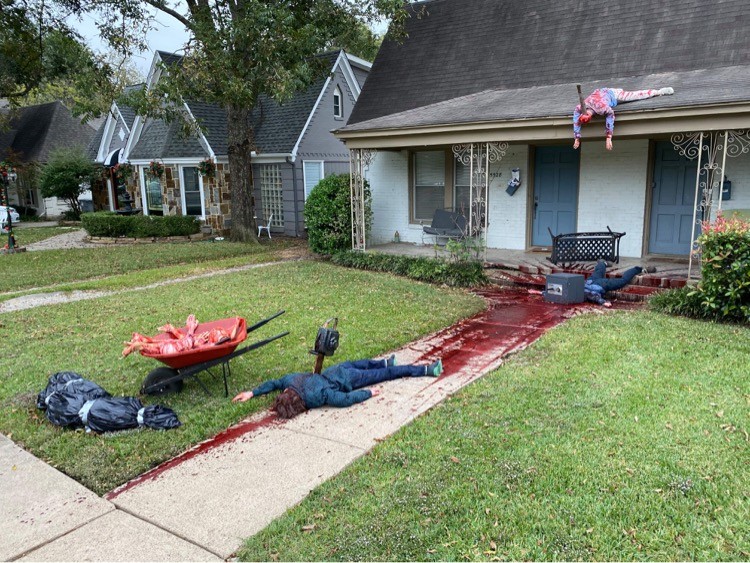 Steven Novak
Steven Novak's crime scene Halloween decorations are so realistic that neighbors are calling the police to investigate.
Halloween, the high holy day of spooky season, has a sort of Spooky Scale™ that runs the gamut from the casual black cat, full moon, or harmless jack-o'-lantern to the extremes of disembodied corpses, chainsaw massacre enactments or, even scarier, the thought of paying bills every month under the terror of COVID-19.

Local artist Steven Novak finds himself comfortably at the "horrifying" end of the scale, as his East Dallas neighbors and the Dallas Police Department will surely attest.

“I’ve always been up to hijinks like flying ghosts or 7-foot tall snow sculptures of myself, so if I was gonna do Halloween, it was obvious that it should be hyperreal," Novak says. "No lights, fog machine, or camp … something that would really freak people out walking by in the dark. So I whipped up some dummies and slung 20 gallons of blood all over.”

Novak's home holds a horror show. In his M Street yard, one dummy lies with his head pulverized, one lies with a safe where his or her head used to be, and a few more lie in bloodied trash bags fallen off a wheelbarrow. All the while, in the window of the house, a zombie horde attempts to break out. 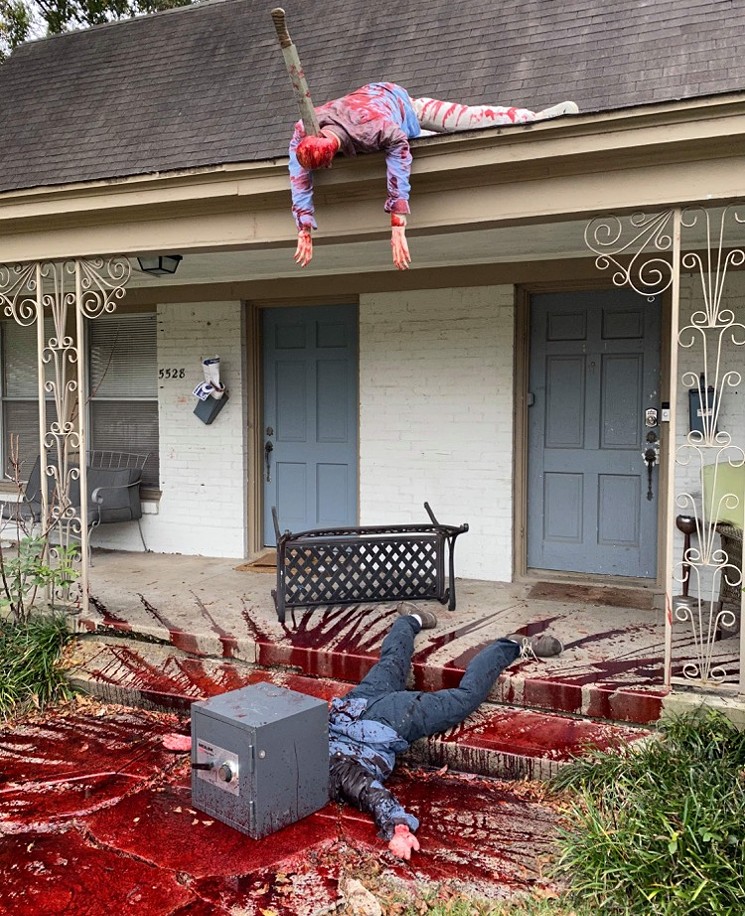 A closer look at the gory scene in artist Steven Novak's yard.
Steven Novak
“I’m most proud of the wheelbarrow tipped over by the street full of Hefty bags, looking like a failed attempt to dispose of the dismembered bodies in the middle of the night.” Novak says. “A kid walked by and asked me what happened to them; I said they ate too many Skittles.”

Novak hasn’t lost his neighborly spirit. He keeps his overall Leave it to Beaver demeanor, even with the bloodshed.

“It was raining a lot and washing the blood away so I indefatigably ‘watered’ the bodies every morning for a while to the dismay of early dog walkers and joggers saying as they passed ‘Watering the bodies!’” 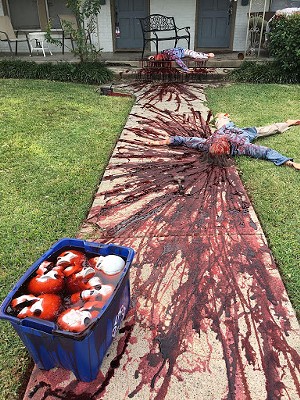 While some people embrace Halloween hijinks, Novak gives them a bear hug. Only it’s a zombie bear with blood pouring out of its mouth.

Novak's decorations have brought the police to his house multiple times.

“Neighbors told me cop cars were in front of my house a lot during the day," he says. "I was only home twice to receive them. They told me they thought it was cool and that they were only there because they were required to reply to complaints from the sergeant.”

Novak continues, while laughing, “They were in formation at the door and when I opened it they asked me if it was all mine. I asked, ‘You mean the blood and the bodies? Yeah, that’s me."

“Honestly, though, I think I could’ve used more," Novak says. "[My plans] were way worse on paper. Next year though!” 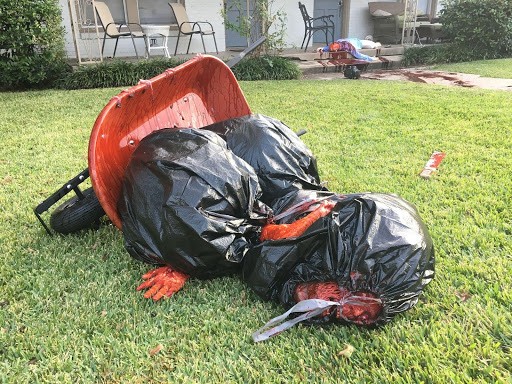