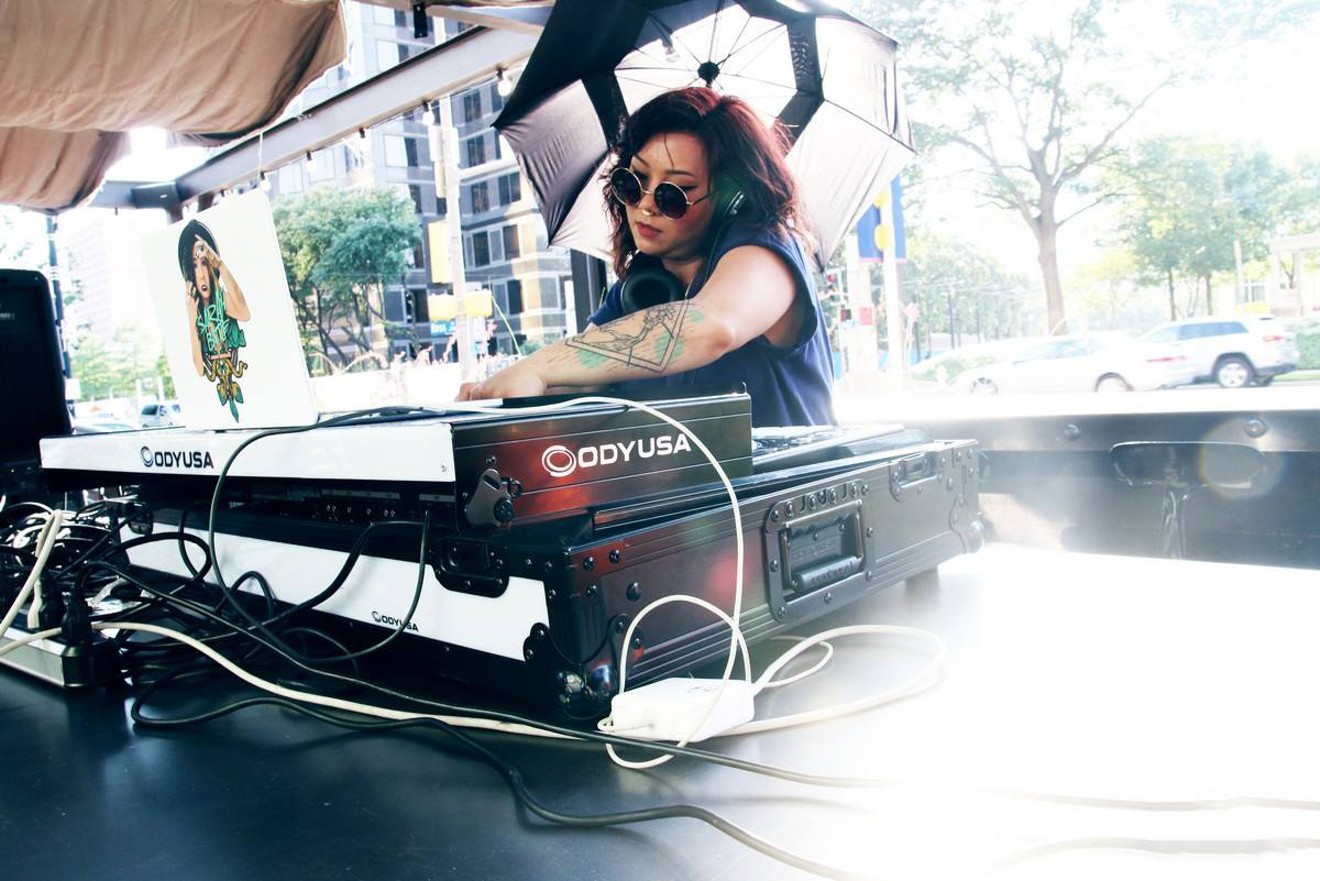 Sarah Battle has been through a lot this year. Roderick Pullum
Now that 2018 is halfway over, people begin to assess the goals they set and changes they vowed to make at the beginning of the year. This self-evaluation breeds hope for some and doubt for others.

Sarah Bowdle, who performs under the name DJ Sarah Battle was simply happy to see a new year at all. March 6, 2018, marked the one-year anniversary of a horrific car accident that drastically changed Battle’s life.

Around 1 p.m. she was traveling westbound on a State Highway 114 overpass in Southlake. Battle fell asleep behind the wheel of the black Kia SUV she was driving. Her vehicle careened up and over the protective barrier, causing her car to go airborne, ultimately crashing in the middle of Kimball Ave below. The overpass had a clearance of 16 feet and 9 inches, but with the added elevation and projectile height, her plummet was nearly 30 feet.

Several witnesses rushed to her aid, and many continued to assist first responders once they arrived. Battle was transported to Baylor Scott and White Hospital in Grapevine. News reports stated that she was in critical condition, but details of her injuries were not released. Various media outlets made inquiries about the accident, but Battle declined to respond.

On the day the accident occurred, Battle was on her way to complete one of the most mundane tasks on anyone’s to-do list.

“I was on my way to get my taxes done,” Battle says, laughing. “I don’t remember much from the crash except for the sensation of falling and that nauseating feeling you get in your stomach when you’re on a roller coaster. I remember waking up in ICU and seeing my brother and my friend Summer. They said I was cracking jokes and stuff like that, but that part I don’t recall.” 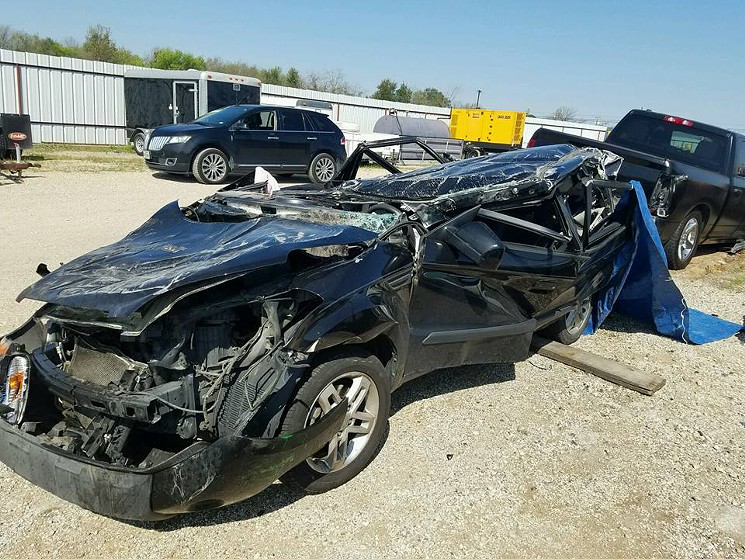 Her car after the accident.
courtesy Sarah Battle

What Battle does recall are the intense physical pain and numerous injuries she suffered that day. The impact of the crash caused fractures to her face and skull. It also shattered her right elbow and degloved her left foot. She had multiple surgeries on her face, two surgeries on her foot and reconstructive surgery to repair her elbow.

Battle didn’t fall asleep behind the wheel because of fatigue. Initially, doctors believed she had a seizure, but after a battery of tests, she was diagnosed with narcolepsy. It took roughly three months and extensive physical therapy to return her body to a functional state and a cocktail of prescribed medication to manage her narcolepsy.

Battle started out as a DJ in 2011 and has been a fixture in the downtown, Uptown, LGBTQ and EDM party scenes. She’s also consistently booked gigs in cities throughout Texas and bordering states. On May 25, 2017, Battle returned home and decided to put what energy she had back into her craft. Finding work wasn’t a problem, but it was a challenge to overcome physical limitations.

“It was hard at first because I still couldn’t walk very well," she says. "I didn’t have full range of motion in my arm, and I still was experiencing a good amount of pain. My friends had to help me carry everything and give me rides because I wasn’t able to drive."

Despite the hardships, Battle persevered and resumed a regular work schedule with the aid of a strong support system. She landed resident gigs at Masque in Uptown and Norazo After-Hours in North Dallas, as well as a rotating early evening gig at Tortaco in downtown. She often worked multiple DJ sets within a 24-hour time span. She was part of the DJ line-up for the LezPlay Dallas pool party series at the Crowne Plaza Hotel and had a Saturday mix show on WILD 104.3 FM in Amarillo.

After an accident that could have been fatal, she had one of the most productive years of her career. Physical and mental trauma still linger, but Battle believes the experience has had a positive effect on her life.

“I still have anxiety sometimes riding in cars, but it hasn’t been too bad," she says. "I think it’s probably because a lot of it I don’t remember. I still have pain and discomfort, mostly in my arm and elbow. I definitely feel like I have a new appreciation for my life, my family … everything.”


“I still have anxiety sometimes riding in cars, but it hasn’t been too bad." – Sarah Battle

The end of 2017 presented another major obstacle for Battle. In the past, she’s had bouts with substance abuse and has served time for drug-related charges. In September, Battle was taken into custody for a probation violation and has been incarcerated ever since. She says she will be released this month and spend one to three months in a treatment facility.

The loss of her freedom for nearly a year has been difficult, yet her sense of hope remains. With everything she’s survived thus far, Battle is confident she’ll be able to overcome her situation.
KEEP THE DALLAS OBSERVER FREE... Since we started the Dallas Observer, it has been defined as the free, independent voice of Dallas, and we'd like to keep it that way. With local media under siege, it's more important than ever for us to rally support behind funding our local journalism. You can help by participating in our "I Support" program, allowing us to keep offering readers access to our incisive coverage of local news, food and culture with no paywalls.
Make a one-time donation today for as little as $1.
Roderick Pullum
Contact: Roderick Pullum