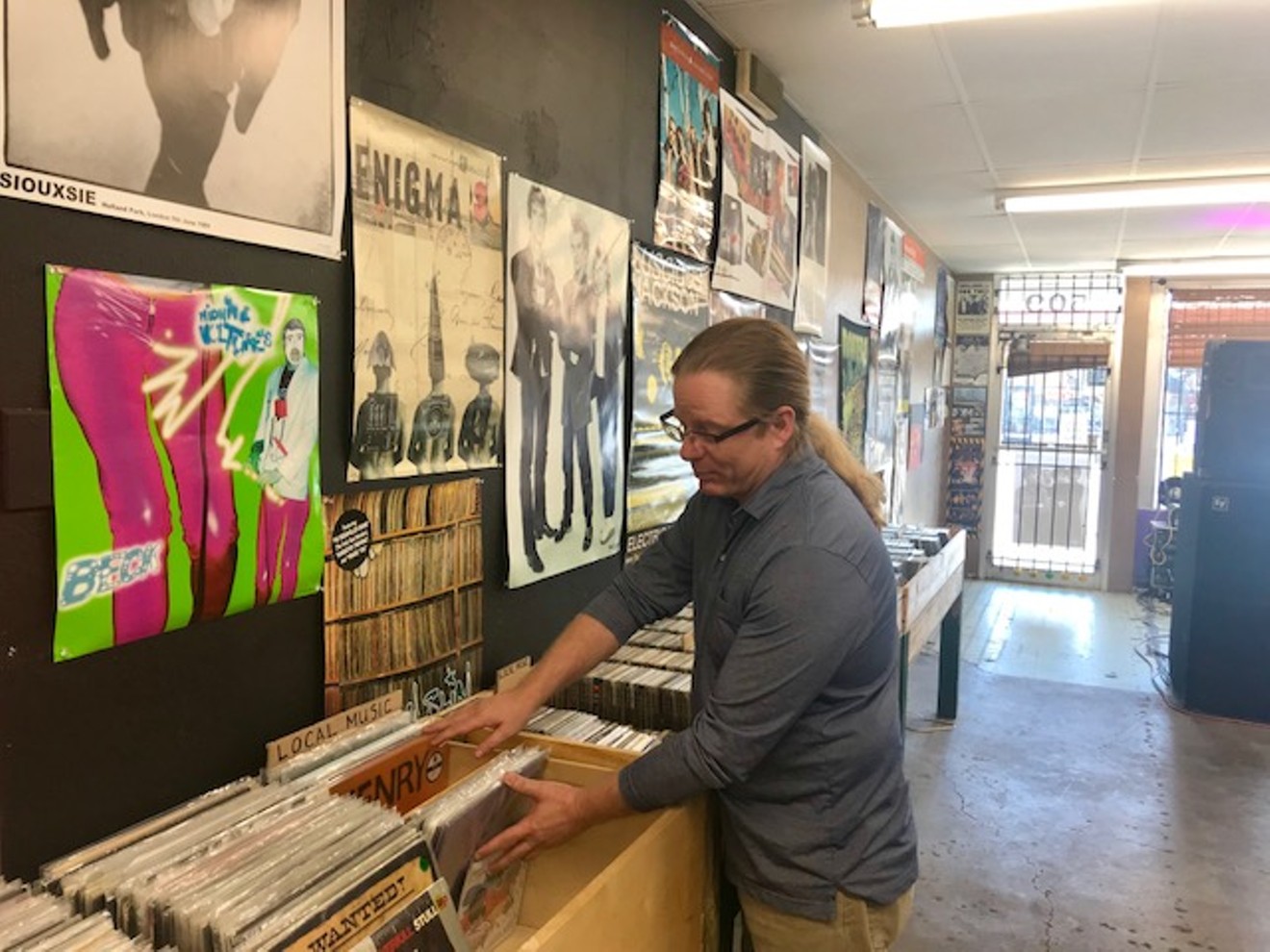 And that’s the sort of vibe he’s trying to re-create in Arlington, he says, after taking over Cosmic Crow’s old space on Abram Street and opening Growl, a store for comic book and music lovers that connects to his downtown brewery.

Growl’s manager, David Waits, has known Wadlington since their Abilene Christian University days, and the two have tossed around the idea of opening a record store since their 20s. Now, while Wadlington is busy handling the beer side of things, Waits, who has worked in music retail since the early '90s, curates the music.

“I seek out music in my free time,” Waits said. “That’s mostly what I do.”

Record bins line the walls inside Growl, but there’s also open space for the live bands that play there mostly on Friday and Saturday nights.

“It’s all about supporting the community with the music,” says Wadlington, who looks like a somewhat serious ZZ Top fan.


“It would be good in a year from now, two years from now, where Division Brewing, Growl has a reputation for the bands. They want to play here, they seek us out, whereas now, we still seek out a lot of bands that play here.” – David Waits

Along with vinyl and comics, there are also posters and CDs. A lot of it’s indie rock, nothing too heavy, Waits says.

“We haven’t had that many screaming singers,” Wadlington says, “but some punk shows get exciting. There’s almost an endless supply of people who just want to perform, just young, inspiring musicians that are just going for it.

“When we started this, it wasn’t about making money. It was just about having the band play. On a good night, if they have people come out and see them, the brewery can make some money.”

Growl doesn’t have a big budget and can’t offer equipment worthy of more experienced bands, Wadlington says. But the bands that play are, for the most part, at least semiprofessional.

“They take themselves pretty seriously,” Waits says. “But they also want to have a good time. And we buy from them. We have a whole collection of artists that’s played here.”

Wadlington says some bands have name recognition, some disappear overnight and others, like Classy Affair, that play there regularly. Mostly they perform inside, but if the weather’s good, they’ll move outdoors.

Growl’s customer base is a random crowd of higher-degree music lovers, Waits says. Although University of Texas at Arlington students have hosted game nights and raves there, not as many students patronize the place as he expected.

Recalling his college days when he occasionally sold plasma for booze, Wadlington reasons it may have something to do with finances.

Still, Waits says, the vinyl is selling. Growl is looking to stock record players and accessories in the future.

“I think it’s important for this place to be a place that supports the music,” Waits says. “It would be good in a year from now, two years from now, where Division Brewing, Growl has a reputation for the bands. They want to play here, they seek us out, whereas now, we still seek out a lot of bands that play here.”
KEEP THE DALLAS OBSERVER FREE... Since we started the Dallas Observer, it has been defined as the free, independent voice of Dallas, and we'd like to keep it that way. With local media under siege, it's more important than ever for us to rally support behind funding our local journalism. You can help by participating in our "I Support" program, allowing us to keep offering readers access to our incisive coverage of local news, food and culture with no paywalls.
Make a one-time donation today for as little as $1.