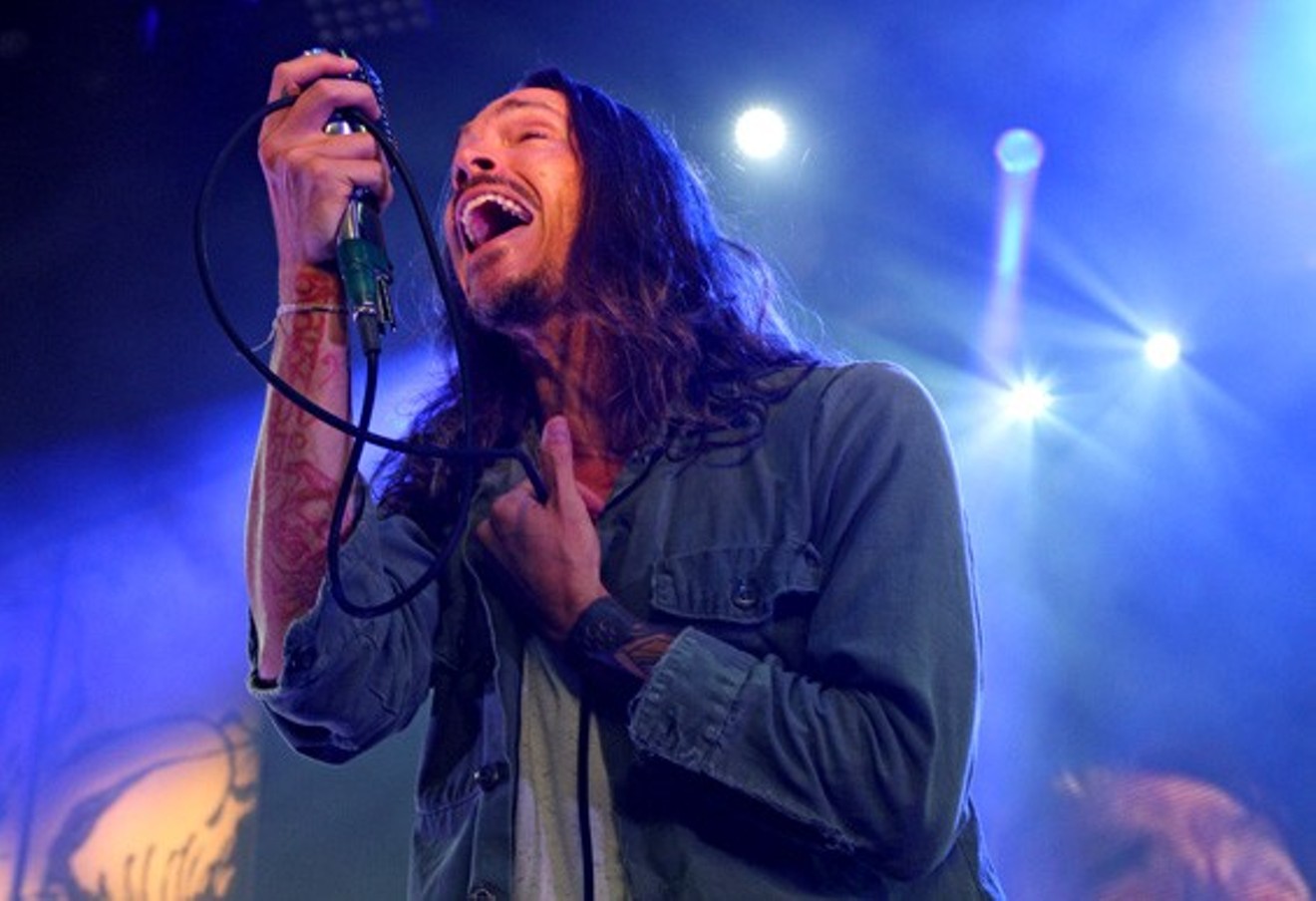 Brandon Boyd thinks of himself as an artist before a musician. Rachel Parker
Brandon Boyd always wanted to be a painter. He only accidentally had a career in music. The frontman of the long-running band Incubus is excited to share his artwork for the first time in Dallas.

Boyd will be in attendance for the opening night of the show, called OptiMystic, on Saturday at the Samuel Lynne Galleries in the Design District. He started showing his art publicly in Los Angeles about 10 years ago.

“If anyone shows up, there’s a fear that anyone’s gonna show up,” he says with a laugh from his home in Los Angeles. “And if they do, are they gonna tear it down and burn it?”

He's happy to be a musician, even if that's not where he thought his life was going when he was young.

“Music was kind of an unexpected passion,” Boyd says. “My passion was always for painting and drawing since I can remember.”

His mother painted and sang when he was a child, so he and his brothers saw both passions growing up. Boyd speaks highly of making art.

“From a very young age, I was always under the assumption I was chasing the dream of pursuing kind of career in the fine arts,” he says. “When I was a teenager, I became obsessed with music, as most teenagers do. And then I started to notice that the two things of art form did not feel terribly different from each other.”


“Music was kind of an unexpected passion. My passion was always for painting and drawing since I can remember.” – Brandon Boyd

Bands like Faith No More, the Ramones and Nirvana inspired Boyd to make music with his friends. As popular as Incubus became in the late ’90s, Boyd never stopped painting. He loved psychedelic art, like the kind on posters for the Grateful Dead, and comic book art. He would look at the art, try to figure out how it was made and attempt to make something similar.

The esoteric and experimental sounds of John Zorn and Mr. Bungle influenced Boyd as he progressed as a musician and a painter.

“What I was attracted to was that I did not understand the music at all,” he laughs. “I would hear it, and it would confound me.”

All of those influences played into what he put on canvas and into the lyrics and music of Incubus. The band released its most recent album, 8, last year.

“Whether you’re a painter or a musician, you just wander,” Boyd says. “Incubus has been doing this for decades, where we wander and wander creatively, and we stumble onto things that sometimes are commercially successful. And that’s a remarkable thing as well when you weren’t necessarily shooting for commercial success.”

He understands that a gallery showing of his artwork is not as big as his band headlining a show at a big venue, but he enjoys displaying his art for those who care.

“Energetically, it can be intense to absorb that kind of stuff from people, and people you’ve never met,” Boyd says. “Most of my experience with it has been remarkable in that it throws some perspective in my direction. It gives me a chance to be reminded it’s not just like when we play concerts. It’s like a mass of humans. We don’t get to really see one person in particular.”

Before Boyd started showing his art, he would only give works to close friends and family. When he decided to start selling in galleries, he was able to let go and be even more prolific. Meeting people who buy his work has been a positive experience.

“I always have left gallery settings exhausted but also elated at the opportunity to be reminded,” he says. “It’s been a blessing.”

OptiMystic opens Saturday at Samuel Lynne Galleries, 1105 Dragon St.
KEEP THE DALLAS OBSERVER FREE... Since we started the Dallas Observer, it has been defined as the free, independent voice of Dallas, and we'd like to keep it that way. With local media under siege, it's more important than ever for us to rally support behind funding our local journalism. You can help by participating in our "I Support" program, allowing us to keep offering readers access to our incisive coverage of local news, food and culture with no paywalls.
Make a one-time donation today for as little as $1.