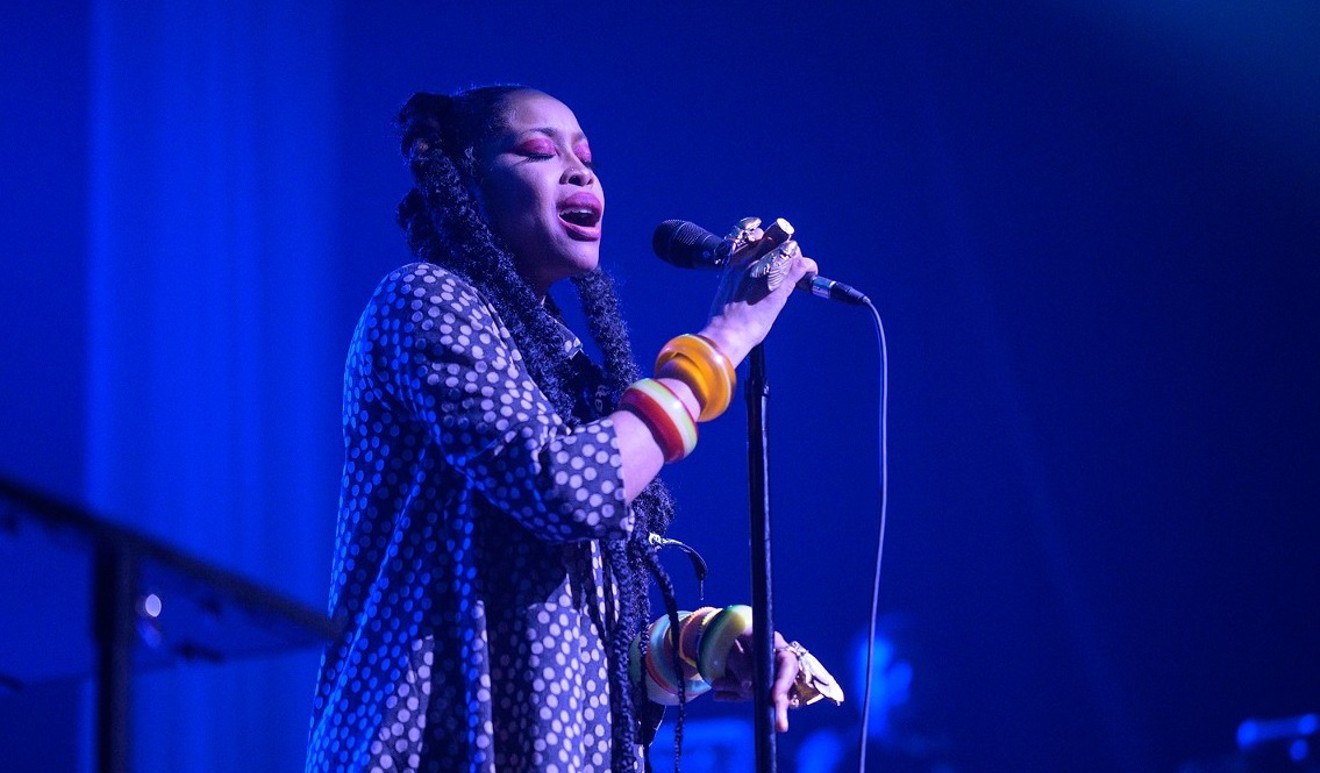 Erykah Badu let the memes do the talking in the aftermath of the Will Smith/Chris Rock Oscars smackdown. Mike Brooks
After Sunday night’s Oscars ceremony, when Will Smith slapped presenter Chris Rock after the comedian made a joke about Jada Pinkett Smith’s bald head, the world has since split into three camps: Team Will, Team Chris and Team Self-Righteous, the fake-enlightened friends on your feed posting things like, “Why are we even talking about this, when there are real issues out there?” They congratulate themselves for not participating in a worldwide conversation that extends beyond a major celebrity feud on the biggest stage in the world and touches on topics including violence, civility, the limits of decorum and the virtues and expectations of self-control. But, hey, good for Team Who Cares.

Then there's Erykah Badu, marching to her own drum. The neo-soul star has not yet taken a public stance on Slapocalypse and has not responded to our request for comment but is nevertheless having some fun with the incident.

Badu is a longtime friend of Pinkett Smith's, Will Smith's wife. The actress and her daughter Willow have been guests at Badu’s annual birthday concerts at The Factory in Dallas. When Will Smith and Pinkett Smith famously discussed their marital issues and what Pinkett Smith called an “entanglement” with a younger man on her online Red Table Talk series, Badu praised them on Twitter.

"Love you WILL and Jada. Inspiring Transparency. Thank you for sharing. Willing you much joy," she tweeted in July 2020.

In that same month, she also named one of her incense products, inspired by the scent of Badu's vagina, “Entanglement.” We can't think of higher praise.

Now Badu is responding to the Oscars controversy, but only in meme form. Between Monday and Tuesday, the artist has shared several videos and memes on her Instagram stories to her 5.4 million followers.

One video shows an animated Smith in a video game dressed as Agent J, his Men in Black character, holding Rock down in a boxing ring.

Another was a meme showing Andrew Garfield looking at his cell phone during the Oscars with the caption “Andrew Garfield texting the other Peter Parkers to see if Will Smith slapped Chris Rock in their universes too.”

Smith has since apologized, via Instagram, to the Academy, viewers and to Rock. He really owes a personal apology just to Questlove, who stepped up to receive his Academy Award for Best Documentary for Summer of Soul minutes after the altercation, as the sound of "Keep my wife's name out of your fucking mouth" still echoed throughout the room.

All we’re saying is the next Red Table Talk is gonna be fire.
click to enlarge

screenshot from Instagram
KEEP THE DALLAS OBSERVER FREE... Since we started the Dallas Observer, it has been defined as the free, independent voice of Dallas, and we'd like to keep it that way. With local media under siege, it's more important than ever for us to rally support behind funding our local journalism. You can help by participating in our "I Support" program, allowing us to keep offering readers access to our incisive coverage of local news, food and culture with no paywalls.
Make a one-time donation today for as little as $1.