At the James Taylor Concert With Bonnie Raitt, Everybody's Got a Friend

James Taylor meets with fans and signs autographs after his show with Bonnie Raitt at the Ford Center at The Star in Frisco. Emily Goldstein
I've seen James Taylor in concert three times, but it doesn't matter. I'm still as excited as the first time I saw him — with the Dixie Chicks — in college.

I've been communicating in Taylor lyrics all week. "Your way and my way seem to be one and the same," I text my friend, quoting "Country Road" as we plan our transportation to the Ford Center at the Star in Frisco. "We might as well carpool."

And for this concert, I've got a goal: to get a picture with Taylor. I know from experience that he often signs autographs during intermission or after concerts (last time, I got my T-shirt signed), and with a little strategery and a little luck, I'm confident I'll have a new Facebook profile pic by the end of the night.

When the lights go down, Taylor steps onto the stage, unassuming in his standard blue shirt and newsboy cap (which eventually flips backward), to introduce Bonnie Raitt. Billed as a "special guest," Raitt is more than an opening act as she graces the Ford Center with its first musical performance. Her camaraderie with Taylor is clear when she introduces her cover of "Rainy Day Man."

People are pretty cute when listening to songs like "How Sweet it Is."
Emily Goldstein
"He's just continued to be an inspiration as well as a friend," she says.

But the Ford Center has added to the usual list of concert pet peeves. Not only are vendors walking around with flashlights to sell concessions during the show as if it were a baseball game, but some are also calling out phrases like "cold beer! cold beer!" during songs — a capitalistic move by The Star that feels both disruptive to the audience and disrespectful to the artists.

After several fiery songs, including "Something to Talk About," and jokes tailored to the crowd ("I wrote this when I was nervous about turning 40 — remember that?" she says of "Nick of Time"), Raitt ends her hourlong set with John Prine's "Angel From Montgomery," leaving the audience wishing for more from her extensive repertoire.

After my friend and I spend the intermission debating who's cuter, young James Taylor or young Cat Stevens, Taylor opens his set with a slow "Carolina in My Mind" as the screens surrounding him display home videos and childhood photos. These images — plus those of pastoral landscapes, handwritten song lyrics, postcards and other memorabilia — are the ideal complement to Taylor's Americana songs.

Taylor's tales are also perfect. Anyone who's seen him in concert or heard a live album knows that "Sweet Baby James," written for Taylor's nephew and namesake, "had to be a cowboy lullaby." But rather than feeling repetitive, these stories feel nostalgic, like family lore your uncle shares on special occasions. And this time, the tales are paired with old photos and videos of Taylor and his band.

When the screen displays a Sunset Strip billboard of Taylor's first album cover — the singer-songwriter lounging outside with shoulder-length hair and a tan suit — he takes the audience back to 1968. Taylor played "Something in the Way She Moves" for Paul McCartney and George Harrison, becoming the first artist signed to their new record label.

Taylor is nonchalant about his fame, often meeting fans during intermission or after concerts.
Emily Goldstein
"I walked through the door, and the rest of my life was on the other side. And I knew it, too," Taylor says.

Despite his legendary status, the five-time Grammy Award winner and recent Kennedy Center Honors recipient is nonchalant about his fame. As he sings "Shower the People," fans sing along on the screen behind him through videos submitted before the tour. Later, shots of audience members dancing appear (which, to be fair, feels a little bit like a baseball game). And more than once, Taylor tells the devoted crowd he "won't forget this."

As Raitt joins Taylor for the encore, which includes Carole King's "You've Got a Friend," I take advantage of the only benefit for short people at a concert: the ability to sneak through crowds. And after the show, when Taylor steps off the stage, I'm suddenly near the front of the crush of fans, and I get my selfie.

Plus, Taylor answers what I've been pondering for a long time: He and King text each other. He said their conversations are mostly about family. I prefer to imagine them like this:

CK: Miss you, James! Too bad you're so far away.
JT: Me too! Would be nice to see your smiling face.
CK: Send the family my love! Don't forget you've got a friend.

Taylor welcomes Bonnie Raitt onstage during their encore. "We won't forget this," Taylor tells the cheering crowd.
Emily Goldstein
KEEP THE DALLAS OBSERVER FREE... Since we started the Dallas Observer, it has been defined as the free, independent voice of Dallas, and we'd like to keep it that way. With local media under siege, it's more important than ever for us to rally support behind funding our local journalism. You can help by participating in our "I Support" program, allowing us to keep offering readers access to our incisive coverage of local news, food and culture with no paywalls.
Make a one-time donation today for as little as $1. 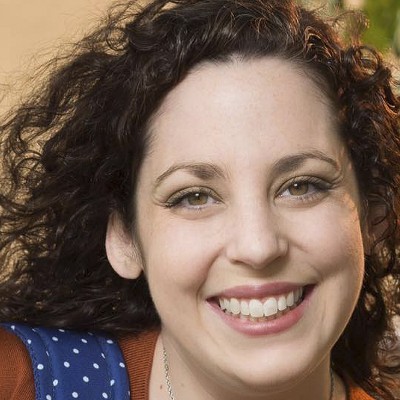