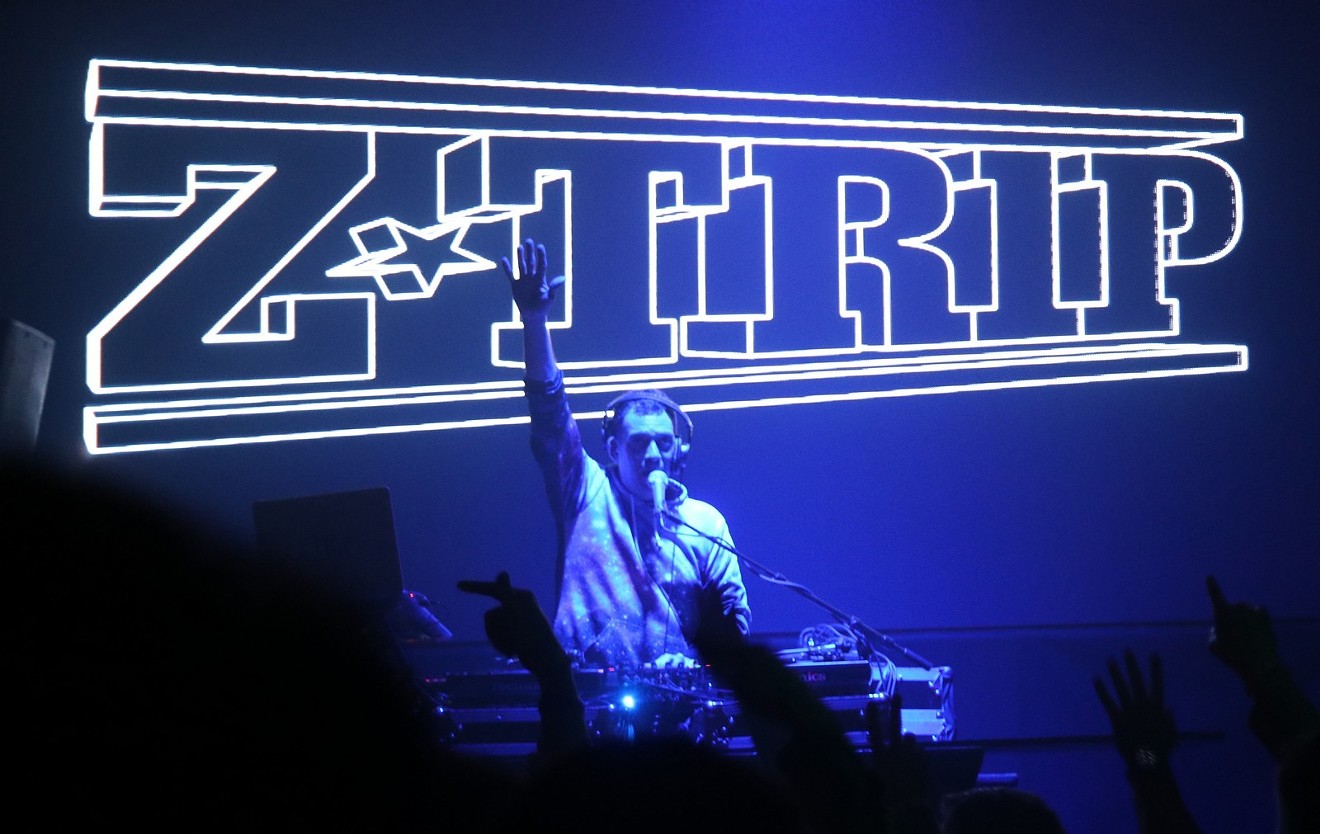 DJ Z-Trip is on the bill for Scratch Session. Roderick Pullum
Banjos to Beats has assembled some of the most iconic names ever to grace turntables for its summer DJ series Scratch Session.

The lineup comprises DJ Nu-Mark, DJ Z-Trip, Just Blaze, Kid Capri, Mix Master Mike, and DJ Jazzy Jeff. The shows will be Fridays at It’ll Do from June to September. First up for the series launch event June 29 will be DJ Nu-Mark. Leo J and DJ Menace will hold down resident duties for each night.

Scratch Session is the brainchild of Josh and Amanda Smith, the couple behind Banjos to Beats. The Smiths wanted to leverage their experience and resources into something that would show appreciation for hip-hop on a grand scale.

“Scratch Session is an idea that was birthed from a lifetime love of hip-hop music and culture paired with the fact that we have It’ll Do, one of the most revered DJ clubs in the world, right here in Dallas,” Josh Smith says. “Amanda and I wanted to put something special together. We knew that it needed to be something that put the music first … something decidedly unique that could pay homage to hip-hop’s story and influence on modern pop culture.”

In addition to his opening DJ role, Leo J has assisted with booking and logistics for Scratch Session. He says he’s proud to be a part of an event of this stature behind the scenes as well.

“He [Josh Smith] had been telling me for some time that he was cooking up something very special and when the time was right he wanted to bring me in on it," Leo J says. "I’ve been helping connect the dots on some other backend details that have yet to be released. To be quite honest, I’m here to help in any way I can. I’m really grateful to Banjos to Beats for giving me this opportunity to be involved."

Leo J also believes the format will make the event memorable to true fans of hip-hop.

“I think what’s going to be very important for folks to understand is that we are taking it back to two turntables, a mixer and party jams," he says. "This series is for the hip-hop-heads that love DJ culture and great music."

Concept and love for the genre aside, the marquee names are without a doubt the draw of this event. Turntable legends were necessary for Scratch Session to have the desired impact.

“We put a lot of love and thought into building this lineup, and it really means a lot to see people identifying with this iconic group of artists," Josh Smith says. "Each of these DJs made a significant contribution to their art form and continue to push the culture forward. It was important Scratch Session didn’t become about nostalgia. We sought out talent that could inspire via their track selection and keep the dance floor engaged while blowing minds with their technical skills."

Producing events is obviously nothing new for the Smiths and the staff of Banjos to Beats, which was formed in 2009. Josh Smith says there’s an element of public service and hometown pride present that helped push them to bring Scratch Session to fruition.


“Dallas is home, and the people that live here are incredible." – Josh Smith

“Dallas is home, and the people that live here are incredible," he says. "There is a vibe and sense of community in our city that you just don’t find in other major metropolitan areas. In many ways, Dallas has a small-town feel but with big-city possibilities. With that, Scratch Session is not just a celebration of hip-hop but also a celebration of our hometown culture and community."

Scratch Session Lineup/Dates
June 29: DJ Nu-Mark
July 13: DJ Z-Trip
July 27: Just Blaze
Aug. 3: Kid Capri
Aug. 17: Mix Master Mike
Sept. 7: DJ Jazzy Jeff
KEEP THE DALLAS OBSERVER FREE... Since we started the Dallas Observer, it has been defined as the free, independent voice of Dallas, and we'd like to keep it that way. With local media under siege, it's more important than ever for us to rally support behind funding our local journalism. You can help by participating in our "I Support" program, allowing us to keep offering readers access to our incisive coverage of local news, food and culture with no paywalls.
Make a one-time donation today for as little as $1.
Roderick Pullum
Contact: Roderick Pullum