Kevin Hawkins Works Out His Past With Mixed Emotions 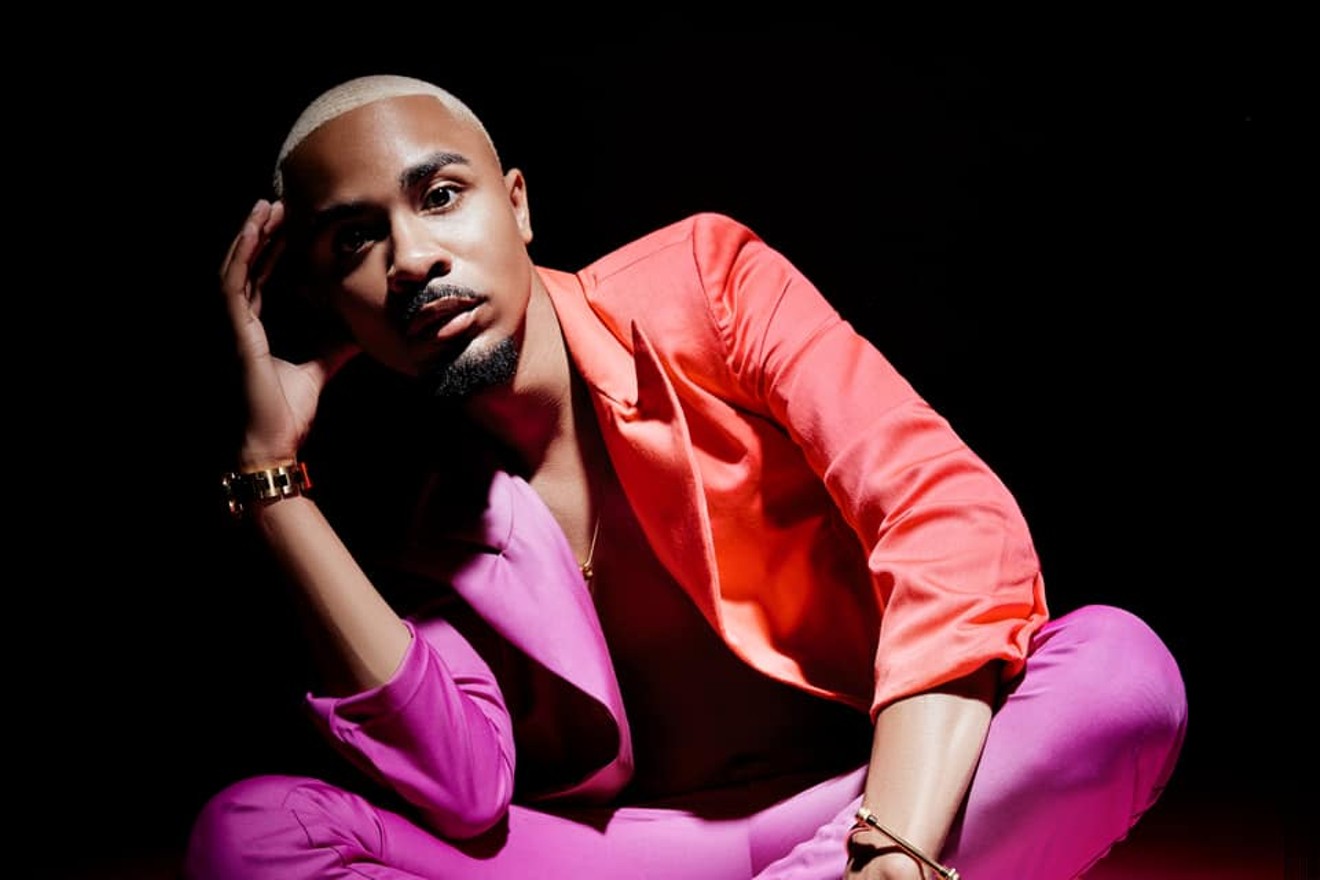 Kevin Hawkins defones new relationship terms and relives his past in Mixed Emotions. Ahmad Barber
Dallas-based singer-songwriter Kevin Hawkins had an emotional transformation that started well before the pandemic. Over the course of five years, he wrote and recorded his debut album Mixed Emotions, which was released last fall. Through the 15 tracks, the musician walks through his past and makes sense of his old relationships.

Hawkins’ musical journey began when he was only two years old, by singing at his grandfather’s church. When he reached middle school, he picked up the trumpet, piano and organ.

Hawkins enrolled at the University of North Texas in fall of 2012, where he studied vocal performance and music education. In 2014, however, he had to leave UNT to recover from a medical procedure. Hawkins started writing and recording music, but finding his niche took time. He didn’t want to release songs that didn’t accurately reflect his experience.

“I didn't feel comfortable putting out music until I actually went through something, because I wanted all of my songs to be relatable," Hawkins says. "I really had something to talk about when I went through a tumultuous relationship. At the time, I had fallen into a depression and I stopped actually recording music for a minute. And then I had to get back to it.”

Hawkins wrote Mixed Emotions “on and off” between the ages of 20 and 25. His song "Situationship" was inspired by an old flame, and Hawkins defines the term as “more than friends with benefits, but less than relationships.”

“At the time, I was pretty much going back and forth with someone,” Hawkins says. “I wanted more. I felt like we could’ve had more, but it wasn’t getting there. So I had to leave the situation and move on. Situationships hurt just like relationships, but you have to have the guts to say, ‘If we’re not going to put a title on this, then we’re going to have to move on.’”

On the track “The One Thing,” which features late rapper MO3, Hawkins explores a relationship that has gone toxic. The inability to reciprocate someone's love, he says, is “the one thing” he can’t stand about himself.

Hawkins was not in the studio with MO3 at the time they recorded the song, but did meet him several times.

“I remember the night we were recording it, he finished the track rather quickly,” Hawkins says. “He sent it back within a total of four hours.”

Each track on Mixed Emotions is deeply personal, taking listeners through anecdotes from various phases of Hawkins’ life. One of the most introspective is “Funeral,” on which he questions the impact he will have after he dies. It was one of the first songs Hawkins wrote for the album, while he was still a student at UNT. He remembers the time as a transitional point in his life.

“People always have something to say about how you’re living and what you’re doing ... and I’m just like ‘What will these people say when I’m gone? Will anybody remember my music?" –Kevin Hawkins

“People always have something to say about how you’re living and what you’re doing,” Hawkins says, “and I’m just like ‘What will these people say when I’m gone? Will anybody remember my music? Will they remember my name? What’s the lasting impression I’m going to leave?’

"People are gonna see the title ‘Funeral’ and think it’s sad, but I actually look at it as inspirational. I feel like we need to give people their roses while they’re here, because once they’re gone, they’re gone. And we definitely saw that with 2020.”

Hawkins’ trained vocals shine through on the record. The church influence is present, even if some of the songs are sexual in nature. While many of today’s R&B artists use trap beats for their songs, Hawkins prefers instrumentation. Still, Hawkins says that we should embrace modern R&B.

“People try to discredit a lot of the artists today,” Hawkins says, “but in a way, the newer artists are actually doing their thing. It doesn't mean it's not R&B, it’s just a new approach. We can appreciate what we consider the traditional R&B as well as appreciate the new artists that are giving us an experience today. You don't have to bash them.”

Hawkins will release a live version of Mixed Emotions on Mother’s Day weekend. He hopes the live version, which will feature his full backing band, will allow listeners to connect more with the music.

“I know for me, I love to listen to albums,” Hawkins says, “But if I listen to something live, I fall in love with it more.”
KEEP THE DALLAS OBSERVER FREE... Since we started the Dallas Observer, it has been defined as the free, independent voice of Dallas, and we'd like to keep it that way. With local media under siege, it's more important than ever for us to rally support behind funding our local journalism. You can help by participating in our "I Support" program, allowing us to keep offering readers access to our incisive coverage of local news, food and culture with no paywalls.
Make a one-time donation today for as little as $1.