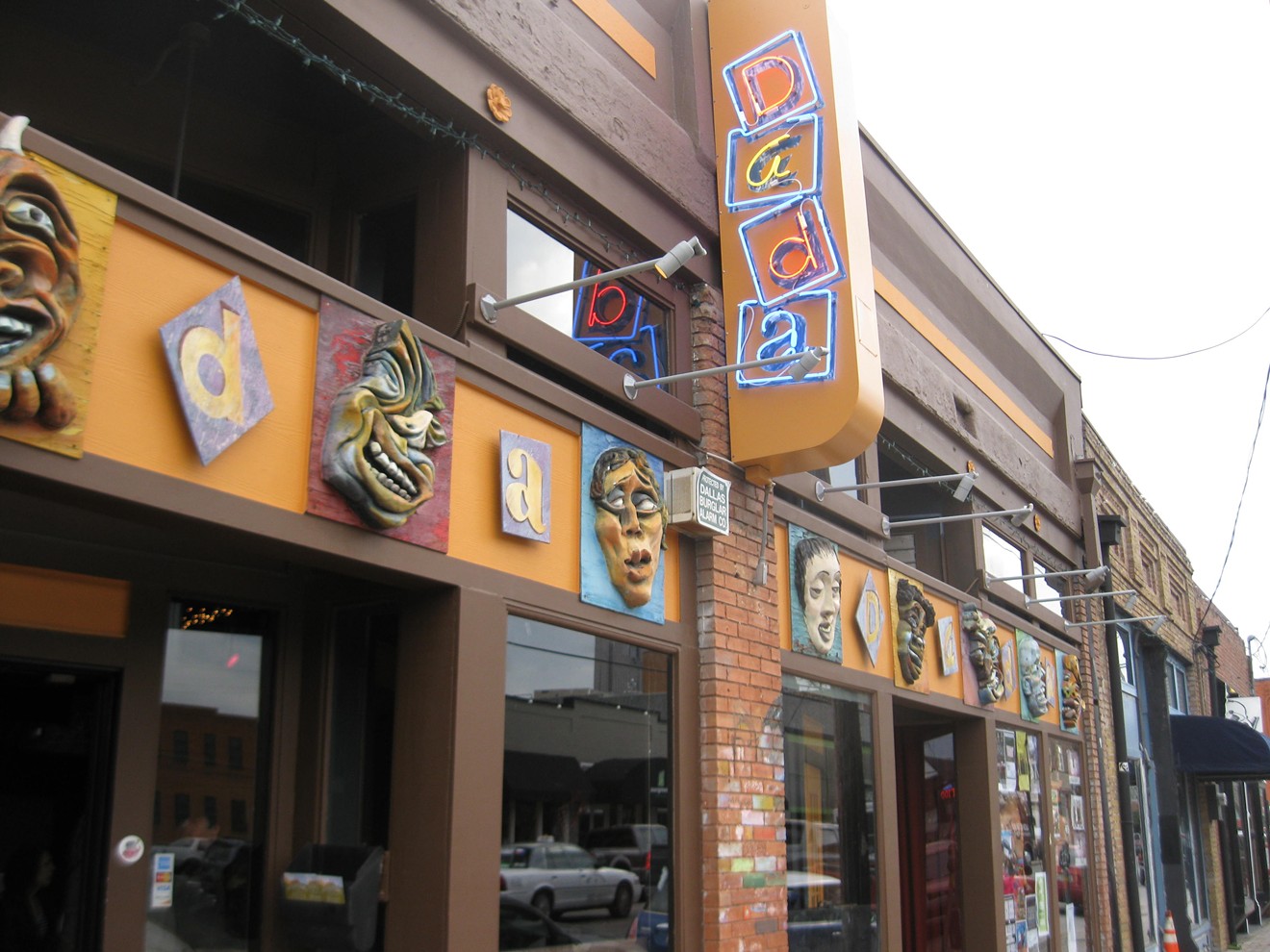 Tim Daniels, co-owner of popular Dallas venues such as Club Dada and Off the Record, died of COVID complications this past Saturday. Alex Gonzalez
Dallas lost a pillar in its music community when Tim Daniels, co-owner of Club Dada, Off the Record, and other venues, passed away from COVID-19 complications on Saturday, Jan. 15. Daniels is remembered in the community as someone who was always there to support musicians and even patrons who needed some help. A memorial page has been set up in his honor to help his mother, Mary, for whom Daniels was the sole financial provider.

With COVID still going strong, Fort Worth’s Fortress Festival has decided to cancel its 2021 festival, which was rescheduled from 2020. All ticket holders will be refunded in the coming days, and the festival is expected to try again next year in April. In the meantime, Fortress Presents has teamed up with Wild Acre Brewing to create Wild Acre Live, a new multi-stage live venue complex located at Wild Acre's original brewery in Fort Worth. The outdoor stage will reportedly feature a mix of local artists from across DFW alongside popular national touring acts.

Post Malone has struck again. The Grapevine rapper who gave every student at Grapevine High School a pair of his new Crocs last December, last week gifted 10,000 pairs of his sold-out Duet Max Clog II Crocs to frontline healthcare workers in over 70 hospitals across the country. The donations were made in collaboration with Musicians on Call, a nonprofit that brings live and recorded music to patients’ bedsides in healthcare facilities.

The queen of Tejano music, Selena Quintanilla, has been honored with a new national podcast. On Jan. 13, WBUR and Futuro Media launched Anything for Selena. The nine-episode podcast follows Selena’s life story, her legacy and what she means to the Latinx community across the country.

The first single from Southern psych-rock band The Mammal Virus titled “Pandemic (In the Streets)” will be available everywhere Saturday, Jan. 23. A song about the hell the nation has been through over the past year, the new single grapples with the personal politics that have, for some reason, come into play in the issue of national health. To celebrate the single’s release, The Mammal Virus will be playing a free show this Saturday, Jan. 23, at Main at South Side (M.A.S.S.) in Fort Worth.

Speaking of what happens when personal beliefs get all mixed up in politics, several local musicians have recorded songs and even albums tackling the widespread conspiracy theories that have been tearing at the fabric of our nation and its sanity.

Metal band From the Grave gave us their take on this fabric-torn nation, releasing the new video for “Invest on the Inside” with lyrics and images that speak to how “hate has carved these streets of stone” where “tragedy brings us back home.”

Another band questioning their own sanity in these times is the new street punk band Morocco, who cry out on their first single, “Doomed to Drown,” “Why is it so hard to stop drinking and smoking?” Well, you picked one hell of a time to quit, guys.

“Lunatic Zone,” the latest single from the collaboration between psych-rock pioneer Johndavid Bartlett and leaders of the new wave of psych Acid Carousel, is available now on most platforms. The new single has a bit more of a blues feel than what we’ve heard from the project recently, but things get groovy with the help of a wild sax and frenetic keyboard.

Want to get even groovier? Self-described creators of “improvised space gaze” music, Maestro Maya just released a new live album that was filmed and recorded in the woods as part of a 30-minute segment in Andrew Hammond Kendall’s virtual NO FEST last December. Live from Planet Maya is available in both audio-visual and audio-only formats.

Alt-indie band Todaychaser will play Friday, Jan. 22, at Main at South Side in Fort Worth with support from Chase Ryan & the Bad Days.

Also this Friday at Adair’s Saloon, singer-songwriter Alexis Sanchez will perform live for those who wish to come out and will be streaming for those who don’t.

On Saturday, Jan. 23, punk rock band The Wee-Beasties will bring their wild show to The Haltom Theater with support from Maleficus, Santa Mortem and In Blood.

Also on Saturday night, it will be metal mayhem in Arlington when Resident Eden takes the stage at Mavericks Bar & Grill with support from Raid, Burning Mary, Asphalt and Douglas Woodlane.

On Jan. 26, blues-rocker Big Mike continues his Tuesday night residency at Tulips in Fort Worth.
KEEP THE DALLAS OBSERVER FREE... Since we started the Dallas Observer, it has been defined as the free, independent voice of Dallas, and we'd like to keep it that way. With local media under siege, it's more important than ever for us to rally support behind funding our local journalism. You can help by participating in our "I Support" program, allowing us to keep offering readers access to our incisive coverage of local news, food and culture with no paywalls.
Make a one-time donation today for as little as $1.