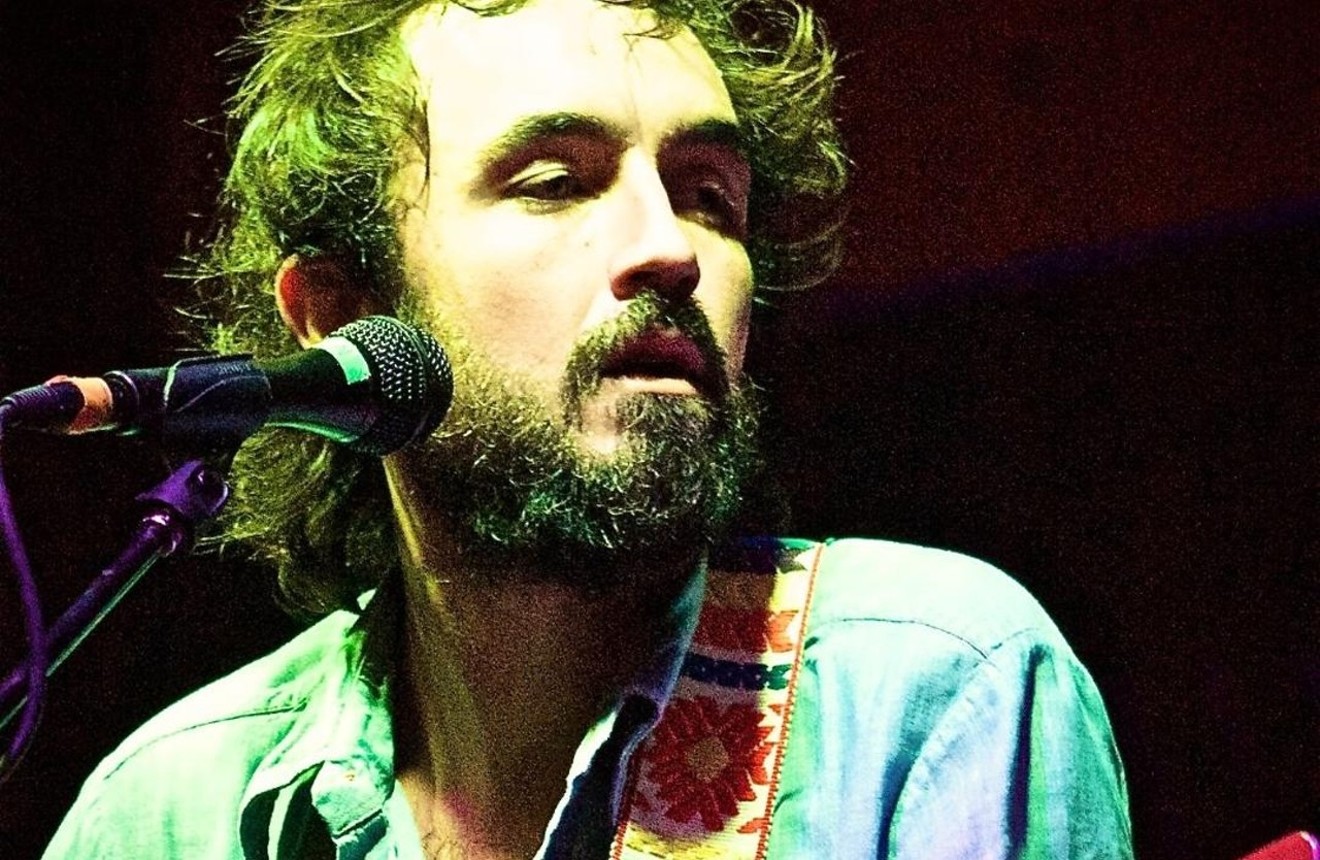 
It’s been around six years since a chance encounter in Mexico led to a collaboration between Steely Dan member Donald Fagen and the band then known as Oh Whitney. Now known simply by the name of the group’s lead vocalist, Peter More, the group is finally ready to unveil what would have been Oh Whitney’s sophomore album. If that sounds confusing, it is.

Beautiful Disrepair comes out June 29 under the name Peter More, but it’s largely the same album first hinted at in 2012. The inclusion of Fagen on the production was particularly noteworthy at the time, given his stature in the industry, but his touring schedule with Steely Dan and producing style contributed in part to the album’s delay. It also didn’t help that the recording took place across a continent.

If globetrotting had been the only obstacle, More would’ve been right at home. The Fort Worth native’s migratory nature is well documented. He says summer vacations to San Miguel, Mexico, were influential to his growth as an artist, which his family encouraged. More’s Fort Worth roots run deep, however. His late grandmother Martha Hyder was a beloved local civic leader and founder of the Van Cliburn International Piano Competition.

“Fort Worth to me was important,” More says. “It’s just a scene [where I was] surrounded by a lot of creative people, and my parents were very much behind me pursuing something creative, and that went hand-in-hand with San Miguel. Because San Miguel is this amazing place where people love to collaborate and people love to do projects together and create together.”


“Fort Worth to me was important." – Pete More

That’s exactly where Fagen ran into the Oh Whitney bassist at the time, Diego Noyola. But early on in the collaboration, More’s laptop (new lyrics and songs included) was stolen from his car at a wake. The ensuing rewrites delayed the project even further, but it seems the extra time has only served to improve the final product.

“I had to rewrite a bunch of stuff, and we had to push back some of the recording, but some of the songs changed, and I think for the better,” More says. “I had to sort of be at peace with that at the time.”

Despite all delays and the piecemeal process of recording, there’s a definite sense of harmony in the 11 tracks off Beautiful Disrepair. More describes Fagen as a cross between a mad scientist and your most supportive uncle, experimenting with guest musicians, melodies and styles and always ready to offer sage advice.

“When we first got together, I thought we were just going to be doing a demo, and I didn’t know it was going to turn into him producing a whole record, but he was like, ‘Yeah, let’s do a whole thing,’” More says. “As a producer, he was a real pleasure to work with. He wanted to get the best out of the band and the songs, but he was never pushy or anything. He was always just very supportive.”

The album is a melting pot, showcasing a much higher level of diversity than Oh Whitney’s debut. Styles shift throughout, sometimes midsong, as on “Not In the Cards.” A mournful More works his voice up from a whisper before the track breaks into a redemptive jazz beat halfway through. Other album standouts include the ethereally Southwestern flavor of “Fireflies,” the talk-box wubs of cantina banger “Cuando” and More’s brand of barroom blues rock on the album’s first single, “In the Basement.”

On paper, Beautiful Disrepair looks confounding. In practice, it oozes personality. One can practically identify where and when each member of the band or Fagen left fingerprints. Guitarist Jose Poyatos’ flamenco influence rings out on the title track, and the guest musicians brought in by Fagen make their marks, including his stepdaughter Amy Helm, whose voice is a cherry atop More’s played-up Southern accent on “Country Love Song.”

“There was never anything that felt forced with the project,” More says, and that says everything you need to know.
KEEP THE DALLAS OBSERVER FREE... Since we started the Dallas Observer, it has been defined as the free, independent voice of Dallas, and we'd like to keep it that way. With local media under siege, it's more important than ever for us to rally support behind funding our local journalism. You can help by participating in our "I Support" program, allowing us to keep offering readers access to our incisive coverage of local news, food and culture with no paywalls.
Make a one-time donation today for as little as $1.