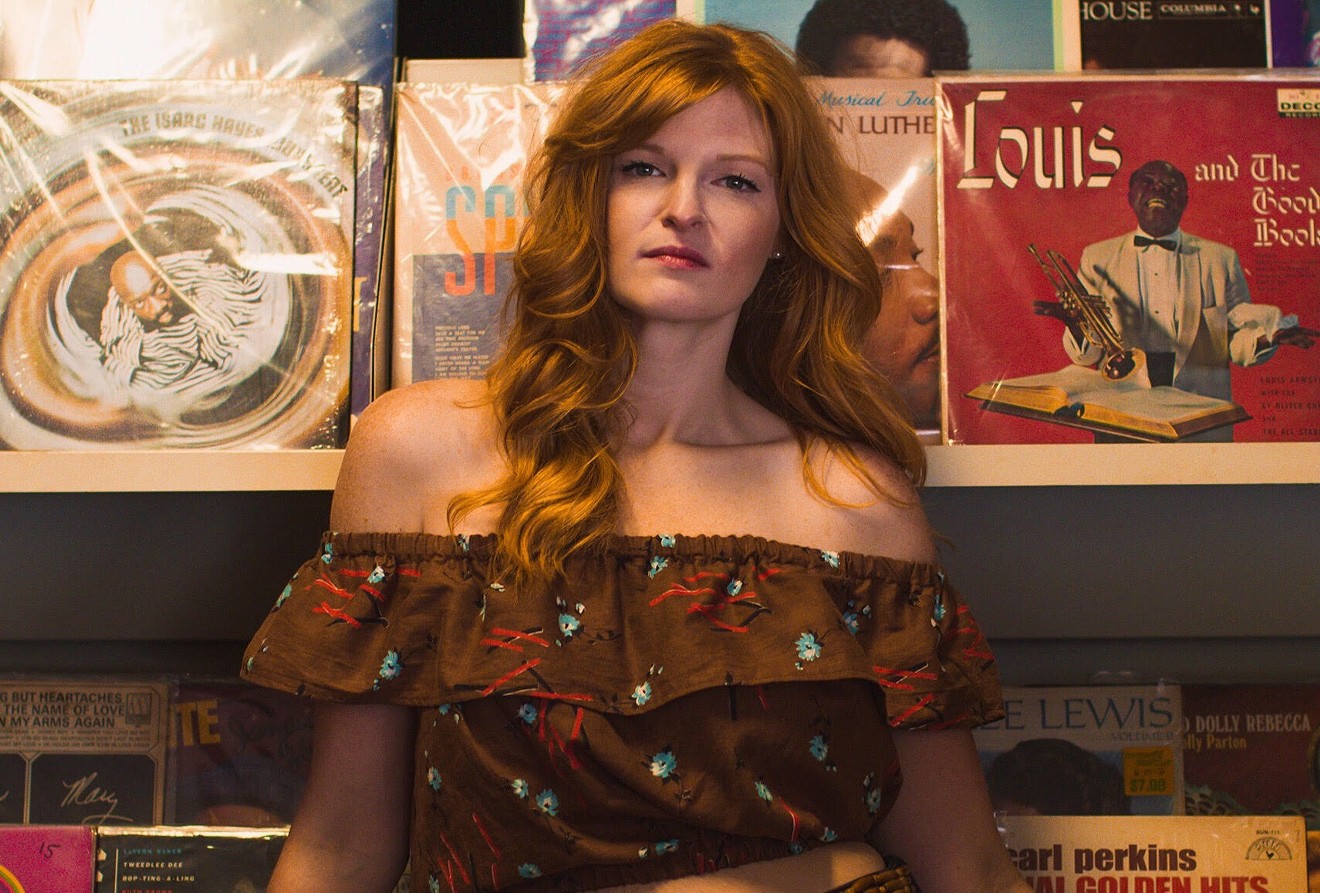 Meredith Crawford took all the heart from her native East Texas pastures and poured it into her debut LP. Chloe Bertrand
When spoken in a Texan accent, the words “soil” and “soul” basically become homonyms, and it may be no coincidence that those two things (admittedly, in a very simplified way) are what make up singer-songwriter Meredith Crawford’s music.

The "soil" is the deep reverence and appreciation she has for her Texas homeland: the pastures, the woods, the lakes, the streets and, most important, the people who dot the prairie of the eastern portion of Texas, from where she hails. The "soul," meanwhile, being the kindness, the joy, the emotionality and the comfort that comes with those places, what colors them and gives them meaning. Together, the physical and ethereal elements interact in Crawford’s debut LP Transit.

Crawford grew up in Chandler, which, in addition to being home to just under 3,000 people, also holds the motto “The City With a Heart.” Perhaps it was passing that “Welcome to Chandler” sign back and forth in her youth so many times — or more likely by pure happenstance — that Crawford's debut is almost overrun with heart.

The heart inherent in Crawford’s songwriting is the golden thread that holds it together. That, along with her cracked country baritone voice, which falls somewhere between Bobbie Gentry and Patsy Cline. Musically, however, the album oscillates between genres — like a kid picking an outfit for a first date — changing musical style to the point that the only constant on the record is change itself. From barnburners to ballads, from new wave to the sounds of a wave goodbye — Transit has it all.

“I mainly wrote that song to keep that story alive," Crawford explains. "Like my own version of ‘Battle of Orleans’ or ‘Wreck of the Edmund Fitzgerald.’ But once you start songwriting it’s no longer music. In a way, it’s more of a conversation.”


"(O)nce you start songwriting it’s no longer music. In a way, it’s more of a conversation.” — Meredith Crawford

The album continues with other "conversations," such as “Best Kept Secret” (which sounds like the result of an older '60s or '70s pop act like The Beatles or the Byrds recording at Motown) and “Ransom,” which Crawford describes musically as the “Rasco” song on the record, in that its tonality was born of  guitarist/beau/bandleader Chris Rasco’s proclivity toward '80s pop music such as Tears for Fears.

These songs, mentioned together, highlight the album’s range. It takes its listener through several decades and locales, through Crawford's low, sun-drenched voice. The album uses Crawford's coupling of songwriting honesty and individuality as its anchors, with which it braves the crashing waves of ever-cycling genres, the waves of whirling spacy guitar pads in the background — that at the drop of a dime can immediately transubstantiate into guitar solos hotter than the Texas sun in July. Finally, the album’s emotional peak is the title track “Transit.” A melancholic but hopeful song that almost feels like it was recorded inside of a dream while simultaneously recalling shades of stadium rock songs from eras passed. Stadium rock but, you know, good.

It is all of Crawford’s assorted influences, with the north star guiding lights of her songwriting depth and voice, that combine to cement the lore of Meredith Crawford as one of the most exciting new acts in East Texas’ burgeoning and flush music scene. Boasting diversity to the point that folk artist Heather Little could easily be mentioned in the same breath, one could even imagine Crawford on the same stage as psych-rock outfit Gorgeous Jetson. This melting pot of a scene in East Texas repaid her in this last year with a veritable cornucopia of awards at the annual ETX (East Texas) Music Awards, including Entertainer of the Year, Best Song, Best Album, Female Vocalist of the Year and an ancillary win when her band’s guitarist, Deep Ellum-bred Chris Rasco, took home the award for Best Guitarist.

Awards aside however, Crawford’s album is opening up more avenues for the native East Texan who now is at a point in her career when she is playing in larger and larger cities both in Texas and beyond, all the while being supported by those fans, family and followers that she will forever hold in higher regard than any award.

“East Texas is my home and will always be my home," she says. "But there are challenges that lie outside its boundaries that I need to go after. If you’re gonna play music, play music, daggum it!”
KEEP THE DALLAS OBSERVER FREE... Since we started the Dallas Observer, it has been defined as the free, independent voice of Dallas, and we'd like to keep it that way. With local media under siege, it's more important than ever for us to rally support behind funding our local journalism. You can help by participating in our "I Support" program, allowing us to keep offering readers access to our incisive coverage of local news, food and culture with no paywalls.
Make a one-time donation today for as little as $1.