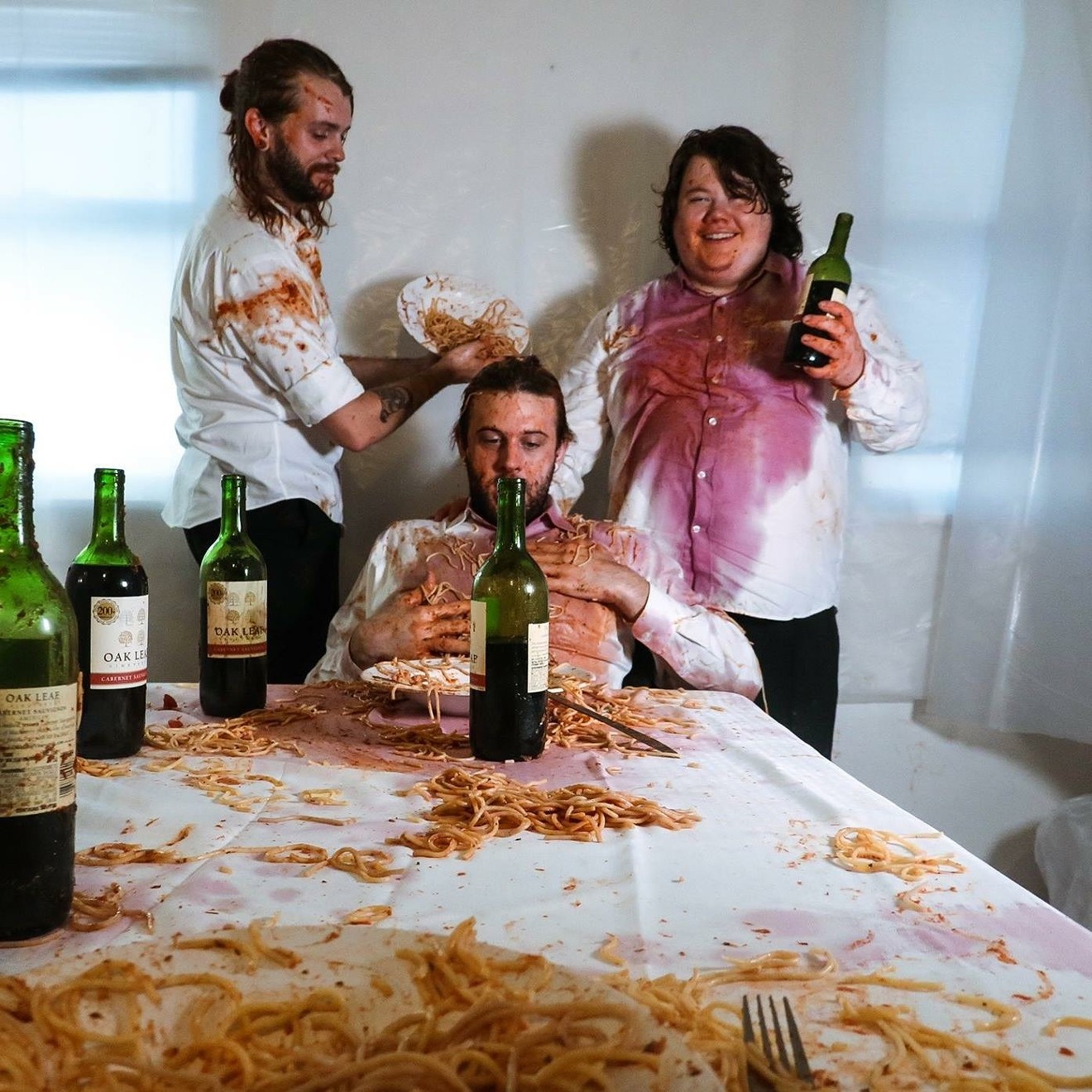 Meet Upsetting, formerly Teenage Sexx. All Hallows Productions
The boys in Teenage Sexx are all grown up and have changed the name of their band to Upsetting.

Teenage Sexx started as a garage-punk solo project formed in 2014 in singer and guitarist Caleb Lewis’ trailer park bedroom in Kervin, Texas, when the singer was a teenager. Its name was a way for Lewis to make fun of himself.

“I was the only person I knew who was still a virgin,” Lewis told the Observer last year. “I thought it was funny. … It raises some eyebrows.”

It has been a big year for Lewis and company — bassist and singer Kevin Adkins and drummer Charlie DeBolt.

Since the release of the Jesus Christ EP in June 2017, the band has been on a West Coast tour, released two music videos and matured lyrically and instrumentally.

The switch in band names is not just a sign of that maturity; it also reflects the way in which the band members have come together as a group.

“We are maturing musically and literally,” Adkins says, “so we kind of wanted to find a name we could stick with no matter how old we get. Since Charlie joined the group, I felt like it would make more sense to have a name that we all have a say in and connect with.”


“We are maturing musically and literally, so we kind of wanted to find a name we could stick with no matter how old we get." – Kevin Adkins

“We had been thinking about it for a while,” Lewis adds, “and us beginning to work with state fair felt like the right time to actually do it. We also just really wanted a name that better suited our sound. I've been writing lyrics since I was 16, and I turn 21 next week. A lot has happened in my life, so naturally I don't want to write dumb songs about just smoking weed anymore.”

The lyrics have certainly gotten deeper, but that is not the only thing that has changed in the band’s sound since the name switch. The new full-length album, Everything I’ve Done So Far, sees Adkins and Lewis sharing lead vocal duties.

Adkins has been writing more and getting more comfortable with his voice as the band has grown together.

“I’ve been writing a lot of songs — like I probably have around 20 songs most people have never heard,” Adkins says. “It took me a while to get comfortable in my own style, but I believe we have found a good medium now with me and Caleb.”

“Kevin has come a long way,” Lewis says. “I love the songs he has on this record. He also was more active in his songwriting before heading into the studio.”

DeBolt was also more involved in the songwriting process than on past records.

“Charlie also wrote a verse for two of my songs, ‘Going Nowhere’ and 'Don’t Worry I’ll Be Happy Someday,'" Lewis says. "He wrote the second verse for each.”

“Bringing a big group of our friends into the studio was awesome,” Lewis says. “That’s something we've wanted to do for a few years now, and it turned out exactly how we wanted it.”

“It was absolutely insane just having enough time in the studio to get a dozen people together," Adkins adds. "We’ve tried group vocals in the past to almost no avail, but this time we were actually able to execute it and it sound amazing. I was blown away with how well everyone did.”

The chorus gives the album a larger, warmer sound, whether by adding to the party atmosphere of “Spring Break” or creating a cathartic community on “Don't Worry I'll Be Happy Someday.”

Drawing on influences such as Joyce Manor, Modern Baseball, Tiger's Jaw and Title Fight, the album tackles the greatest pains with the greatest joys.

“Doris,” a song about losing a loved one, ends with a message Adkin’s grandmother left on his voicemail before she died. “Impossible,” however, celebrates the unlikelihood of finding someone to love you as you are.

To celebrate the digital release of the album Sunday, Upsetting will host a preview party at 7 p.m. Saturday at Spinster Records. TIRED, Sub-Sahara and Mother Tongues will play live sets.

The physical release of Everything I’ve Done So Far will be July 27, and the band will have a free release show at Andy’s in Denton.
KEEP THE DALLAS OBSERVER FREE... Since we started the Dallas Observer, it has been defined as the free, independent voice of Dallas, and we'd like to keep it that way. With local media under siege, it's more important than ever for us to rally support behind funding our local journalism. You can help by participating in our "I Support" program, allowing us to keep offering readers access to our incisive coverage of local news, food and culture with no paywalls.
Make a one-time donation today for as little as $1.