Texas Band Narrow Head Is Kind of Shoegaze, Even If by Accident 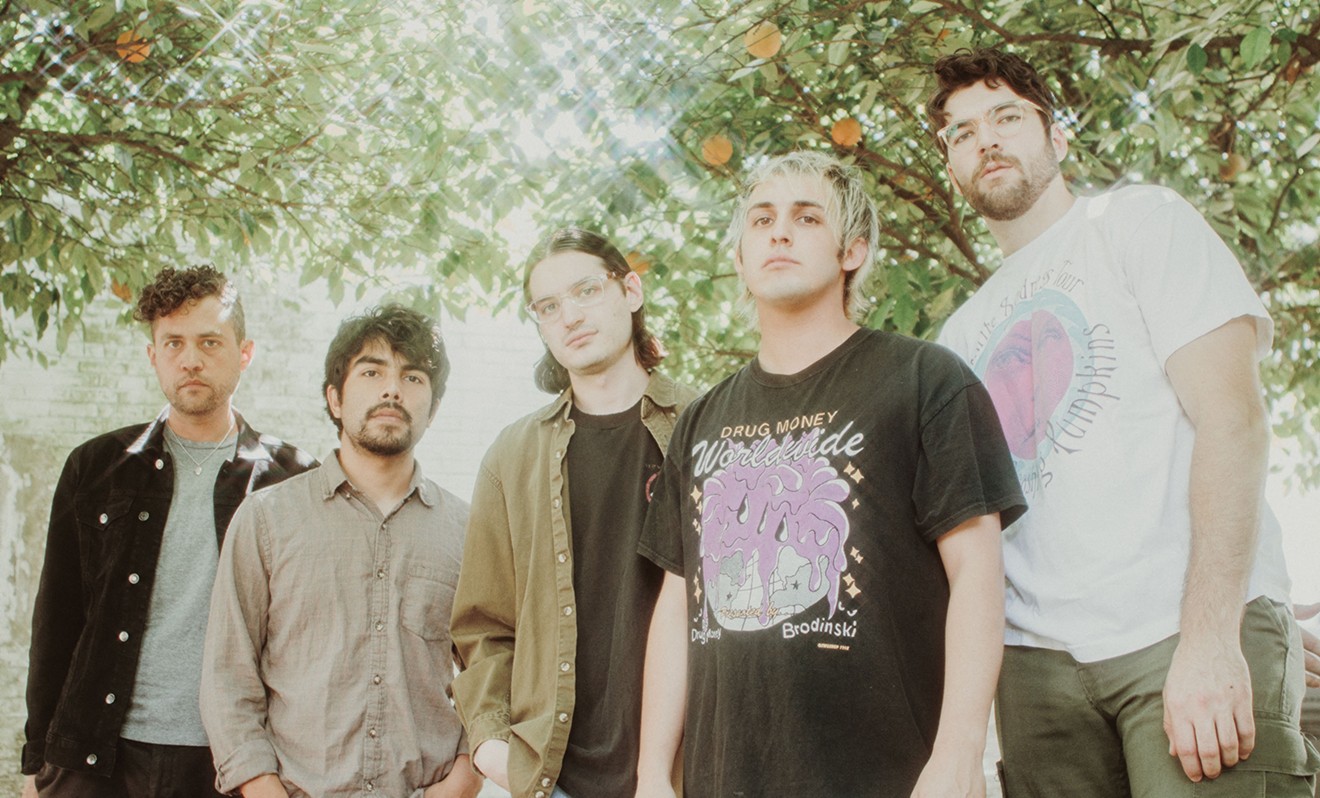 The former Dallas band left for Houston, where bandleader Jacob Duarte found himself and his sound. Na'Stacia Ellis

Houston-via-Dallas band Narrow Head is often classified as shoegaze, but as the band’s guitarist, vocalist and only original member Jacob Duarte puts it, “I don’t even think I like shoegaze.”

He elaborates, “I like My Bloody Valentine, Slowdive, Chapterhouse — all the main stuff — but when it gets too on-the-nose, it’s like, I need aggressiveness.”

Before “shoegaze,” like other genre labels, was coined by music journalists, the noisy, feedback-heavy styles of guitarists such My Bloody Valentine's Kevin Shields were commonly classified as “noise rock,” and they took notes from abrasive predecessors such as Dinosaur, Jr., Sonic Youth and Wipers. The buzzword became even more widespread in the 2000s as bands Silversun Pickups and School of Seven Bells led its revival, and, naturally, hundreds of derivative bands followed — without their own distinctive twist on the genre.

Narrow Head formed in Dallas in 2013 as a reaction against this tendency, and it was Duarte’s way of bringing punch back into the genre. Along with a handful of other bands, Narrow Head is one of the decade’s earliest to experiment with the infusion of shoegaze with punk and post-hardcore.

But the luster of this style faded almost as fast as it started.

Duarte, ever the challenge seeker, is responding with an updated sound in Narrow Head’s upcoming LP, 12th House Rock, which will be released Aug. 28. This will be the band’s first full-length follow-up to their 2016 album Satisfaction.

“If you miss the old sound, just give it up now,” Duarte says. “We’ve all grown up. Our songwriting is better. We have different preferences now. Whatever you hear on this coming record, everything was done on purpose, and everything is supposed to be there.”

The most telling left turns on the album are those that take explicit influence from late ‘80s/early ‘90s grunge stalwarts. Tracks like “Hard to Swallow” channel the straightforward, hook-driven punk sensibilities of bands like Mudhoney, while one of the album’s promotional singles, “Night Tryst” showcases in its Nirvana influence.

Tracks like “Stuttering Stanley” and “Crankcase” find Duarte taking on more nasal, pop-punk vocal deliveries, a style that comes to him naturally. Duarte’s father and uncle, Steve and Rudy Duarte, are members of a '90s emo/pop-punk band from Houston called The Tie That Binds. Because Duarte was fed his father’s musical taste at a young age, one of the earliest musical pillars in his life was Blink-182.


“If you miss the old sound, just give it up now... We’ve all grown up. Our songwriting is better." – Narrow Head's Jacob Duarte

Of course, Duarte’s family life wasn’t always a breeze. He expounds on this at certain points in 12th House Rock, especially in the album’s closing track, “Evangeline Dream” which, turns out, is not wordplay referencing both the Japanese anime series Neon Genesis Evangelion and the German electronic outfit Tangerine Dream.

“Evangeline was my sister’s middle name, and she passed away back in 2013 because of drugs and shit,” he explains. “That year specifically, I was feeling it extra hard.”

While Duarte initially handled his sister’s death in as healthy a manner as he could, he says there was a stretch between 2017 to 2018 in which he “lost control for a minute.” He was 23.

“I started going out more, drinking more … I was figuring shit out and not making the best decisions,” he says.

This out-of-control phase ended when Narrow Head spent six months touring between the United States and the United Kingdom. The former run was with Australian band Death Bells, and the latter was with Boston hardcore band Vein. While he was away from home for half a year, Duarte was productive on the road.

Narrow Head’s most recent tour, a West Coast leg with California hardcore band Fury, proved to be even more fruitful when indie label Run For Cover Records, whose roster has included bands like Modern Baseball and Title Fight, signed Duarte's band. This was announced in late June, not too long after they took on Timmy Hefner of Ground Control Touring as their agent.

The band has built up considerable momentum, even if COVID-19 dampened it, but as they gear up for the upcoming album release, Duarte remains hopeful that greener pastures lie ahead.

“It definitely took the momentum away, but now we get to see again what it’s like to put out an album when you can’t play shows,” he says. “It could be exciting.”
KEEP THE DALLAS OBSERVER FREE... Since we started the Dallas Observer, it has been defined as the free, independent voice of Dallas, and we'd like to keep it that way. With local media under siege, it's more important than ever for us to rally support behind funding our local journalism. You can help by participating in our "I Support" program, allowing us to keep offering readers access to our incisive coverage of local news, food and culture with no paywalls.
Make a one-time donation today for as little as $1.