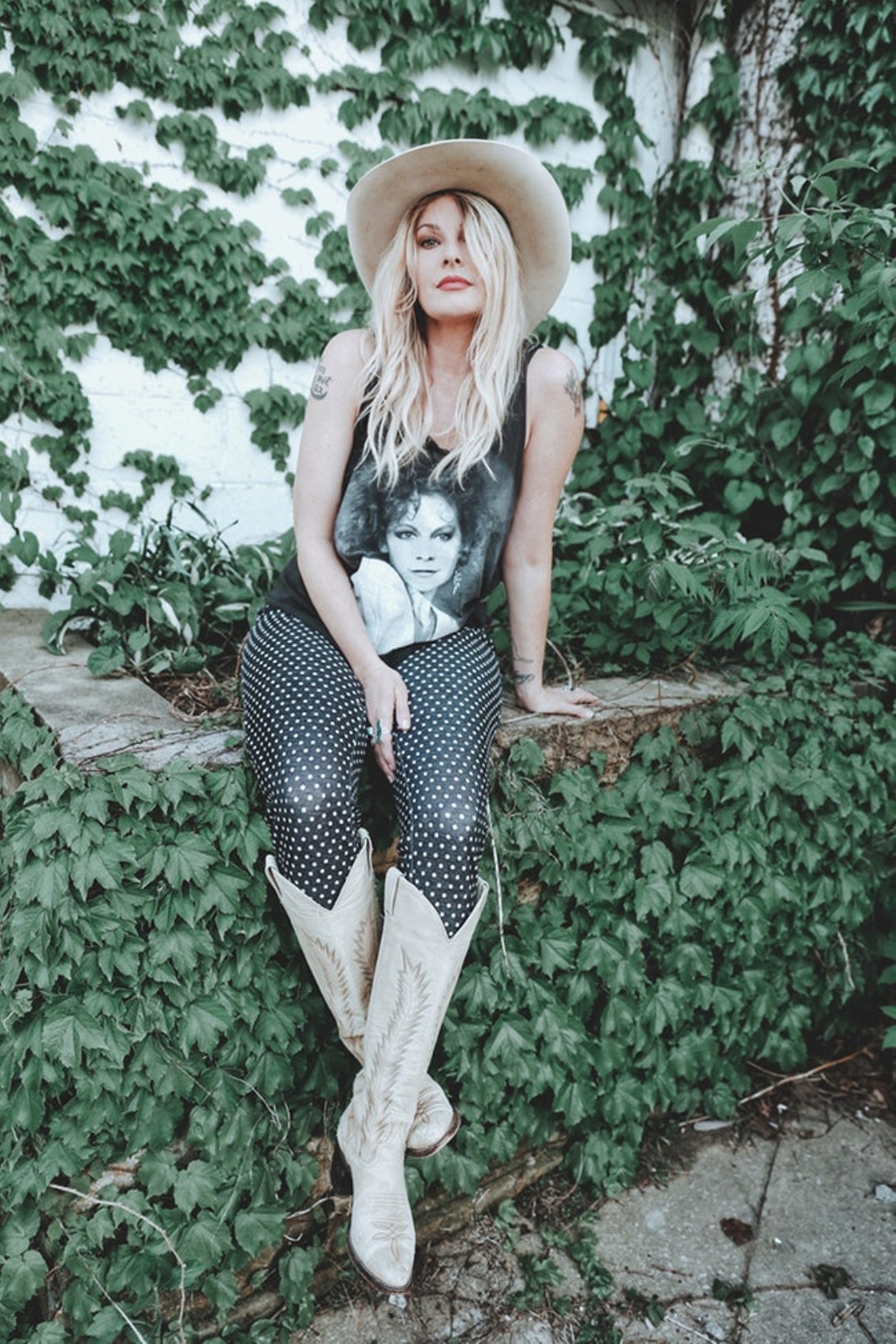 
Elizabeth Cook is talking about geography. Specifically, the striking similarities between her native Central Florida and North Texas.

“There are parts of Florida that are quite similar to Texas. Especially the inland part where there are no beach tourist towns and it’s instead cattle ranch land,” the singer-songwriter mentions. “I grew up with those cowboys and farmers. My daddy welded for those guys and everyone had trucks and cows and boots. The first time I mentioned that at a show in Austin there were some guys that just laughed.”

Turns out those snickering audience members should have paid better attention. Cook, who named her 2010 album Welder in honor of her father’s profession, knows her history and appreciates her roots.

“The truth is the first cattle ranch in America was 35,000 acres and it was in Central Florida. That’s a historical fact. Unfortunately, it became Disney World,” she says with a laugh.

Cook, of course, has nothing but nice things to say about the Lone Star State. She counts it as one of her favorite areas of the country to play and because of the unseasonably freezing weather in the Pacific Northwest, where she spoke with the Observer from a tour stop, is particularly looking forward to her upcoming trip here, especially for some choice brisket, which she counts as one of her favorites.

“There’s not a musician I know that rolls around and says, ‘Ugh, I gotta go to Texas,’” she states positively. “The live music culture is at another level and isn’t seen in a lot of other places when we’re traveling around the country.”


“There’s not a musician I know that rolls around and says, ‘Ugh, I gotta go to Texas.'" – Elizabeth Cook


Cook’s credentials within the music industry are enviable. In a career nearing its 20-year mark, she’s released six studio albums, made hundreds of appearances at the Grand Ole Opry and is an in-demand collaborator with folks like Todd Snider, Jason Isbell and Loretta Lynn. She’s also been enormously successful in a couple of other entertainment mediums. For one, she hosts Apron Strings, a flagship Sirius XM Satellite Radio show that spawned an annual Outlaw Country Cruise and caught the attention of David Letterman, who invited her back for frequent interviews and performances while he was still helming the Late Show. In fact, she recently returned from a stint aboard the Outlaw Cruise. There, she interviewed folks such as Margo Price for her radio show, performed a couple of sets, both solo and with a band, and was so ubiquitous around the scene, that Rolling Stone called her the unofficial “cruise director.” Cook takes it all in stride.

“Yeah, my schedule can be pretty tight on the cruise," she says. "As part of the Sirius family, I hope to keep participating every year. This year it was five days long and we had an extra day off in Nassau, where we got a bit lost before we ended up on a pretty beach with coconut drinks.”

In addition to music and radio, Cook has some IMDb credits. She performed voice-over spots on Adult Swim’s hit animated show Squidbillies, which proved a perfect match for her irreverent humor and unique regional perspectives. That charming personality, with her natural ability to pepper both her songwriting and conversations with witty quips, have led to occasional outreaches from television executives interested in pursuing sitcom possibilities based on her insights. For now, though, Cook is content to get on with the year ahead, one that includes a series of tour dates and the promise of some new music.

“I had a series of traumas around the time I recorded (the 2016 album) Exodus of Venus,” she explains with some measured weariness. “The smoke has finally cleared and I’m enjoying working at what’s next and popping the clutch to get back in the game to the degree I was after Welder.”

Songwriting is never far from her mind and she values each stage of her journey immensely, regardless of the space she finds herself in.

“Writing is like looking back at a yearbook. It’s nostalgic to remember where I was when I wrote certain things,” she states. “It serves as a vessel for me to process things.

“On tour, I go out with a loose plan that I tend to not stick to. My acoustic shows are more like a hang. One of the upsides of those environments is that I get to take the vibe of the room and go with the audience.”

It’s also not difficult to keep tabs on her adventures and journeys. With a large social media reach, Cook takes snapshots of her life with a genuineness not often seen by others of her stature.

“What you see is sort of what you get,” she readily confesses.

A trip through her social media feeds can indeed contain a multitude of happenings. Recent highlights include a choreographed beach dance routine, her boxer puppy in a variety of poses and some #throwbackthursday style vintage family photos. Folks don’t come as honest or as unfiltered as Cook, and she is fine with that openness.

“For as much throwback I can get for sounding like a rambling, stream-of-consciousness host on my radio show, I’m finding that there are also equally a large number of people who appreciate that.”

Elizabeth Cook plays at 7 p.m. Monday, Feb. 18 at Sons of Hermann Hall, 3414 Elm St. Kendall Marvel opens. Tickets are $17.
KEEP THE DALLAS OBSERVER FREE... Since we started the Dallas Observer, it has been defined as the free, independent voice of Dallas, and we'd like to keep it that way. With local media under siege, it's more important than ever for us to rally support behind funding our local journalism. You can help by participating in our "I Support" program, allowing us to keep offering readers access to our incisive coverage of local news, food and culture with no paywalls.
Make a one-time donation today for as little as $1.