Dallas' "White Water Feature." Jim Schutze
Great news this afternoon from Dallas City Council member Scott Griggs. The U.S. Army Corps of Engineers has shot down the city's request to have the Trinity River legally downgraded to a non-navigable river rather than fix a fake kayaking rapids built by the city.

"This I will not do," says Col. Calvin C. Hudson II, commander of the Fort Worth district of the Corps.

The city had asked to the Corps to deem the river non-navigable, since the fake rapids, unusable because of a bad design, has rendered the river un-navigable, which the city had promised would not happen. Rather than fix the rapids or tear it out, the city wanted to get out of its mess by having the Corps rule that the river no longer had to be navigable. Then presumably the city would have left the rapids, a large concrete structure similar to a dam, sitting in the river where it is forever, blocking traffic for canoes and fishing boats.

Hudson said in his letter (copy below) to City Attorney Larry Casto that the Corps "cannot compromise the navigability of the Trinity River and the safety of the public."

The decision by the Corps not to downgrade the river was immediately hailed by North Oak Cliff City Council member Scott Griggs: "The Trinity River must stay navigable for the safety of the public!" Griggs said on Facebook.

"It is difficult to believe that city staff and the majority of the Council supported changing the law to make the Trinity 'non-navigable' rather than remove this terrible boondoggle of a fake water rapid that threatens public safety. Again, thank you Corps!" 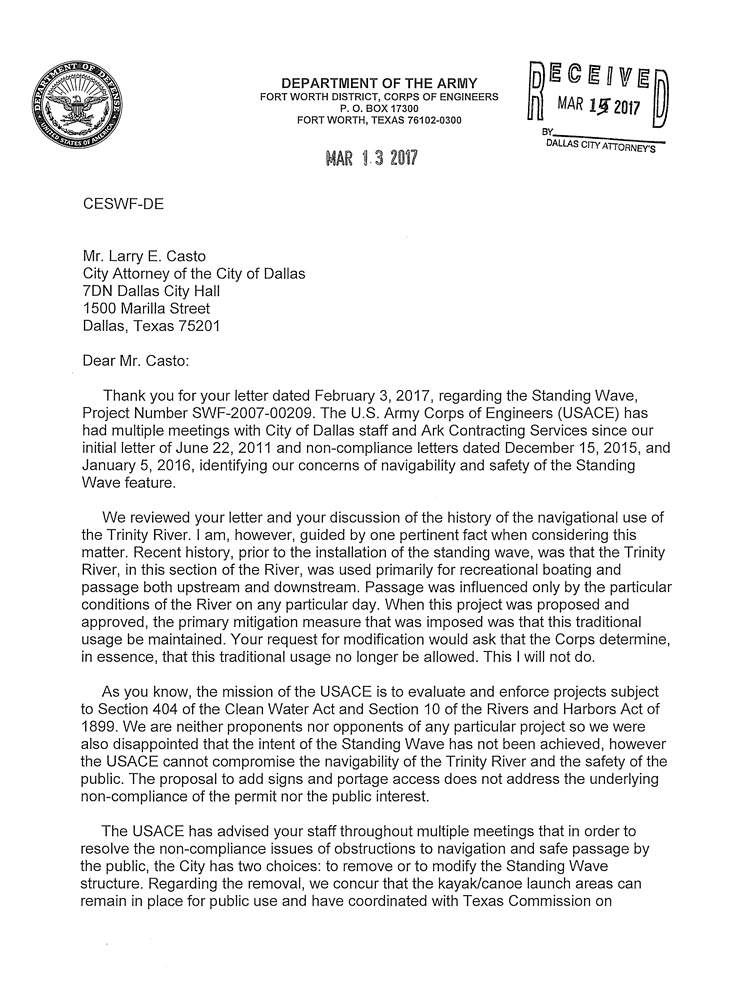 Screenshot of first page of a letter from the Corps of Engineers to the Dallas city attorney.
dallascityhall.com
click to enlarge 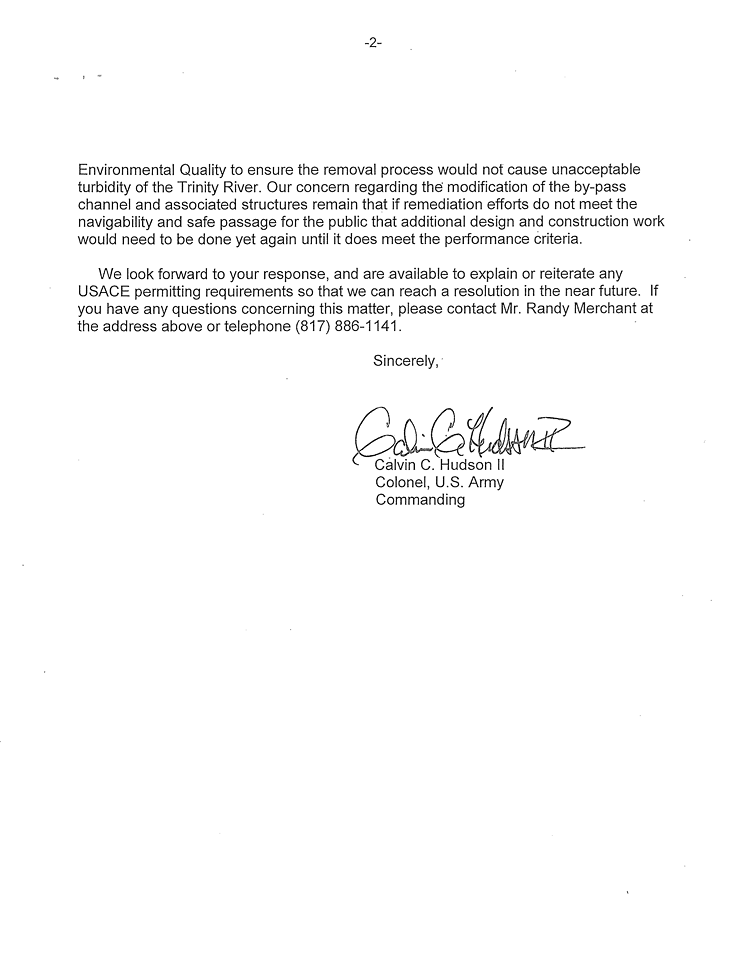 Screenshot of the second page of the letter.
dallascityhall.com