Another Battle of the Billboards: Mothers Against Greg Abbott Take on Texas' Governor 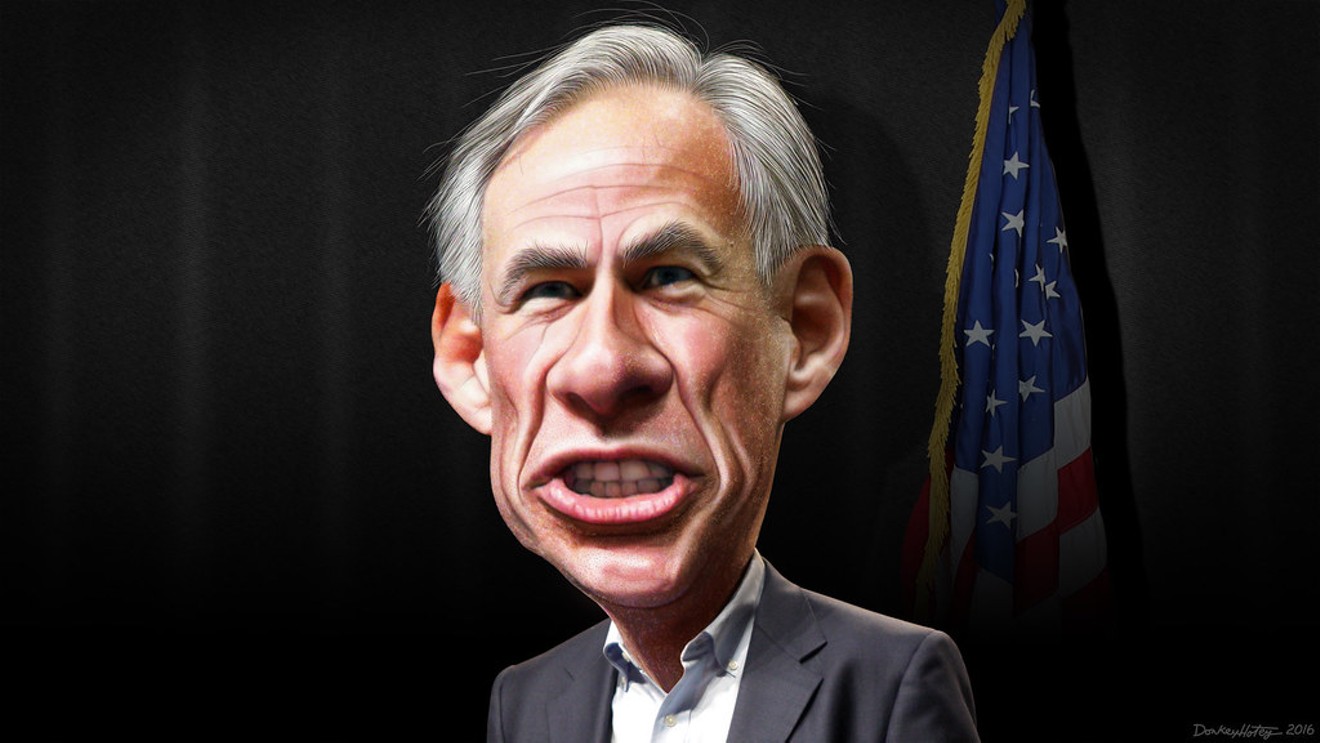 Gov. Greg Abbott has made a group of Texas mothers mad. "Caricature: Texas Governor Greg Abbott" by DonkeyHotey is marked with CC BY-SA 2.0.
Texas’ incumbent Republican governor is touting billboards raised in support of his reelection bid, but a group called Mothers Against Greg Abbott PAC has unveiled signs of its own.

Earlier this week, Abbott tweeted a photo of a red, white and blue billboard, which thanked him “for supporting parental choice.” The governor has campaigned on letting parents decide where they want to send their children to school, be it public, private or charter.

“I'm running for re-election to ensure parents are the main decision-makers in their child's education,” he said in a tweet Tuesday.


I'm running for re-election to ensure parents are the main decision-makers in their child's education. pic.twitter.com/o9AiL2BMVJ

But not everyone believes that Abbott has done enough for the state’s schools, especially when it comes to campus safety.

The conservative politician faced harsh criticism following the Uvalde elementary school shooting in May, which claimed the lives of 19 children and two adults. Detractors argued that he failed to enact meaningful gun measures and that he continued to prioritize donors over Texas’ students and families.

Mothers Against Greg Abbott (note the ironic “MAGA” acronym) is among his most outspoken critics. The group claims to be composed of Democrats, moderate Republicans and independents who share the goal of booting Abbott from the governor’s mansion.

The PAC’s billboards depict a girl carrying a backpack outside Robb Elementary School, the site of the Uvalde shooting. To the picture’s left, the group included a quote from one of Abbott's post-Uvalde press conferences: “It could have been worse.” To the photo’s right, it reads: “Stop School Gun Violence. VOTE BETO!”

The mothers announced the billboards in a tweet on Tuesday evening.

“Our first Billboards are up!” the group wrote. “It will continue to be worse and get worse if Greg Abbott wins. We know what Abbott's world like, it's time to ‘Take Texas Back’ democrats." #VoteBeto.”


Our first Billboards are up! It will continue to be worse and get worse if Greg Abbott wins. We know what Abbott's world like, it's time to "Take Texas Back" democrats." #VoteBeto pic.twitter.com/ycd6WGRLYd

Mothers Against Greg Abbott PAC's signs come in other sizes, too. Residents in North Texas and beyond have begun to plant the group's yard placards.

One such sign appears to be a response to the state GOP's recent book-banning efforts. It depicts a stick figure reading a book above the caption: “COME AND TAKE IT.”
click to enlarge 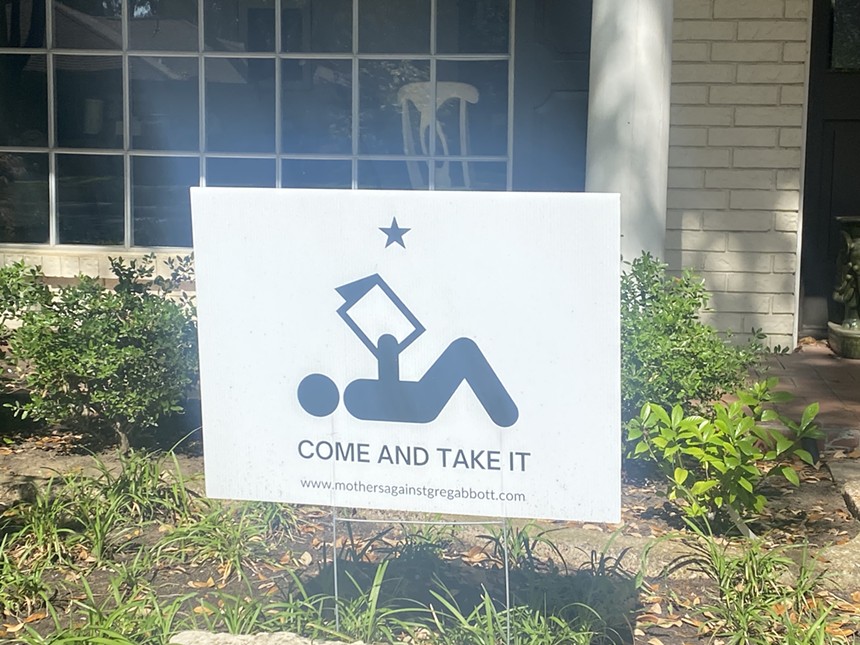 Mothers Against Greg Abbott is also behind these yard signs.
Lauren Daniels
But Lone Star State moms aren’t the only ones who are pissed at Abbott.

Texas activist Olivia Julianna, who serves as the political strategist for Gen-Z for Change, has also condemned the governor via social media. The 19-year-old recently made headlines for raising more than $2 million for abortion funding following a social media spat with far-right Congressman Matt Gaetz.

In response to Abbott’s billboard tweet, Julianna pointed out that Abbott stayed at a campaign fundraiser for nearly three hours after the May 24 shooting, rather than canceling the event and heading straight for Uvalde.

“A lot of parents have made it clear they don’t want their kids to die in school but you won’t do anything about that … how exactly is that allowing them to make decisions?” she wrote. “19 kids. You stayed at a fundraiser for 3 hours. Just stop lying.”


A lot of parents have made it clear they don’t want their kids to die in school but you won’t do anything about that… how exactly is that allowing them to make decisions?

19 kids. You stayed at a fundraiser for 3 hours. Just stop lying.