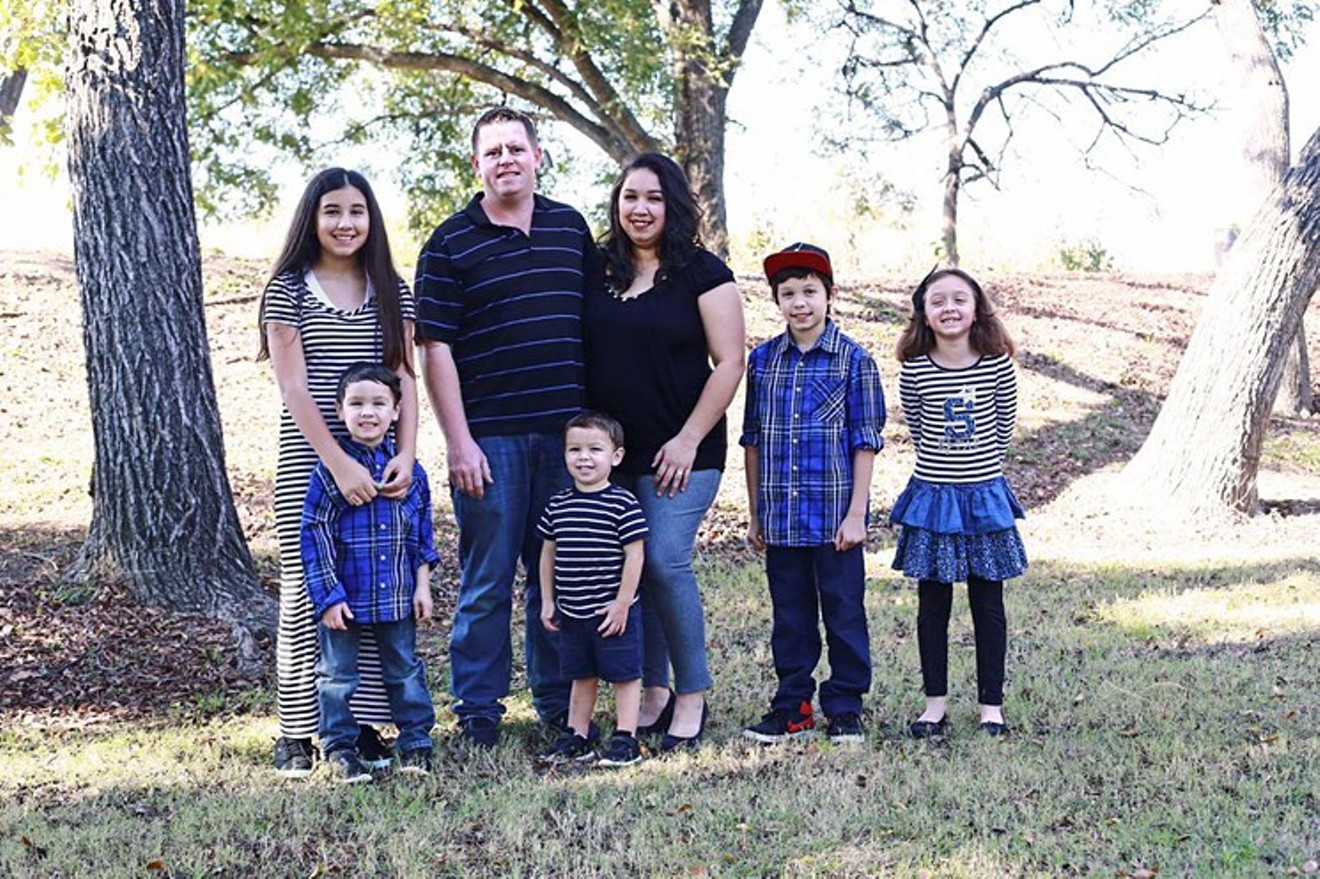 Erica Tucker and her husband, Greg, have five children. Courtesy of the Tuckers


Erica Tucker never would have imagined that a trip to the emergency room for her third grand mal epileptic seizure would send her and her husband to jail for child endangerment. The 33-year-old mother of five and former Bible school teacher had been smoking marijuana since 2015 to control the seizures. She says she couldn’t afford the prescription drugs that treat them.

In March 2016, a nurse asked her if she was breastfeeding, and Tucker said yes. Tucker says she didn’t realize the marijuana would pass through her breast milk to her infant son. But her son tested positive for marijuana, and a warrant was issued for Tucker’s arrest.

“No family should be ripped apart because of a natural medicine that is being legalized all over the country,” Tucker told the Observer in January. “We’re here to fight.”

That fight, for her, seems to be over. Tucker pleaded guilty on June 13 as part of a deal with Johnson County District Attorney Dale Hannah to five counts of child endangerment — one count of the felony charge for each of her children. Her husband awaits his trial for the same charges.

Tucker experienced her first grand mal seizure in December 2014. Her husband found her convulsing and biting her tongue on their bedroom floor. After a trip to the emergency room in Burleson, doctors diagnosed her with epilepsy. She says at the time, her family couldn’t afford health insurance or the $325 for prescription medication. Instead, she turned to an alternative that some with epilepsy say is beneficial: marijuana.

Research into the effectiveness of medical marijuana in combatting epilepsy has been hampered by federal law, which classifies marijuana as a Schedule 1 drug under the Controlled Substances Act. Schedule 1 is reserved for drugs considered to be highly addictive with no medicinal value. Still, 29 states have decriminalized the use of marijuana for medicinal purposes. Texas is not one of them.


Only one of her five children tested positive for marijuana. The extra endangerment charges came anyway.

Child Protective Services removed Tucker's five kids from the family's home shortly after her emergency room visit in March 2016. CPS personnel tested the children for drug use. Tucker says none of her other children tested positive for marijuana. The extra endangerment charges came anyway, even though she says she only smoked marijuana when she was nursing her fifth child.

Tucker says the police never found any marijuana or paraphernalia in her home. David Sloane, a Fort Worth criminal attorney who specializes in marijuana law, said in January that most prosecutors would find it challenging to persuade jurors that a parent has endangered a child simply by possessing marijuana.

“Where are all the dead babies?” he asked.
Tucker’s parents received temporary custody of the children for several months until Tucker and her husband could complete counseling, parenting classes, drug abuse classes, narcotics classes and budgeting classes.

Tucker and her husband regained custody of their children in August 2016. Then the arrest warrant was issued. Two months later, each parent was indicted on five counts of child endangerment.

At that point, Tucker says, she had gone through two attorneys and was in the process of hiring a third when the judge set her up with a court-appointed attorney. That attorney, Lisa Powell, refused to speak with the Observer.

Tucker says the judge told her to sit down in the jury box at the Johnson County Courthouse on June 13 and said they needed to get this resolved.

“I don’t want you to go to prison,” she recalls him telling her, “so let’s get this resolved.”

“I’m glad I spoke up, though. I wanted to let everyone know it wasn’t right.” - Erica Tucker


The resolution was simple: plead guilty to five counts of child endangerment and receive five years probation, 120 hours of community service and a $250 fine (not including court costs). Each count of the charge potentially carried a fine of up to $20,000 and two to 20 years in prison.

Tucker says her attorney told her: “You’re going to get more time if this case goes to trial.”

Tucker's husband, Greg, who earned about $30,000 as a surveyor, has since lost his job and has been unable to find permanent work because he’s facing five felony child endangerment charges. And now that Tucker is a convicted felon, she can no longer find work teaching children about the Bible.

Tucker recently told High Times magazine that a nurse helped her find coupons for her epilepsy medicine, but the medicine makes her fatigued, nauseous and dizzy, makes her gain weight and gives her headaches.

She says she feels as if she and her husband are targets of an unjust system in a county known to be tough on crime. Her original attorney, Daren Van Slyke, said that Johnson County DA Dale Hannah was upset that Tucker and her husband had gone to the media with their story.

“I’m glad I spoke up, though,” she says. “I wanted to let everyone know it wasn’t right.”