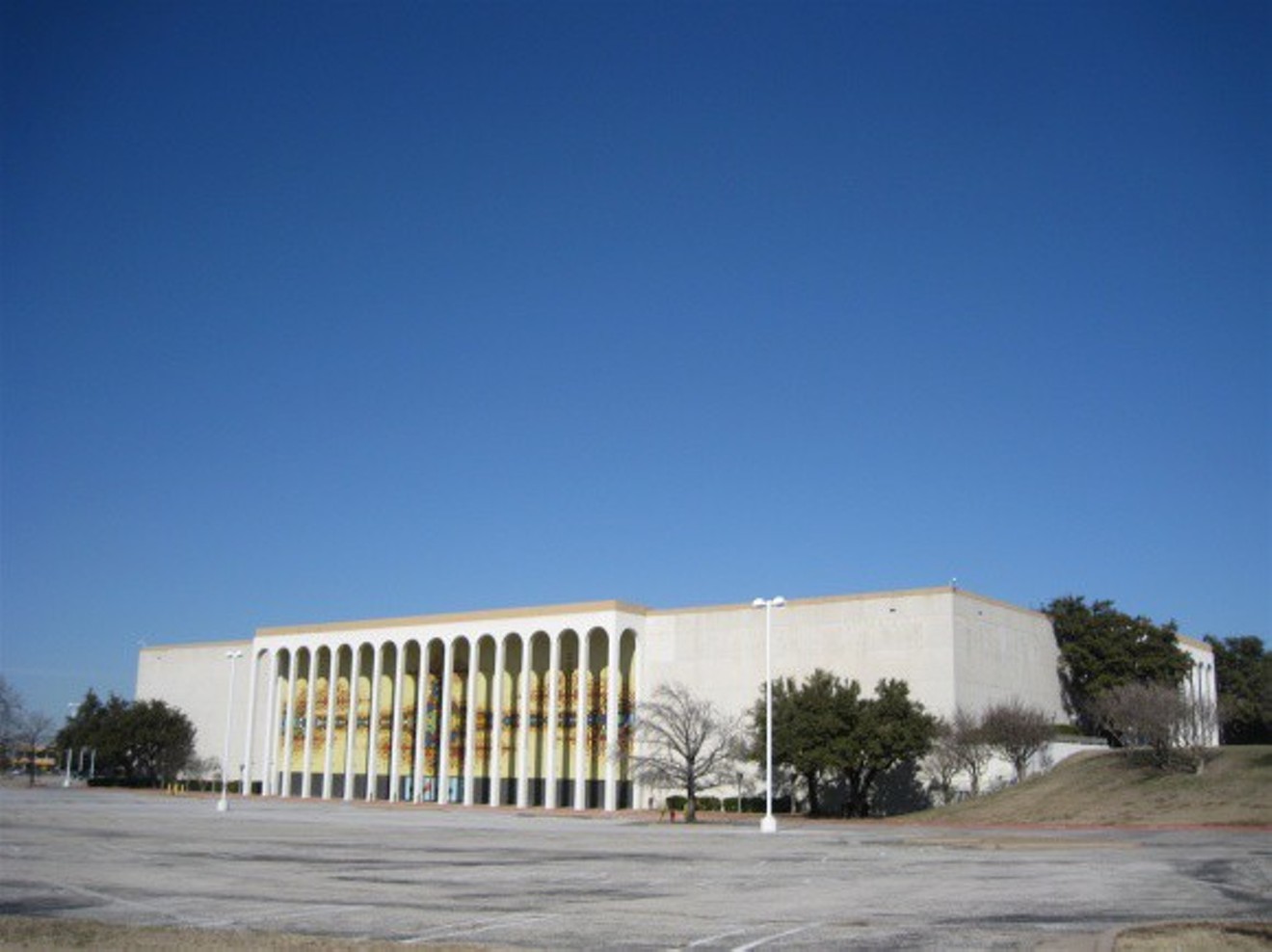 Valley View Mall will soon be completely gone, and Dallas hopes to use a massive grant to build a new park near it. Alice Laussade
If all goes as planned for the city of Dallas, a large, new park will help improve the green scene in North Dallas. The City Council has approved an application to be submitted for an Outdoor Recreation Legacy Partnership (ORLP) Program grant that could be worth up to $10 million for a new park in the Dallas International District.

Planned for placement just north of Interstate 635 near Preston Road, the park would be near the site where the remnants of Valley View Mall are awaiting final demolition. The National Park Service awards the grants, with selected projects being chosen from a national pool of applicants for funding by the park service's director.

According to Texas Parks and Wildlife Department’s local park grant manager, Dan Reece, proposals for this grant must meet a number of criteria, including the ability to “provide new recreational opportunities, particularly those that will increase access to nature’s benefits, such as green spaces, shady areas (via tree cover), and natural landscapes that help cool the air and reduce urban heat island effects, reduce pollution, and have positive effects on mental and physical health,” he wrote in an email to the Observer.

Dallas council member Jaynie Schultz says the city has “taken all the steps” that it can on its end, including obtaining approval from the city’s parks department. Letters of support from state legislators and neighborhood organizations in her district have also been collected for the grant application.

“This will be an iconic park,” Schultz said.

The piece of land the council is eyeing is one of five parcels available for development inside the International District. Comprising 450 acres, the space was once dominated by Valley View Mall and its parking lots, but that hasn’t been the case since 2016 when a gradual closing and demolition process began. The AMC movie theater, the mall’s final tenant, closed in 2022.

Recently the City Council and Valley View Mall’s owners, Beck Ventures, have gone back and forth in a battle of wills and accusations, but it appears that the mall will soon be completely gone. Schultz said that demolition of the remaining mall structure will begin in the spring and is expected to be completed over the summer. It’s been an unsightly mess for years, visible from one of the busiest freeways in Dallas. Having that area cleared out will make way for long-sought development.

“It will be an actual demolition that people can see,” she said. “Because once the ground is clear, then it's going to be much easier for the rest of the city and the development community to imagine what has been envisioned all these years and feel like it's becoming a reality as opposed to just a dream.”


"Everyone will use this park, like they do Central Park in New York." – Jaynie Schultz, Dallas City Council

The park is envisioned to be around 21 acres in size with a goal of serving as an attraction for the types of recreation one would typically expect in a park, as well as a magnet for housing, retail and office development. Schultz said that, according to the Trust for Public Land, the Valley View area is classified as a “green desert,” meaning there’s an extreme lack of green space within a several-mile radius.

Reece says that three Texas projects have been awarded ORLP grants so far. Austin’s Montopolis Neighborhood Park Pool and Edward Rendon Sr. Metro Park, and Harris County’s Buffalo Bend Hidalgo Park Greenway have all received recent grants. Each of these projects is for improvements and expansions to existing parks, but the Dallas proposal would involve building a new park.

The city learned about the possibility of a National Park Service grant for this purpose only “in the last few months,” Schultz said. It could be September or October before the city learns whether it will receive a grant.

Schultz says much of the plan for the proposed park is detailed in the 2013 Valley View-Galleria Area Plan Study, which envisions a vast urban landscape encircling a lush, large park. Sounds like another famous city park we’ve heard of before, and a starkly different picture from what can be seen at the site now.

“Everyone will use this park, like they do Central Park in New York,” she said. “Central Park is the vision that when the original drawings were created in 2013, we wanted it to be like. There will be beautiful green space in the middle of so much intense use.”
KEEP THE DALLAS OBSERVER FREE... Since we started the Dallas Observer, it has been defined as the free, independent voice of Dallas, and we'd like to keep it that way. With local media under siege, it's more important than ever for us to rally support behind funding our local journalism. You can help by participating in our "I Support" program, allowing us to keep offering readers access to our incisive coverage of local news, food and culture with no paywalls.
Make a one-time donation today for as little as $1.
Kelly Dearmore