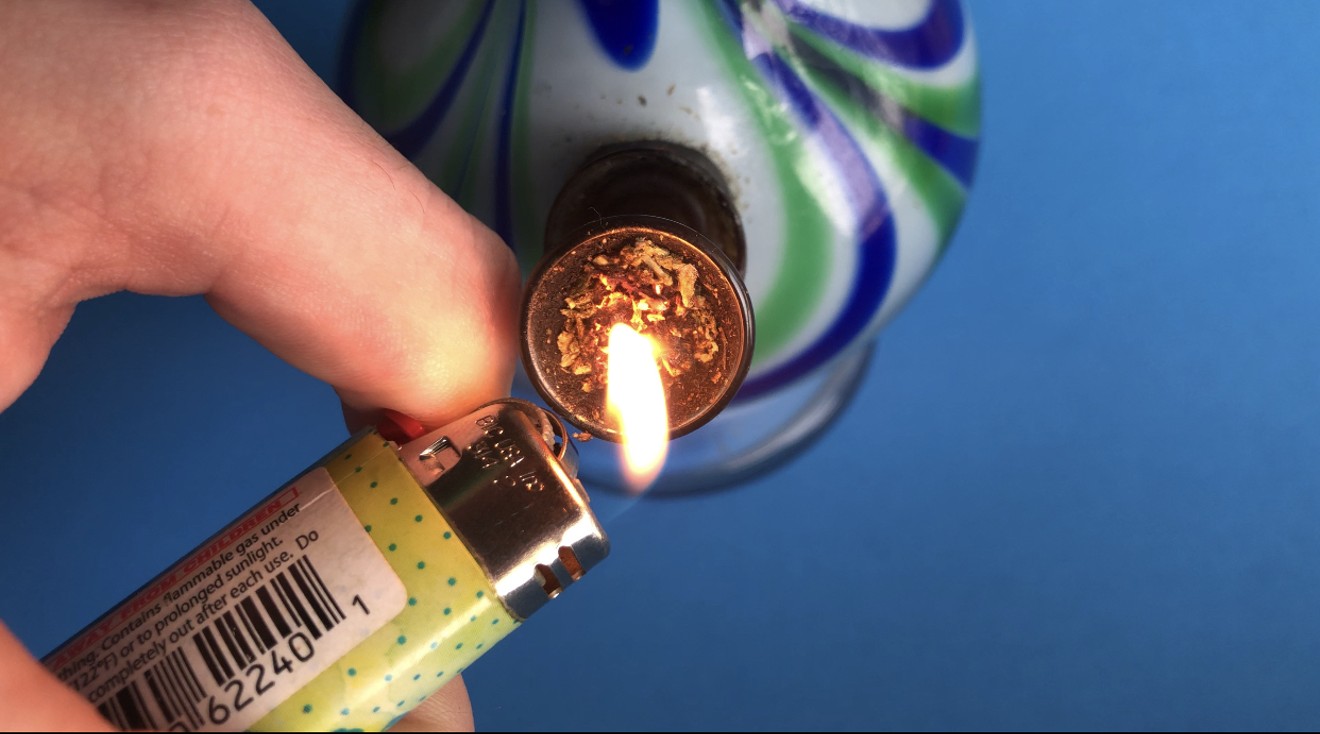 Denton's city council voted against decriminalizing misdemeanor weed possession Tuesday. Jacob Vaughn
For the activists who wrote it, the weed decriminalization ordinance that faced a vote before Denton’s City Council Tuesday afternoon was a concession.

“I really feel like what we’re asking for right now is still a watered down version of what needs to be done,” said Tristan Seikel, organizer and cofounder of Decriminalize Denton, the group that wrote the ordinance.

Decriminalize Denton emphasized that the council’s decision showed the ordinance had momentum. “If they are able to get a consensus at this meeting, there would only be one more final council meeting after that to make the change official,” Decriminalize Denton wrote on Facebook after the November ruling.

On Wednesday, that momentum ground to a halt.

Denton City Council members decided against the ordinance Tuesday afternoon. The city will not decriminalize possession of misdemeanor amounts of weed moving forward, as Armintor and Decriminalize Denton were pushing for.

The defeat comes after a years-long push by the advocacy group and council member Armintor to sway less enthusiastic Denton City council members like Jesse Davis.

Earlier this week, Davis told the Observer that “no one arrested for marijuana in Denton in 2021 is languishing in jail on just that charge” because the city has done a good job enforcing the laws as they stand now.

“Any of the steps proposed … to the City Council can only worsen and further confuse the situation,” he said. “The change these folks are looking for needs to come from Austin, not City Hall,” Davis said.

During Tuesday’s council meeting, Mayor Gerard Hudspeth echoed similar concerns about muddying the legal waters. “I think it’s just important that we not add confusion, or give someone a false sense of security or get them in trouble, because we overreached, in my opinion,” Hudspeth said.

In recent years, other North Texas cities and local law enforcement agencies have overcome potential legal roadblocks and passed decriminalization measures similar to the one proposed in Denton. In April, Plano and Dallas elected to issue citations to people with small quantities rather than arresting them.
KEEP THE DALLAS OBSERVER FREE... Since we started the Dallas Observer, it has been defined as the free, independent voice of Dallas, and we'd like to keep it that way. With local media under siege, it's more important than ever for us to rally support behind funding our local journalism. You can help by participating in our "I Support" program, allowing us to keep offering readers access to our incisive coverage of local news, food and culture with no paywalls.
Make a one-time donation today for as little as $1.