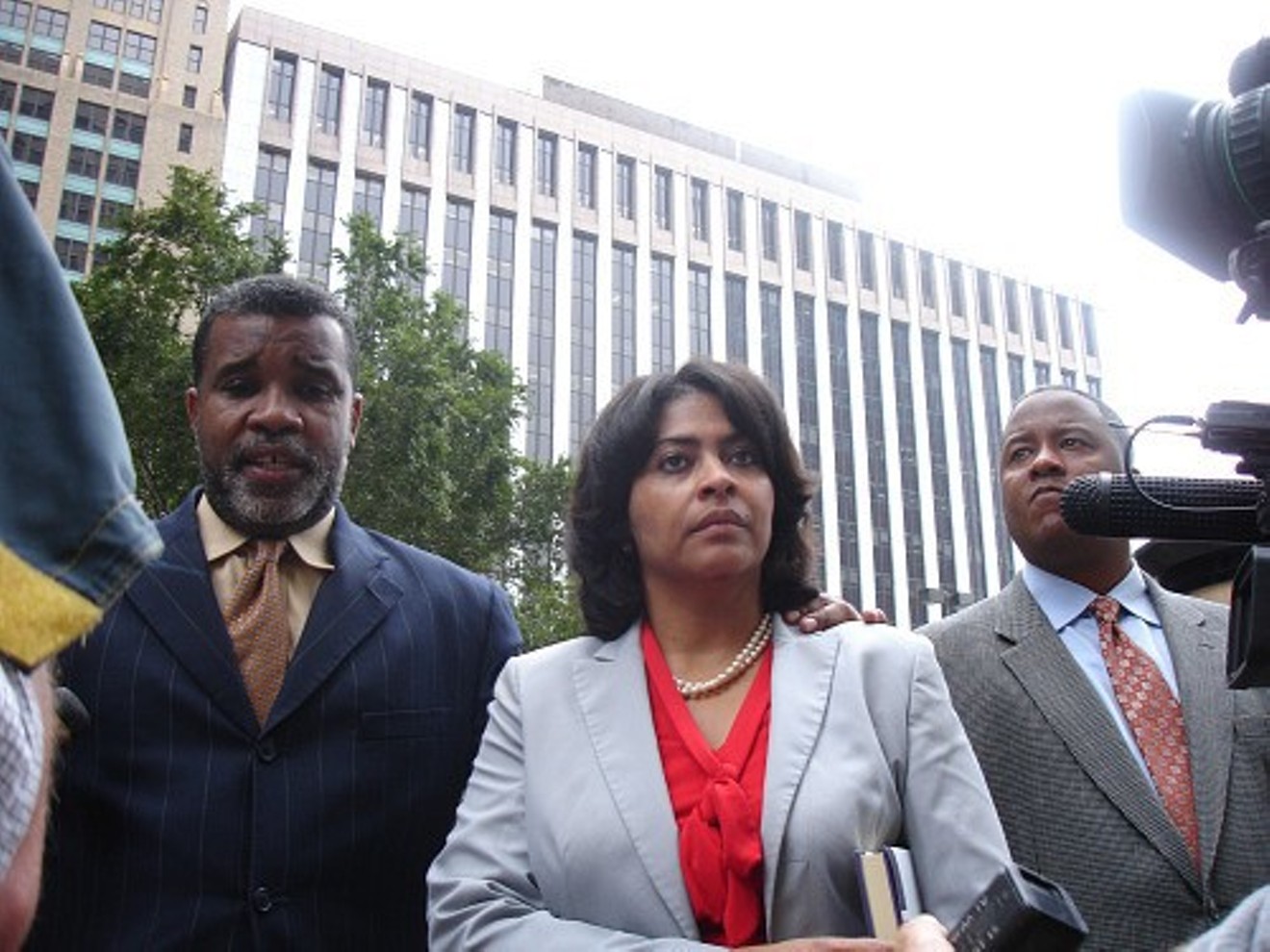 Don Hill (left) and Sheila Farrington (center) in 2009. Sam Merten
Former Dallas City Council member and Mayor Pro Tem Don Hill, sentenced to 18 years in federal prison in 2010, is getting out of jail. Hill is dying of prostate cancer and is expected to live fewer than 18 months, according to a motion filed by Assistant U.S. Attorney Chad Meacham, who helped prosecute Hill eight years ago.

Hill will move in with his brother and niece in DeSoto, according to federal court records.

A North Texas jury convicted Hill in 2009 as part of what was then Dallas' largest public corruption case. Until Monday, his projected release date, assuming continued good behavior in prison, was December 30, 2025. Hill was moved to a federal prison in North Carolina in 2015 that was better equipped to meet his medical needs.

"The defendant’s terminal medical condition and limited life expectancy constitute 'extraordinary and compelling reasons' warranting the requested reduction," Meacham wrote in an order signed by U.S. District Judge Barbara Lynn. "His prognosis is poor, his condition is terminal and deteriorating."

Hill went to prison for coercing bribes from developers who wanted votes from the council member and his appointee to the city plan commission, D'Angelo Lee. Those votes favored developers building low-income housing projects in South Dallas. In one instance, housing developer Brian Potashnik hired Hill's then-mistress, Sheila Farrington, to a $14,000 a month, no-work job in exchange for Hill's shepherding a project through the city council.

Farrington, now Hill's wife, and Potashnik were also convicted as part of the scheme. Farrington, who has multiple sclerosis and suffers from dementia, has already been released for medical reasons and currently lives in a nursing home. Potashnik finished serving a 14-month sentence in 2012.