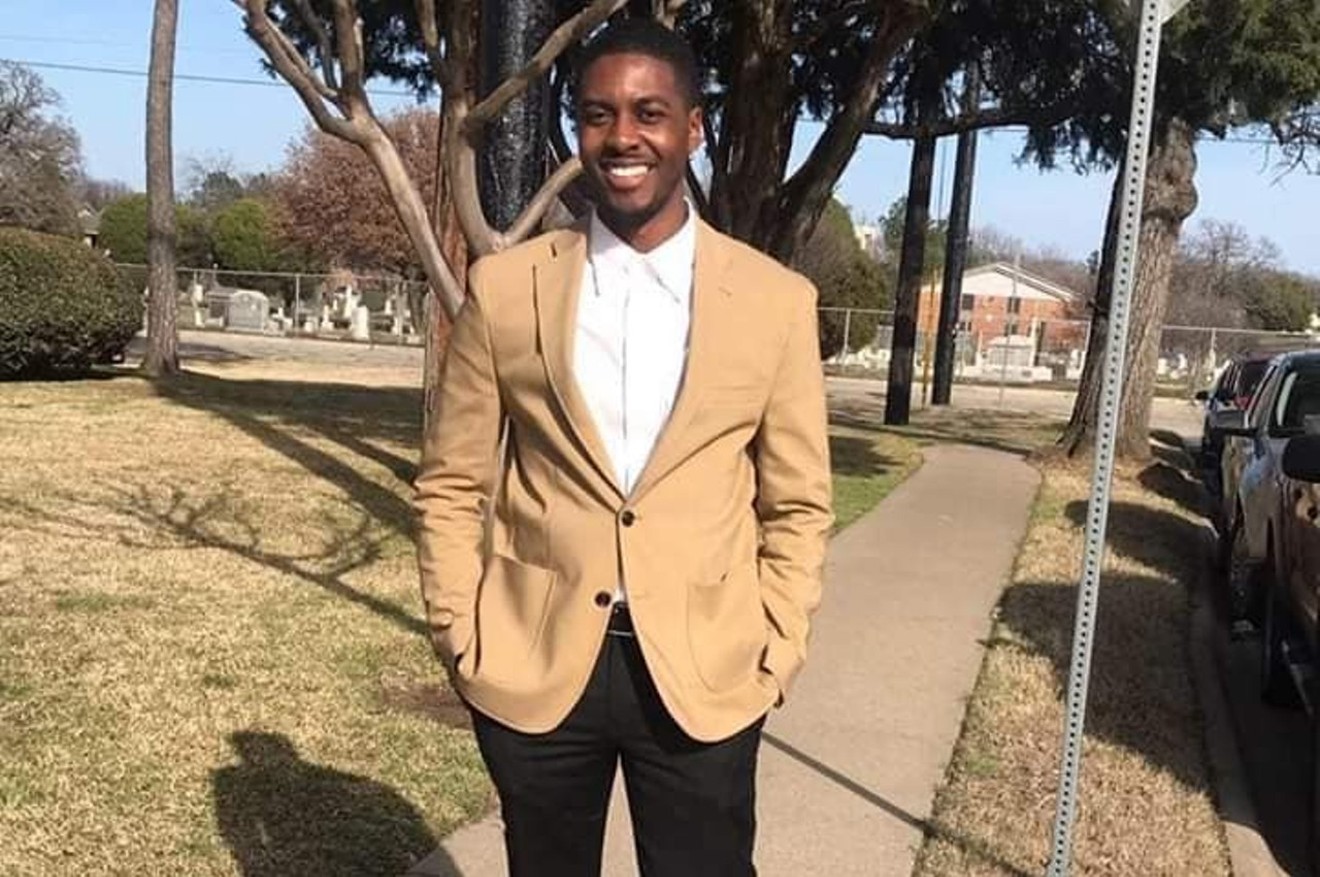 Darius Tarver, a student at the University of North Texas, was shot and killed by Denton police in January 2020. Photo provided
Ever since his son Darius was killed by Denton police in January 2020, Kevin Tarver and his family have lived a daily nightmare. Now, unhappy with the way the Denton Police Department has handled the case, Tarver has filed a federal lawsuit against the city and officers involved in his son's death.

The wrongful death lawsuit won’t bring back his son, who was 23 when he died, but Tarver doesn’t want anyone else to go through what his family has endured.

“That’s why I’m fighting so hard,” he said. “I don’t want anybody to feel the pain that I have to feel and so many other families do.”

Darius’ death came four months before a Minneapolis cop killed George Floyd, which set off a resurgence of the Black Lives Matter movement. North Texas law enforcement had already been under scrutiny over the police killings of Botham Jean and Atatiana Jefferson.

At the time of his death, Darius was enrolled at the University of North Texas. He’d been on the dean’s list and majored in criminal justice, on top of being part of the National Organization of Black Law Enforcement.

But in the days before his death, Darius had been in a severe car wreck and suffered a head injury. After he was released from the hospital, he started “acting strangely and saying things that did not make sense,” according to court documents.

On Jan. 21, 2020, Darius’ condition worsened, and his roommate sought help by calling 911. Police found Darius as he was descending an external stairwell at his Denton apartment complex. In his left hand, he held a frying pan, and he was “speaking incoherently about God.”

Darius did not respond to officers’ commands, and once he reached the bottom of the steps, he stood with arms by his side for 28 seconds.

"There’s going to be justice before it’s all over with.” – Kevin Tarver

The lawsuit says that even though Darius did not threaten or move toward an officer, one fired their Taser at him without warning. Darius convulsed and began jumping around involuntarily; next, another officer shot him with a firearm, and he fell to the ground.

At some point, a knife had fallen from Darius’ pants, and police kicked it away as he was writhing on the ground, documents show. Still, after he stood up "in a fit of fear and panic,” he was “immediately tased again.” Police shot him at least twice more, killing him.

When the Observer asked the Denton Police Department for comment, they said city officials were answering all media inquiries about the lawsuit. City of Denton spokesperson Stuart Birdseye confirmed that the police department had forwarded the request.

“We are aware that a lawsuit has been filed but we have not been served with the lawsuit,” he said by email. “We do not comment on pending litigation.”

Denton Police Department’s internal affairs didn’t find wrongdoing in the way that police had acted, according to Denton Record-Chronicle. The FBI also reported no civil rights violations had occurred and a Denton County grand jury declined to indict the officer who killed Darius.

In a statement, Denton City Council member Deb Armintor said she will never support defenses of indefensible actions, “especially when it comes to murder.” Armintor believes the Justice Department should investigate the killing of Darius by Denton police, as well as the aftermath.

“I continue to believe that the best thing we can do for Denton as elected officials is to publicly support the Tarver family and condemn the actions and inactions by city police that led to the murder of our constituent, Darius Tarver, by city staff,” she said.

As first reported by the Denton Record-Chronicle, the elder Tarver has accused the city's police of failing to prepare their officers for such encounters, particularly when it comes to the use of excessive force. He is seeking at least $10 million in the wrongful death suit.

Tarver maintains that his son’s death could have been avoided had officers acted according to the way that they’re supposed to be trained.

“This suit is not about the money, but it’s about bringing some form of accountability because even after that, I’m not stopping,” Tarver said. “There’s going to be justice before it’s all over with.”