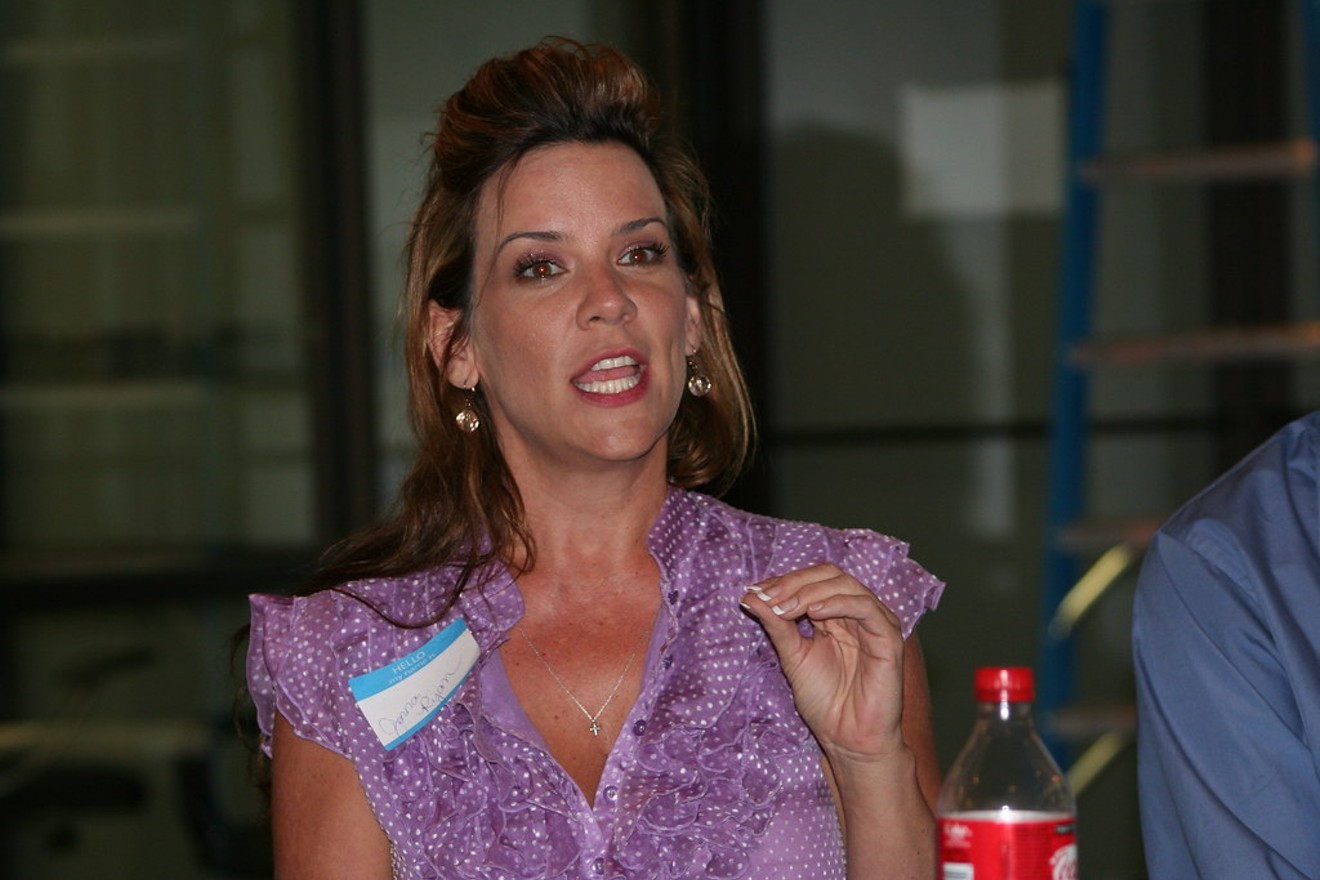 Days before Christmas, the embattled Frisco real estate broker reported to Bryan Federal Prison Camp to begin serving her 60-day prison sentence. Ryan, who filmed herself entering the U.S. Capitol building on Jan. 6, pleaded guilty in August to a misdemeanor count of parading, picketing or demonstrating in the Capitol.

The 51-year-old had been scheduled to start serving her sentence in January. But in a Dec. 23 video, Florida-based prison consultant Daniel Wise noted that Ryan had already surrendered.

On his RDAP Dan YouTube channel, Wise said Ryan, who recently bragged about getting a book deal, may have strategically surrendered early.

“I have to imagine that there was a motive behind this, and your motive probably is: You want to go in there, now you can write in your book what it was like to be in prison for Christmas,” he said. “I mean I think people are going to see right through the smokescreen. I don’t think you’re going to get a lot of sympathy.”
Shortly after the Jan. 6 Capitol insurrection, Ryan made frequent headlines over her involvement in the day’s events. She’d flown to Washington via private plane to attend the so-called “Stop the Steal” rally. But the day soon turned violent as supporters of then-President Donald Trump attempted to stop Congress from affirming Joe Biden’s electoral victory.

Now, Ryan and other Capitol rioters nationwide are beginning new lives behind bars.

Another prison consultant, Holli Coulman, told Wise that the Frisco broker had previously reached out to her. Ryan reportedly asked if she could choose to stay in solitary confinement because she’d heard rumors that she might get hit with a “lock in a sock.”

But Ryan eventually decided that she’d do just fine in the general population, claiming that she knows how to make friends with anyone, Coulman said. “[Ryan] goes, ‘I grew up in the streets,’” she said, laughing.

“I don’t think she realizes what she’s about to walk into." – YouTuber DOCTV813

Regardless, Ryan has big plans for her time in prison. In videos posted to her TikTok account, she claimed to look forward to doing lots of yoga. She also said it would be “worth going to prison” if she manages to lose 30 pounds thanks to a new workout regimen and diet, free from alcohol and junk food.

“I don’t think she realizes what she’s about to walk into,” he continued.

But whatever her level of prison preparedness, Ryan hopes that her romantic relationship will withstand her time in the slammer. Filming herself lying next to her shirtless boyfriend, Ryan inquires about their future.

“Honey, what’s going to happen — are you going to cheat on me when I go to prison?” she asks in an 11-second video posted to Wise's Instagram page.

“No,” he answers before the two flick their tongues together in an open-mouthed kiss. (Editor's note: Click play if you want, but you can't say you weren't warned.)

So far, 35 people have been arrested in connection to the insurrection across FBI-Dallas’ division, which stretches across much of the top half of the state, said spokesperson Katie Chaumont. Eleven months after Jan. 6, the Justice Department reported that around 710 defendants have been arrested across the United States.

After Ryan’s sentencing in November, many took to social media to complain of what they viewed as a lenient sentence. But even though some Capitol rioters could face a short stay in prison, it will still go on their permanent record, said Heidi Beirich, an expert on extremism and co-founder of the Global Project Against Hate and Extremism.

Prosecutors are probably attempting to move hundreds of cases along at the same time they’re trying to deter this from ever happening again, she said. Members of organized extremist groups that are connected to violence, such as the Proud Boys and Oath Keepers, are getting hit with the bigger charges.

On Jan. 6, lots of middle-class people got caught up in the crowd, Beirich added. They probably never thought they’d see the inside of a prison cell but deserve to go to prison all the same. “It was an attempt to overthrow an election, right? That’s a serious matter,” she said. “And you just hope that that’s enough for them to understand how wrong their actions were.”
KEEP THE DALLAS OBSERVER FREE... Since we started the Dallas Observer, it has been defined as the free, independent voice of Dallas, and we'd like to keep it that way. With local media under siege, it's more important than ever for us to rally support behind funding our local journalism. You can help by participating in our "I Support" program, allowing us to keep offering readers access to our incisive coverage of local news, food and culture with no paywalls.
Make a one-time donation today for as little as $1.