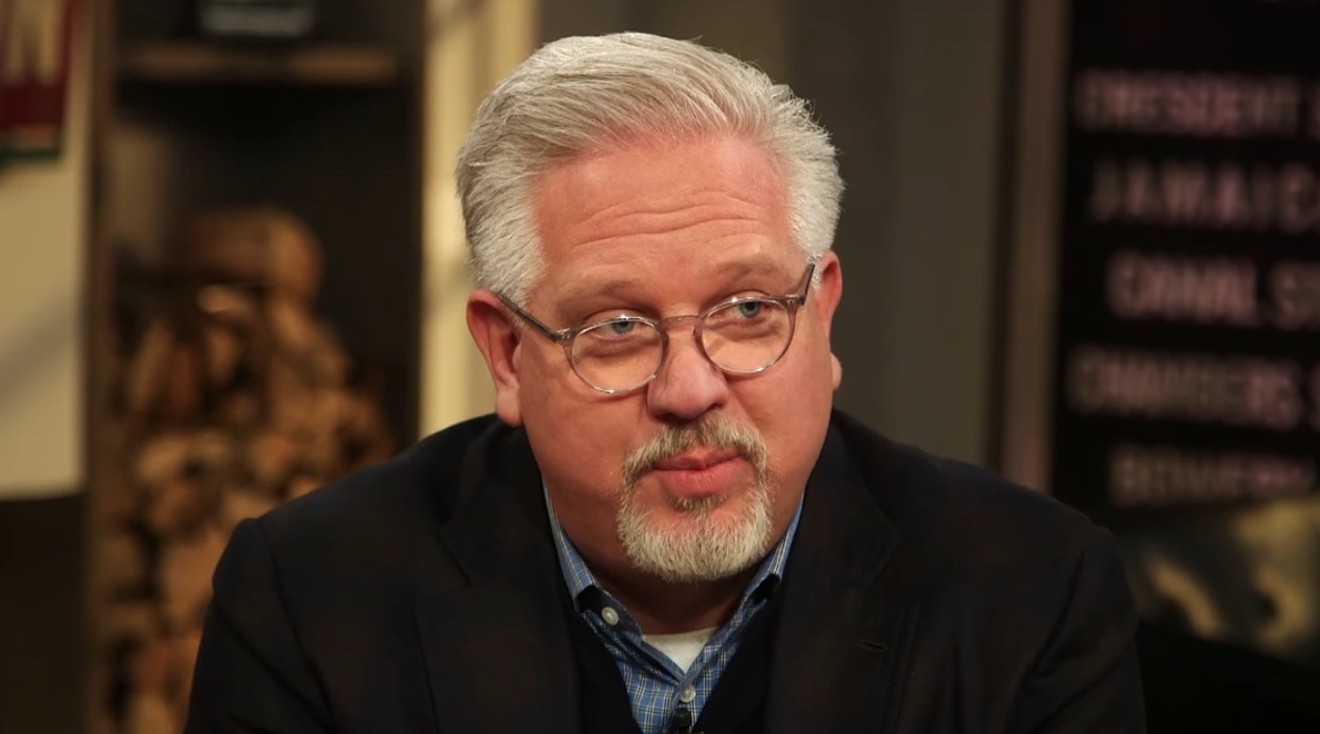 Conservative TV and radio show host Glenn Beck once had the ear or the ire of almost every political wonk and zealot in America, depending on which side of the political aisle they were on. These days? Well, let's just say that his on-air crying fits would make a lot more sense now.

Beck's network, TheBlaze, has gone through rounds of layoffs and restructuring in the last few years, and the sale of his media company's private plane looks like the latest brick to fall out of his media empire's foundation.

The used aircraft website Controller.com recently listed a 1966 VIP McDonnell Douglas DC9-15 Executive for sale. The plane is registered with the Federal Aviation Administration Mercury Radio Arts, the Irving-based media company founded by Beck in 2002 that encompasses his various projects and business ventures.

An aviation company based in Latrobe, Pennsylvania, is putting the plane up for sale and does not list an open bid or sticker price. The ad is offering the aircraft for "immediate full or fractional sale," according to the listing.

The company plane's digital "for sale" sign is just the latest signal that Beck's media company is struggling to stay afloat after layoffs and closures since he moved his empire to the Dallas area.

Beck built his name on the Fox News Network with his right-leaning, conspiracy-screaming viewpoints show The Glenn Beck Program, which regularly earned the scornful eye of unhinged MSNBC liberal commentator Keith Olbermann and The Daily Show's Jon Stewart, who performed an even more over-the-top rendition of Beck's socialist-stamping shock schtick on his Comedy Central show. Beck left the cable news channel in 2011 and set up his own network in 2012 using the $80 million he earned from being the guy on TV who used his tears to clean his trademark chalkboard. The salary put him on that year's Forbes list of the highest-paid celebrities.

Beck moved into the 72,000-square foot Studios at Las Colinas, the long-running facility that provided sets for Hollywood film and TV projects throughout the 1980s and '90s, such as RoboCop, Oliver Stone's JFK and the CBS drama Walker, Texas Ranger. Beck purchased the facility a year later, making the Irving studio the permanent home for TheBlaze.

The network launched as a streaming Internet channel that fans could access with a monthly or annual subscription fee. The channel featured extended versions of his Fox News opinion show and his long-running radio talk show alongside other original programs through which "American stories can be told to viewers across the country," Beck said in a statement after the purchase of his studio.

TheBlaze made the jump to cable when Dish Network picked up the channel in 2012. Beck's broadcast network helped launch the media careers of conservative firebrands, including Tomi Lahren and Dana Loesch, but both eventually moved on to other networks and projects (Fox News' primetime lineup and NRA TV, respectively).

Beck's empire has been making headlines in recent months less for the things that he and his on-air pundits have been saying and more for the parent company's layoffs and cutbacks, as well as the settlement it had to make with Lahren. She sued TheBlaze last year in Dallas County district court for termination, claiming she was fired after appearing on ABC's The View and saying she pro-abortion rights.

Beck countersued, claiming Lahren created a toxic work environment at TheBlaze, with staff members "constantly complaining about everything including but not limited to lighting, room temperature, editing, shooting and directing." He also cited her refusal to work with two makeup artists who reported Lahren to human resources. Both sides reached a settlement in just over a month.

Beck's blue jeans fashion line 1791 Supply Co. that launched in 2012 has since gone belly up with the website listing an "account suspended" page and a proverbial closed sign on its Irving location. Last July, Beck moved out of the $4 million Westlake mansion he was renting from Austrian crystal heiress Vanessa Swarovski. He closed the New York wing of his company in 2015 and in August announced a 20-percent staff cut for both TheBlaze and Mercury Radio Arts, citing a need to "become more nimble and drastically adjust our approach to keep pace with the massive changes unfolding before us" in a statement.