Glenn Beck’s TV Station Set to Go Off the Air 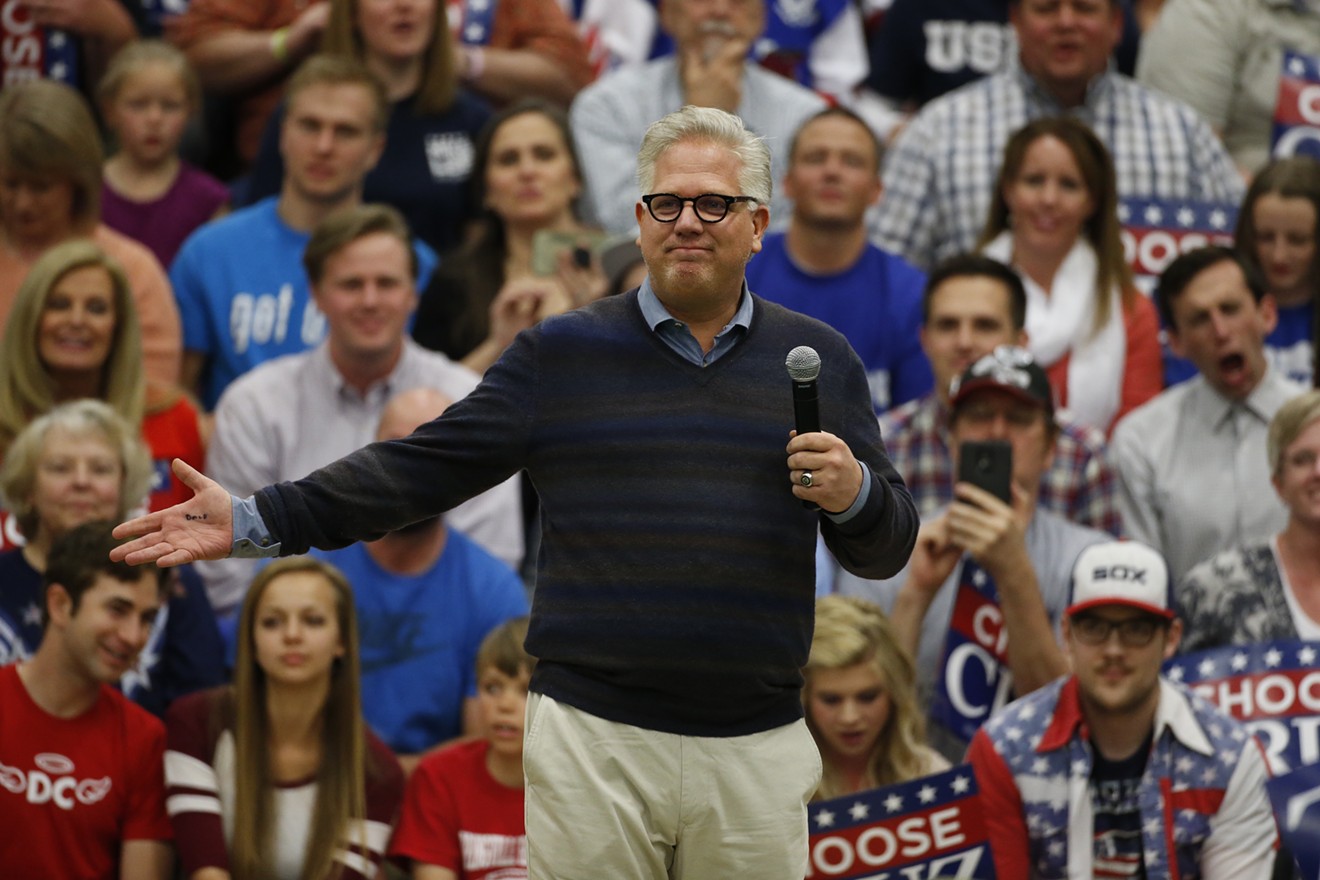 Glenn Beck campaigns for Sen. Ted Cruz during the Texan's 2016 presidential bid. George Frey / Getty
In a move that, frankly, kinda sucks from the never-too-much-to-write-about perspective, conservative yakker Glenn Beck's Irving-based TV station is shutting down, according to The Hollywood Reporter. The Blaze — as Beck's media and TV empire is known — went on the air in 2012, two years after The Blaze's web launch.

The media firm behind The Blaze, Blaze Media, will continue to offer its paid video-on-demand service and podcasts. Beck's radio show will remain on the air, as well.

"Yes, we've sent notices of non-renewal to our cable partners, whose support we've appreciated over the years," Blaze Media CEO Tyler Cardon told The Hollywood Reporter. "Given our record growth this year on our direct-to-consumer SVOD business, podcasts, various web properties and other digital distribution channels, it has become a conflict to continue programming a traditional, legacy cable channel."

Beck set up shop at Mercury Studios, the entertainment complex formerly know as the Studios at Las Colinas, shortly after his August 2010 "Restoring Honor" rally at the Lincoln Memorial. When he left Fox News in June 2011 his website and network became the official home of Beck's rambling, crying and, in 2018, conversion to Trumpism. Despite Beck's change of heart, his company has apparently floundered during the reign of President Donald Trump, of whom Beck was initially critical. In August 2017, The Blaze laid off almost 30% of its staff. Last spring, Beck put his private jet up for sale.

The there were the lawsuits. In April 2017, conservative personality Tomi Lahren sued The Blaze, alleging she'd been fired from the media company because of an appearance on ABC's The View during which she acknowledged that she was pro-choice. Beck countersued Lahren, claiming she was a toxic influence in the workplace.

Lahren, according to Beck, frequently mistreated network staff by "constantly complaining about everything including but not limited to lighting, room temperature, editing, shooting and directing." She refused to work with one of the network's two full-time makeup artists, resulting in a report being filed with the network's human resources department, Beck says, and had to have her on-air word choices "addressed repeatedly for bordering on the profane."

The pair eventually settled the lawsuit.

The Blaze also settled a defamation case against Beck and the network brought by the family of Irving "clock boy" Ahmed Mohamed after Beck and several guests discussed conspiracy theories about Mohamed on-air. The lawsuit was initially dismissed, but Beck's company settled rather than choosing to deal with an appeal.

"For some reason Irving is important to the Islamists," Beck said talking to then-Irving Mayor Beth Van Duyne. "It could be as simple as the progressives trying to turn Texas blue, and this is just the place where they are planting the seeds and taking a stand. You pissed them off and now this is a dog whistle."
KEEP THE DALLAS OBSERVER FREE... Since we started the Dallas Observer, it has been defined as the free, independent voice of Dallas, and we'd like to keep it that way. With local media under siege, it's more important than ever for us to rally support behind funding our local journalism. You can help by participating in our "I Support" program, allowing us to keep offering readers access to our incisive coverage of local news, food and culture with no paywalls.
Make a one-time donation today for as little as $1.