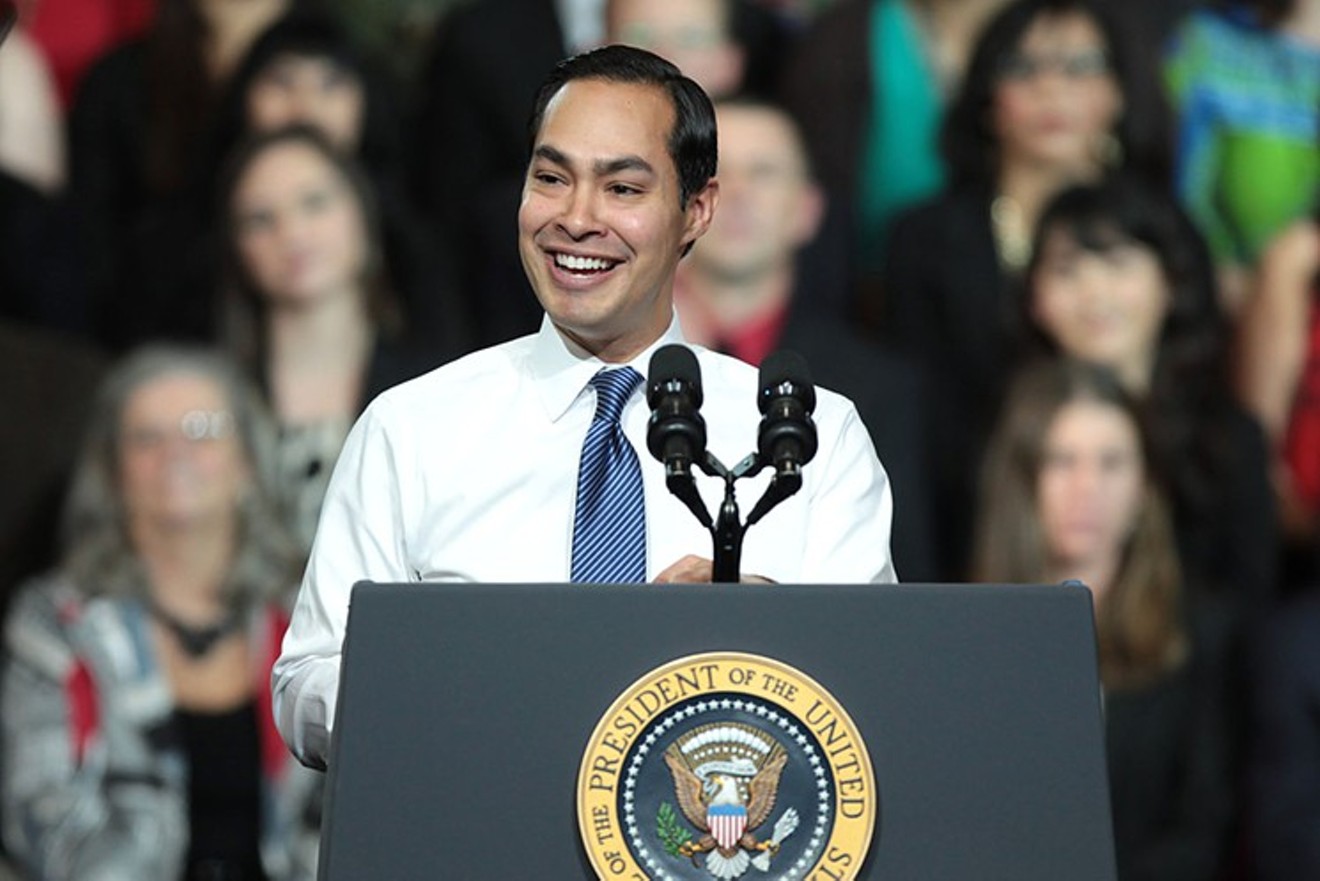 Castro, the only remaining Texan in the race, announced the news Thursday morning on Twitter, pledging to "keep fighting for an America where everyone counts."


It’s with profound gratitude to all of our supporters that I suspend my campaign for president today.

I’m so proud of everything we’ve accomplished together. I’m going to keep fighting for an America where everyone counts—I hope you’ll join me in that fight. pic.twitter.com/jXQLJa3AdC


In a video posted on Twitter on Thursday morning, Castro highlighted several of the issues he discussed during the campaign, including education, immigration and police brutality against black men.

"I'm so proud of the campaign we've run together. We've shaped the conversation on so many important issues in this race, stood up for the most vulnerable people and given a voice to those who are often forgotten," Castro said in the video. "But with only a month until the Iowa caucuses, and given the circumstances of this campaign season, I've determined that it simply isn't our time."

At one point, Castro, the only Latino in the race, was one of two Texans who were seeking the Democratic presidential nomination. Former U.S. Rep. Beto O'Rourke dropped out of the race in November.

The former U.S. Secretary of Housing and Urban Development, Castro ran on a progressive platform, advocating for policies such as universal pre-K and immigration reform.

Castro clashed with O'Rourke during the first Democratic debate in June over the issue of decriminalizing cases in which people cross the U.S.-Mexico border without permission. Castro said O'Rourke was focusing too heavily on asylum-seekers without discussing broader protections for migrants who weren't seeking asylum, and suggested he had not done his "homework" on the issue.
KEEP THE DALLAS OBSERVER FREE... Since we started the Dallas Observer, it has been defined as the free, independent voice of Dallas, and we'd like to keep it that way. With local media under siege, it's more important than ever for us to rally support behind funding our local journalism. You can help by participating in our "I Support" program, allowing us to keep offering readers access to our incisive coverage of local news, food and culture with no paywalls.
Make a one-time donation today for as little as $1.