A man police believe is Joseph Sida points a pistol at Victoria Best. Victoria Best
Lancaster police made an arrest Tuesday in a road-rage incident that's been the talk of Dallas' Facebook community for four days. On Saturday, Victoria Best posted three photos and a video of a man pointing a gun at her during her Friday commute.

Best was just south of the Dallas city line on Interstate 35 in Lancaster. The man, Lancaster police said Tuesday, is 49-year-old Joseph Sida. He is charged with deadly conduct, a Class A misdemeanor.
Best told police Friday that she began filming the man later identified as Sida just after 2 p.m. that afternoon because he was driving erratically. It wasn't until she watched the video later, she said, that she realized the man had pointed a gun at her as he drove past her on the freeway. 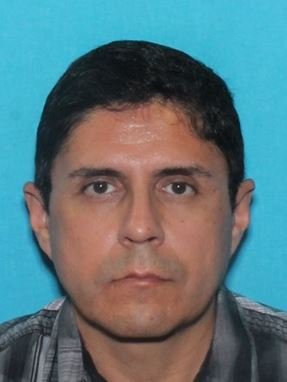 Best's cellphone camera also recorded Sida's license plate, which linked police to his driver's license, handgun permit and home address. Additionally, police received a tip over the phone that the man in the video, which has been viewed more than 10 million times on Facebook, was Sida.

On Monday afternoon, Sida turned himself in for questioning by Lancaster police, telling officers that he pointed the gun at Best because she had an unknown object in her hand — presumably her cellphone — that he believed might be a gun. Police let Sida go before filing deadly conduct charges against him Tuesday.