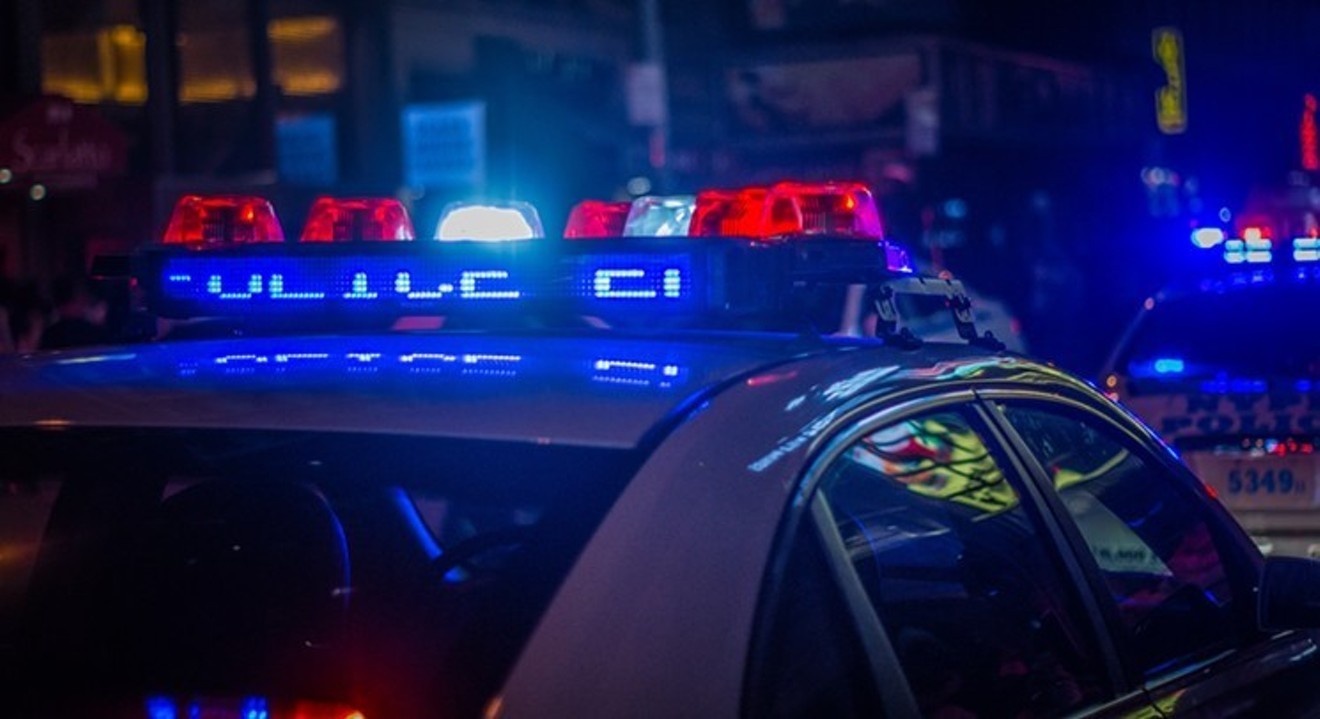 A bill filed by a Texas state representative aims to ban no-knock warrants. Michael Förtsch on Unsplash
'Tis the season for hot button issues as the Texas Legislature prepares for its upcoming session in 2023. Bills touching on topics ranging from abolishing the city of Austin, marijuana reform, legal sports gambling and school library books will be on the table during the 88th legislative session, which begins on January 10. House Bill 762 is one of the filings aimed at tackling a highly topical matter: no-knock warrants.

Filed by Democrat state Rep. Ron Reynolds of Missouri City, the bill seeks to eliminate the issuance of no-knock warrants, a move that would override rulings from the U.S. Supreme Court that clear the way for no-knock warrants to be granted with only a relatively low level of reasonable suspicion. Reynolds co-authored a similar bill last year, but it didn't reach the House floor for consideration.

A no-knock warrant allows police to forcibly enter a property without announcing themselves via knocking, doorbell ringing or any other method prior to entry. The stated intention of such an approach is to keep a suspect from tampering with or destroying evidence or when a significant threat to the officer’s safety is perceived.

These sorts of warrants have come under much greater public scrutiny in the past few years because of some high-profile incidents that ended in the deaths of people the police weren't seeking to arrest. In 2020 police in Louisville, Kentucky, shot and killed 26-year-old Breonna Taylor in her apartment during the execution of a no-knock warrant. She was not a target of the raid, though police suspected Taylor’s apartment was used as part of a drug-trafficking operation. Last year, the Kentucky Legislature passed a law restricting the use of the warrants, and the city of Lexington banned them altogether.

In February, one week before he was set to move to Dallas, 22-year-old musician Amir Locke was killed by Minneapolis police after they entered his apartment looking for his cousin, a murder suspect. Reports state that police announced themselves after entering and shot Locke, who was reaching for a gun as he lay under his bed covers early that morning. Only 10 seconds passed between the police entering and shooting.

Although the officers involved in Taylor’s death have faced a number of federal charges, none of those have been for homicide. In April, the Minnesota attorney general announced the officer who killed Locke would not be charged with a crime. Cases like these are why advocates maintain that a prohibition against no-knock warrants is needed.


No-knock warrants have come under much greater public scrutiny in the past few years because of high-profile incidents that ended in the deaths of people the police weren't seeking to arrest.


Police departments throughout North Texas have policies and standard practices when it comes to no-knock warrants. In Dallas, only the SWAT team can execute what the department calls "dynamic entry," according to Kristin Lowman, the department’s assistant director for public information.

In an email to the Observer, Lowman wrote that certain criteria must be met for the SWAT team to carry out a dynamic entry, which involves a squad utilizing force, speed and the element of surprise when entering. Dynamic entry warrants "will not be used when serving misdemeanor warrants, if there is evidence children are present inside the location,” Lowman wrote.

The process for the SWAT team to be granted a dynamic entry warrant includes the completion of a form that’s submitted to the SWAT commander, with final approval to be obtained from the deputy chief over tactical operations.

Sgt. Stephen Byrom of the Frisco Police Department said that “as a general rule,” Frisco does not conduct no-knock warrants, although he did not say there’s an official policy against them. The Plano Police Department has its policies listed on its agency transparency webpage. No-knock warrants are allowed, but officers requesting one must conduct an extensive “operational threat assessment” first.

“We use extreme caution in the execution of any search warrant,” he says. “We’re certainly concerned about something going wrong and for the safety of the citizens and our officers.”

A similar set of parameters is employed in Mesquite, where Lt. Brandon Ricketts said the department's "general orders and policies haven't changed, but our practice of them has." He says that he's "run hundreds of warrants over the years, but never a no-knock warrant." He says that as a tactical commander, he thinks it's best for everyone in a house and for the neighbors to know who is there and what they're trying to do.

There are strict regulations around serving search warrants in Lewisville, but there isn’t an official written policy regarding no-knock warrants. As in Garland, Lewisville police Capt. Craig Barnhart says that any no-knock warrant must be approved by the department’s chief.

Barnhart said that “the events of the past few years factor into our decisions when it comes to our warrants.”
KEEP THE DALLAS OBSERVER FREE... Since we started the Dallas Observer, it has been defined as the free, independent voice of Dallas, and we'd like to keep it that way. With local media under siege, it's more important than ever for us to rally support behind funding our local journalism. You can help by participating in our "I Support" program, allowing us to keep offering readers access to our incisive coverage of local news, food and culture with no paywalls.
Make a one-time donation today for as little as $1.
Kelly Dearmore