This Bill Could Destroy Texas' Market of Hemp-Derived THC Products 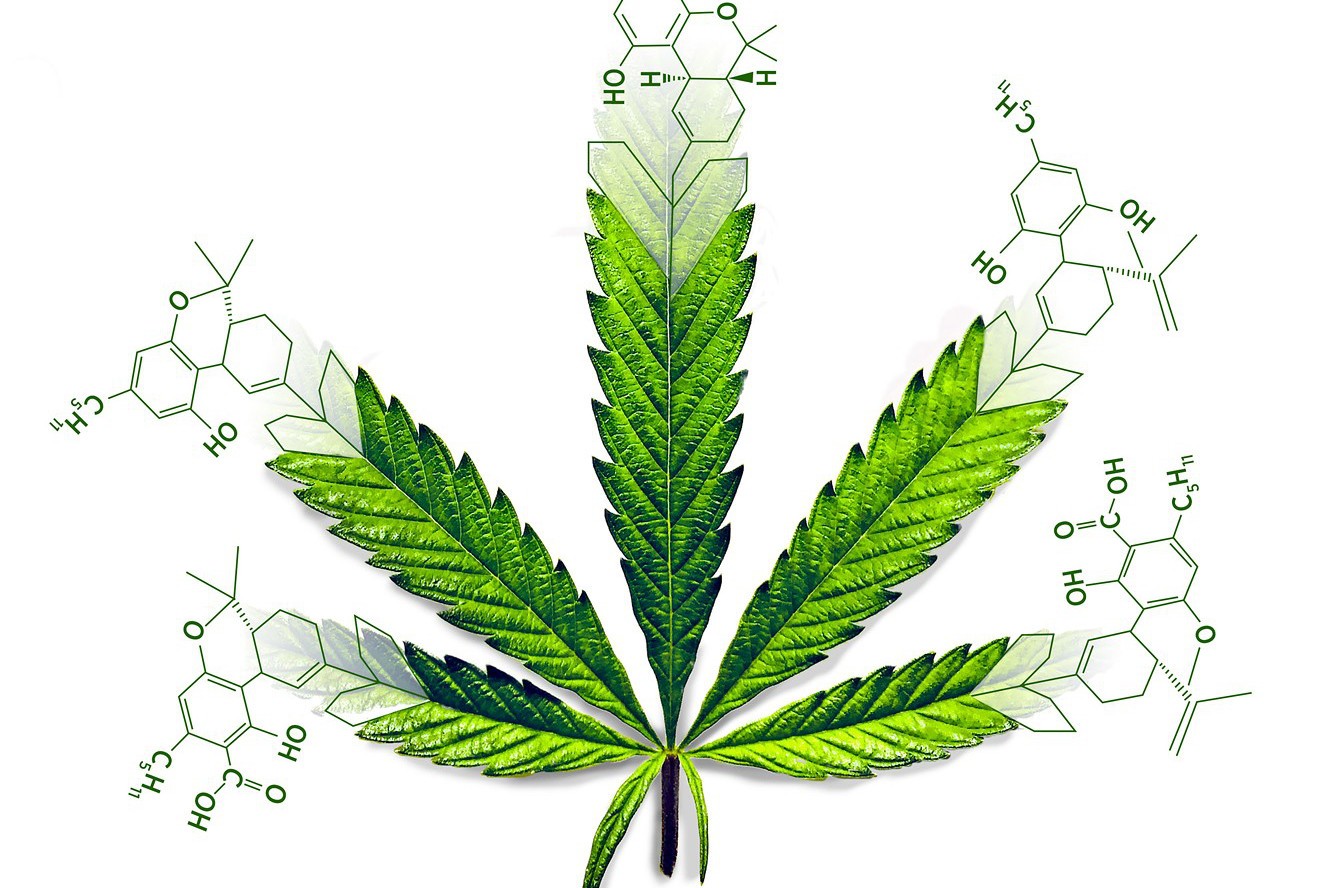 You can find delta-8 and other intoxicating hemp-derived cannabinoids in stores across Texas. That may not be the case for much longer. Photo-illustration by Sarah Schumacher
Over the last couple of years, Texans have had easy access to THC — or at least a version of the chemical in cannabis that produces a high — thanks to the magic of chemistry and imprecise language in Texas law regulating hemp. Local smoke shops and hemp manufacturers have come to rely heavily on selling consumable hemp products, but that could change with Senate Bill 264, filed by state Sen. Charles Perry, a Republican from Lubbock.

State and federal laws regulating hemp, basically a term for low-THC cannabis, cap how much delta-9 THC hemp products can contain in states like Texas, where higher-THC marijuana is illegal. But other kinds of THCs exist. Called isomers, these other forms of THC have the same chemical formula but different structures. Some, like delta-8, have similar psychoactive effects as delta-9, but only the latter occurs naturally in sufficient quantities to get users stoned.

While cannabis plants may not have high enough levels of delta-8 and other isomers to create noticeable effects naturally, with some lab work and chemical reactions, manufactures can convert CBD, another legal compound found in large quantities in the cannabis plant, to THC isomers. Some hemp manufacturers in Texas are creating products with low-enough levels of delta-9 THC to be legal but with enough THC isomers like delta-8 to get similar effects.

For as long as manufacturers have been doing this, roughly the last two years, lawmakers have been trying to stop them, despite people like veterans testifying to the products’ therapeutic effects in helping them cope with chronic pain and post traumatic stress disorder.  The latest attempt comes from Perry and his SB 264. Perry did not respond to a request for comment.

The 2018 Federal Farm Bill and Texas House Bill 1325 legalized hemp on the state and federal levels. It defined legal hemp as cannabis with 0.3% delta-9 THC or less. Manufacturers and lawmakers have argued in court over whether these laws give authority to make products like delta-8. Perry’s bill would end the argument by lumping all the THC isomers together and capping the total amount allowed in hemp at 0.3%. (For comparison, dried marijuana flowers contain typically 10-30% THC by dry weight; concentrates and waxes can run upward to 90%.)

SB 264 would outlaw products with over 0.3% delta-9 THC and those that contain “synthetically derived [THCs]” or an overall THC content exceeding 0.3%. The bill includes a section that says people can't sell or distribute consumable hemp products with cannabinoids to consumers, “other than products generally recognized as safe by the United States Food and Drug Administration.”

Both the Food and Drug Administration and the Centers for Disease Control and Prevention have issued notices about products containing delta-8, warning about adverse effects, the way they’re manufactured and the unregulated nature of the market.

Zachary Maxwell, president of Texas Hemp Growers, has been a vocal advocate for the hemp-derived THC isomer market over the last couple years. He said the industry may not survive Perry's bill.

"Senate Bill 264 would deliver a devastating and potentially fatal blow to Texas’ hemp industry," Maxwell said. "Texas Hemp Growers is communicating with state officials about our concerns, including the future of THC isomers, and addressing the state’s ban on smokable hemp products."

Ben Meggs, CEO and founder of the Texas business Bayou City Hemp Company, said he hopes he can work with state lawmakers on a path forward that doesn’t include a complete ban on products like theirs.

“As leaders in the Texas hemp industry, Bayou City Hemp Company is on a mission to legitimize the industry – and that means working with the state to create fair and appropriate regulations,” Meggs said. An outright ban will only drive the industry underground which is detrimental to consumer safety, small business growth, and the ability of the state to collect taxes.”

He added, “We believe the state has the right to implement regulations, but we suggest they do so under the guidance of creating fair and appropriate laws.”

This isn’t the state’s first legislative attack against THC isomers in hemp. In 2021, Perry added an amendment to proposed House Bill 2593. The bill would have reduced penalties for marijuana possession, but with Perry’s amendment it would have also introduced a 0.3% cap on all THCs, instead of just delta-9. This would have banned the hemp-derived THC market; now Perry’s latest bill would do the same. If passed, it would take effect Sept. 1, 2023.
KEEP THE DALLAS OBSERVER FREE... Since we started the Dallas Observer, it has been defined as the free, independent voice of Dallas, and we'd like to keep it that way. With local media under siege, it's more important than ever for us to rally support behind funding our local journalism. You can help by participating in our "I Support" program, allowing us to keep offering readers access to our incisive coverage of local news, food and culture with no paywalls.
Make a one-time donation today for as little as $1.