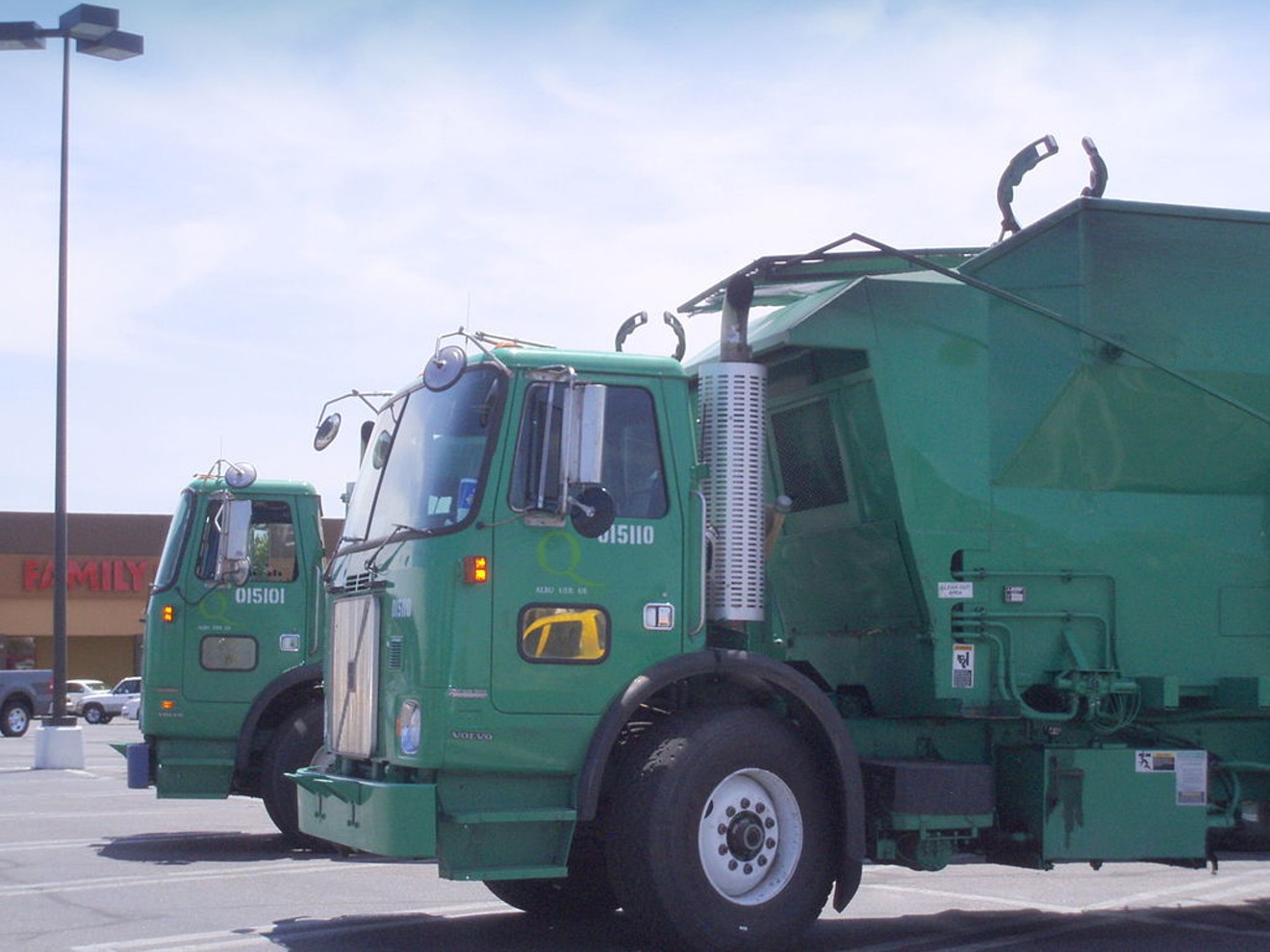 Changes to the sanitation services' schedule and route affected more than half of the city's residents. Cathy from USA, CC BY-SA 2.0, via Wikimedia Commons
The rollout of Dallas’ new garbage and recycle pick-up schedule is off to a rocky start.

In December, the city’s Department of Sanitation Services implemented a set of changes to address delays and make the workday shorter and more manageable for its employees. The new schedule was met with thousands of missed garbage and recycle service pick-ups throughout December and the beginning of this month.

Residents throughout the city experienced delays in service or no service at all. The snafu led Dallas City Council member Chad West to hire a private company to fill some of the gaps in service for his residents.

In a Jan. 14 email to residents in his district, West said, “I have received more complaints about the new trash schedule rollout than any other public service change in the last 3.5 years.”

In a memo to the mayor and City Council last week, Assistant City Manager Carl Simpson explained why residents were experiencing such disruptions. Simpson also said the number of missed service complaints is returning to normal. Before the new schedule was implemented, 300–400 complaints would come in every week about missed garbage service. There would often be 200–300 other complaints each week about missed recycling service.

“I have received more complaints about the new trash schedule roll-out than any other public service change in the last 3.5 years.” – Chad West, Dallas City Council

Last week, the number of these reports started to return to normal levels.

Simpson said a few factors contributed to the disruptions in service. For one, the drivers were still new to their changed routes, and there was an unanticipated cold snap in December. During this time the sanitation services department was also seeing an increase in maintenance issues with its trucks. This made the delays worse. On top of it all, some residents at existing pickup locations needed their trash picked up in the alley while others needed it picked up at the curb, making the process even slower.

Before the change, the sanitation services department was picking up trash and recycling four days each week. This left employees in the department working 10–12 hour days and little time for the city’s Department of Equipment and Fleet Management to maintain its vehicles.

In fiscal year 2021–22, the department experienced a nearly 50% turnover rate among truck drivers, much of which has been attributed to long and rigorous workdays. The new schedule added another day to the workweek with the aim of shortening individual workdays to 8–9 hours and allowing more time in the schedule to maintain equipment.

The department has 203 trucks and requires 148 of them for daily garbage and recycle pickups. A nationwide parts and labor shortage in the automotive industry has affected Dallas in a number of ways. Dallas Fire-Rescue, for example, has had to rent some vehicles because of maintenance delays. The sanitation services department often operates with fewer trucks than needed because of the parts and labor shortage as well.

While the maintenance schedule should improve, the City Attorney’s Office is also working to reach lease and purchase agreements with outside vendors to provide more trucks for the department. As the sanitation department works to get the new trash and recycling schedule on track, the city’s code compliance staff will also be keeping an eye out for reports of missed service.
KEEP THE DALLAS OBSERVER FREE... Since we started the Dallas Observer, it has been defined as the free, independent voice of Dallas, and we'd like to keep it that way. With local media under siege, it's more important than ever for us to rally support behind funding our local journalism. You can help by participating in our "I Support" program, allowing us to keep offering readers access to our incisive coverage of local news, food and culture with no paywalls.
Make a one-time donation today for as little as $1.