The video has since been deleted. Tom Harrison via Facebook
Plano City Council member Tom Harrison is headed for a recall election unless city staff members deem about 1,500 petition signatures invalid. A group called Our Plano, One Plano turned in more than 4,400 signatures Wednesday afternoon calling for Harrison's recall to be put on the ballot in November. Plano's city charter requires 2,791 valid signatures to force a recall election.

Harrison came under fire earlier this year when he shared a video to his personal Facebook page calling on President Donald Trump to "ban Islam in American schools." The video, originally posted by a group called Joined Hands Across America for Trump, rotates through photos of happy school kids, apparently suggesting that some of them are Muslims or are otherwise promoting sharia law in American classrooms.

"We are standing together to let Mr. Harrison know that his bigoted statements offended us, and we expect him to resign," according to a statement from Our Plano, One Plano. "If not, we are prepared to see this through to a successful recall election." 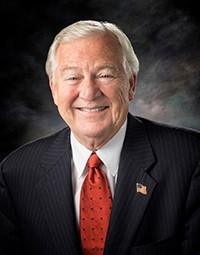 
After the post's discovery, reporters and activists found several additional anti-Muslim posts on Harrison's Facebook account, including one tying Muslims and Democrats to slavery.

Harrison's colleagues on the City Council and Plano Mayor Harry LaRosiliere called for his resignation in February, but Harrison refused to step down. He apologized to those offended by the post but maintained that he is neither a racist nor a bigot.

In a statement issued by a spokesman Wednesday, Harrison struck a similar tone, saying that the post wasn't intended to show support for banning Islam in public schools. Rather, it was "just another viewpoint of religion in public schools," according to the statement.

"Anyone that knows me will attest to me not being 'anti' anything," Harrison said.

The Plano city secretary will evaluate the signatures and the petition, which will be presented to the City Council Monday night.