Texas Vanguard, a white supremacist group, claimed responsibility for the incident online. Texas Vanguard via Twitter
Over the weekend, an unknown group of suspects peppered Southern Methodist University's Park Cities campus with white nationalist banners and posters opposing the LGBTQ community and urging white men to "reject the opioid beast." Texas Vanguard, a white supremacist group, claimed responsibility online for putting up the material, posting photos of masked members giving a Nazi salute in front of the anti-opioid banner. On Monday afternoon, SMU police released photos of the suspects without their masks. 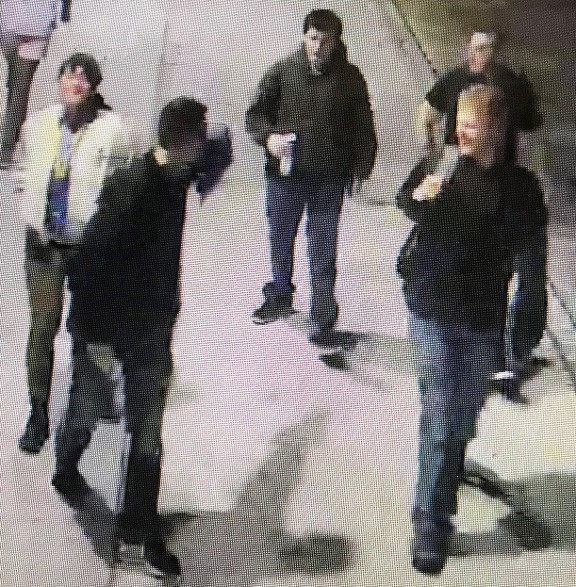 There are five suspects.
SMU police
According to the police department, the five people in the picture got out of dark-colored pickup near Park Cities Plaza at about 11:20 Saturday night. About an hour later, two members of the group popped up on camera again, this time carrying their biggest banner, which read, "White men! / Save your people / Reject the opioid beast!" 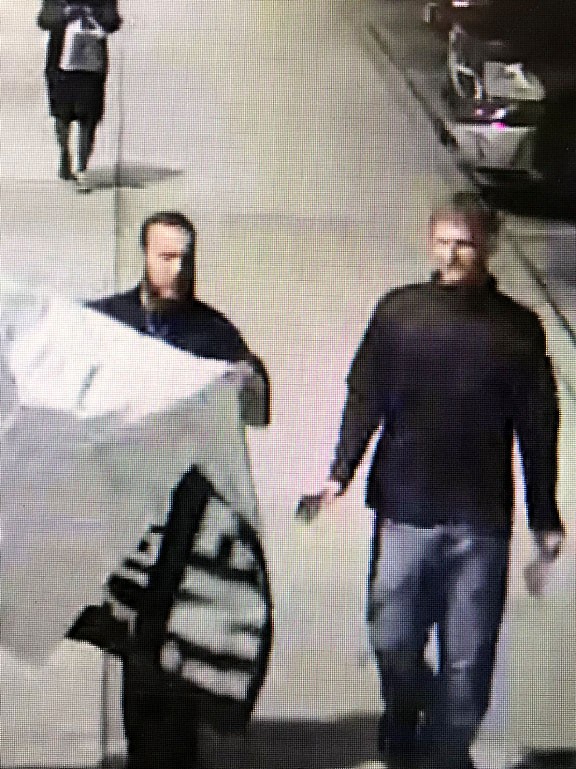 These men are among those suspected of hanging white nationalist banners on SMU's campus over the weekend.
SMU Police
In a statement, SMU President Gerald Turner decried the signs and said that anyone found to have put them up will be prosecuted. "While SMU strongly supports freedom of speech and expression, the outside group featured on these signs promotes an abhorrent message that is opposite to SMU values," he said. "Our university community is deeply committed to maintaining an educational environment that is welcoming and inclusive. As an institution dedicated to learning, we value respectful and civil discourse."

We had a great night at @SMU pic.twitter.com/GJSVuaZJiF

SMU is only the latest campus hit by Texas Vanguard in 2017. This spring, the group, which calls itself the "face of American fascism," put up posters and fliers at the University of Texas at Austin, Texas State University, the University of North Texas, Rice University and Abilene Christian University.

Anyone with any information regarding the potential identities of the suspects in the photos is asked to get in touch with SMU police. To provide an anonymous tip, visit smu.edu/2TIP.