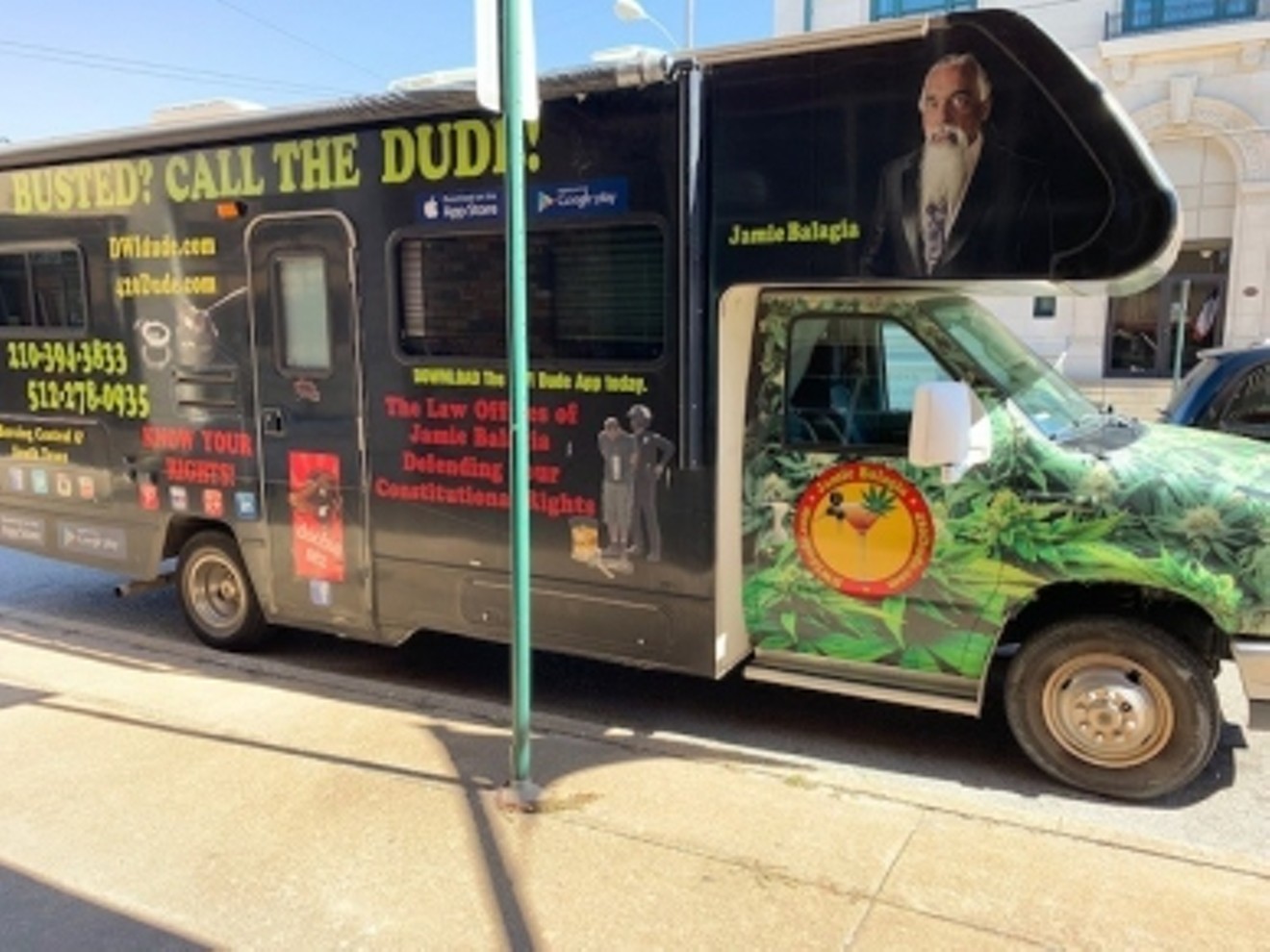 The DWI Dude's ride U.S. Attorney's Office for the Eastern District of Texas
The DWI Dude would've gotten away with it, if not for those meddling kids at the FBI's Dallas field office. Tuesday afternoon, a federal jury in Sherman convicted Austin-based attorney James Balagia of five federal charges related to his scamming of hundreds of thousands in cash from Colombian cocaine traffickers.

Balagia's scam was elegant in its simplicity. In 2013, the attorney, a former Austin cop who specialized in representing DWI and drug defendants, partnered with Chuck Morgan, a private investigator from Florida, and Bibiana Perrera, a Colombian attorney, to provided legal services for three Colombian men who'd been indicted on federal drug charges by the U.S. Attorney's Office for the Eastern District of Texas, which is based in Collin County.

Rather than represent Hermes Casanova Ordonez, Segundo Villota Segura and Aldemar Villota Segura straight up, Balagia, Morgan and Perrera suggested that, in return for inflated legal fees, they would bribe federal officials, resulting in the charges against the men being dismissed or their sentences being greatly reduced.

There were no bribes, nor any U.S. government officials ready to take them.

According to the U.S. Attorney's Office, Balagia provided his Colombian co-conspirators with his personal bank account and routing numbers. Anonymous people then deposited cash into Balagia's account "in amounts intended to avoid federal cash transaction reporting requirements," according to the feds.


"Balagia admitted to driving from his San Antonio office to a mall parking lot in Katy, where he was given a shopping bag filled with bundles of cash from either an unknown individual, or an individual who identified himself only as 'Coco.' "

"Balagia admitted to driving from his San Antonio office to a mall parking lot in Katy, Texas, where he was given a shopping bag filled with bundles of cash from either an unknown individual, or an individual who identified himself only as 'Coco,'" federal officials said in their statement announcing Balagia's conviction.

North Texas federal agents busted Balagia after his clients ratted him out.

“This defendant — and his group — were running a scam on drug dealers — some of the biggest drug dealers in the world,” U.S. Attorney Joe Brown said Tuesday. “Fortunately for him, these drug dealers chose to turn him into the FBI rather than handle it any other way. It is important for the American justice system that we prosecute those who represent that the justice system is for sale. The Colombians, and criminals in every other country that we deal with, need to understand things don’t work that way in the United States. When we have lawyers representing that officials can be bought, we take that very seriously.”

Both Morgan and Perrera pleaded guilty to their roles in the scheme in 2018 and received six and seven years in prison, respectively. Balagia, who has yet to be sentenced, faces up to 30 years in prison.
KEEP THE DALLAS OBSERVER FREE... Since we started the Dallas Observer, it has been defined as the free, independent voice of Dallas, and we'd like to keep it that way. With local media under siege, it's more important than ever for us to rally support behind funding our local journalism. You can help by participating in our "I Support" program, allowing us to keep offering readers access to our incisive coverage of local news, food and culture with no paywalls.
Make a one-time donation today for as little as $1.