In May, Joshua Murray Was Held in Contempt of Court. Now, He's Running for Collin County Judge. 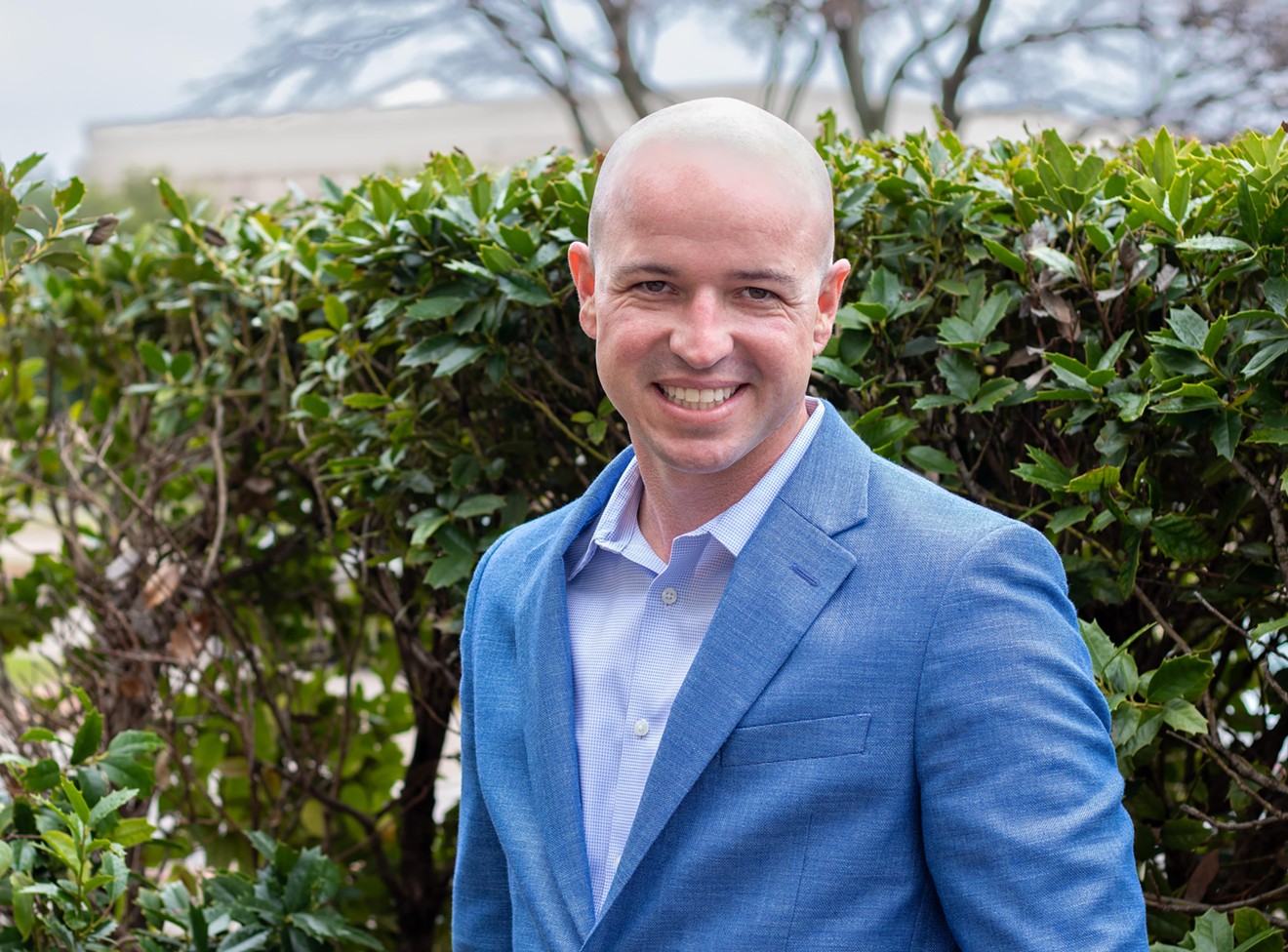 The court has a responsibility for everything that occurs in the county, Murray said, and it was time for officials to start acting like it.

“That includes justice, includes public health, includes infrastructure, public safety,” the Lavon resident said. “It ensures that the sheriff has the resources that he needs — not the day that he needs them, but the year prior.”

Looking at Murray’s track record, few could mistake him for apathetic; he’s consistently spoken at local meetings for the past several years. For some, Murray’s persistent presence has transformed him into a local legend.
Over the past year, the retired Army staff sergeant has shown up at nearly every Collin County commissioners court meeting to hold officials’ feet to the fire. During each meeting, he fits as much information as he can into the three-minute public comments slot.

“To have that impact, you’ve really got to commit yourself to showing up every single week,” he told the Observer.

Incumbent Hill, who in 2018 defeated the Democratic challenger by more than 14 points, could be tough to beat. But Murray plans to take his seat using a data-driven approach to fixing the county’s problems.

Murray said he initially started attending commissioners court meetings because he was concerned about the operational rollout of the COVID-19 vaccine. He also demanded better pay for entry-level detention officers and dispatchers. (After he'd advocated throughout the year, Murray says entry-level detention officers eventually received a 13% pay increase — the largest spike for that occupation in the county’s history.)

“Once you’re made aware of an issue and you have data and quantitative facts to substantiate that there is an issue, then not acting is almost negligent on your part, right?” he said.

Tensions were high earlier this year after a local 26-year-old Black man named Marvin Scott III was killed in custody. During a meeting in May, Murray blasted county officials over the way that they'd handled the Collin County jail.

When his three minutes were up, Hill dismissed Murray, even though another speaker was able to talk past their allotted time. After a brief exchange, bailiffs booted Murray from the room and he was held in contempt of court.
click to enlarge

Joshua Murray is an Army veteran and father of three.
Patrick Strickland
Next, authorities issued a warrant for Murray’s arrest, charging him with disrupting a public meeting. But Murray said he believes he’ll be exonerated.

Hill kicked off his campaign by underlining his record of opposing lockdowns during the pandemic. In a letter to constituents, he also boasted of low tax rates and his familial history in the county.

Hill didn't respond to the Observer's request for an interview.

But Murray’s campaign manager, Tom Logan, points to the melee in the court earlier this year. He marveled that Murray had been held in contempt “for speaking three seconds after the time limit.”

Community activist Hava Johnston appreciates that Murray is in good standing with the community, and that he’s committed to public service — not politics. His level-headed, fact-based approach is what residents need to counter the spread of misinformation at the county level, she said.

The moment Murray was dragged out of the courtroom, Johnston said she knew he was “really strong.” It’ll be refreshing for the county to have a judge who can work toward keeping them safe and maintaining a strong infrastructure, she said.

Murray views issues from an eagle-eye perspective instead of one colored by his own agenda, Johnston said. Plus, he’s fair and unbiased: “He’s everything that Collin County needs right now in a judge,” she said.

Moving forward, Murray is set on making the government more accountable and transparent. And, regardless of whether he wears the title, Murray's dedicated to doing the work of county judge.

“When I commit to something," he said, "I’m going to commit to it 100%.”
KEEP THE DALLAS OBSERVER FREE... Since we started the Dallas Observer, it has been defined as the free, independent voice of Dallas, and we'd like to keep it that way. With local media under siege, it's more important than ever for us to rally support behind funding our local journalism. You can help by participating in our "I Support" program, allowing us to keep offering readers access to our incisive coverage of local news, food and culture with no paywalls.
Make a one-time donation today for as little as $1.