As the Price of Brisket Soars, Local Barbecue Spots Adjust 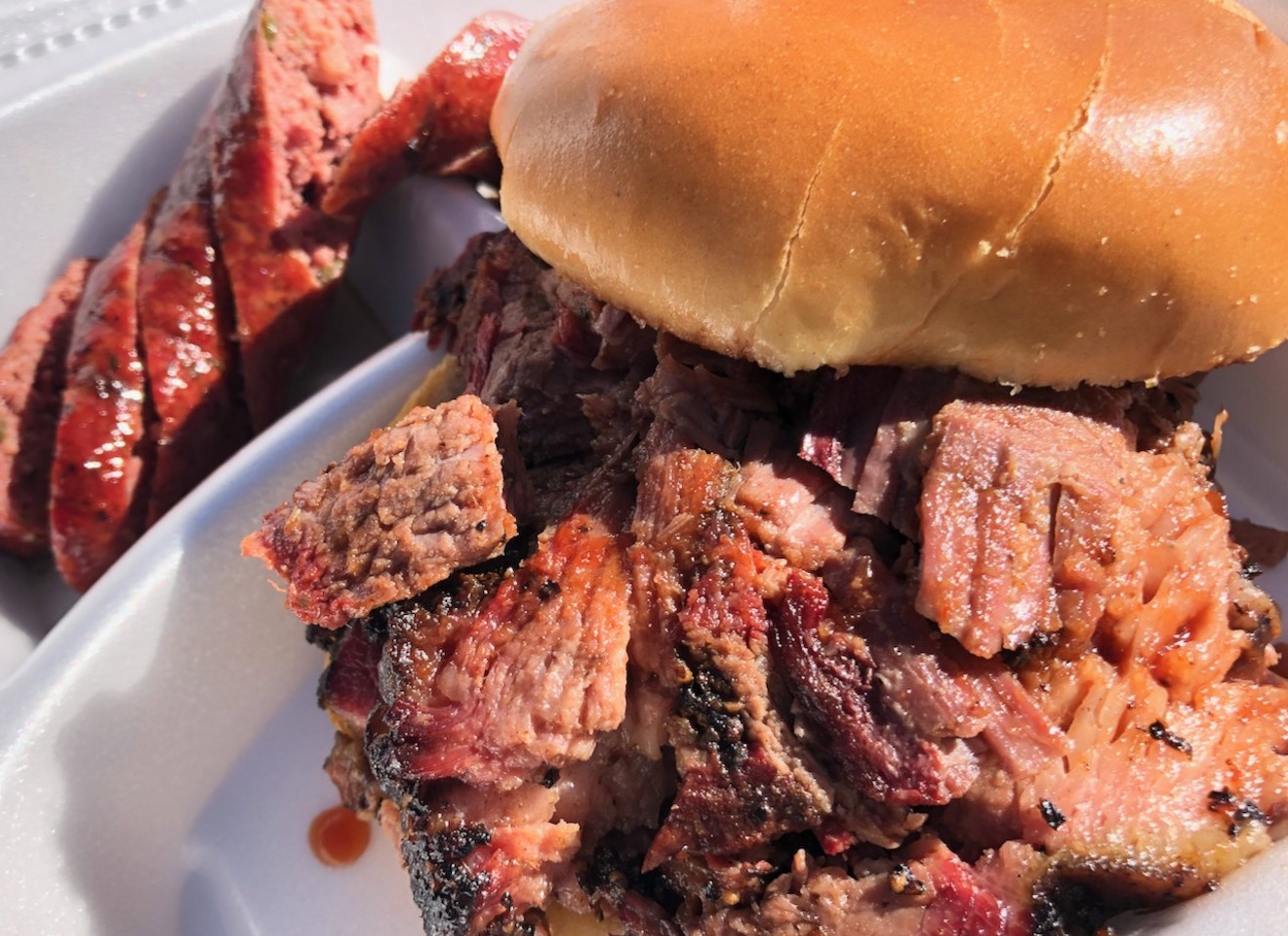 May 14, Hurtado Barbecue of Arlington sent up smoke signals via Facebook: “As much as we hate to do this, we refuse to raise our prices and will have VERY limited supplies of brisket next week, if at all.”

The barbecue spot, which opened its dining room in early 2020, said they’re focusing on more affordable menu items such as tacos and tostadas: “If you want brisket now, we highly suggest coming today thru Sunday [May 17] while we still have supply left, as the beef market is incredibly uncertain for the foreseeable future.”

The price of meat has risen sharply since the beginning of the year due to a slowdown at processing facilities that are dealing with reduced staff and new, slower safety measures. Make no mistake, there’s no shortage of cattle, quite the opposite. But, crowded workspaces at meat plants were an incubator in the early weeks of the pandemic, so facilities have had to send workers home and also divert workforce to cleaning and safety roles.

The chief executive of the world’s largest fresh beef processor, Andre Nogueira of JBS USA Holdings Inc., told the Wall Street Journal May 16, “We will not be able to go to full capacity anytime soon as we fight this virus because of all the changes we have implemented.”

According to the U.S. Department of Agriculture, meat production was down 28% compared with the same time last year with the week ending May 9. Further, the price of beef is up 106% in mid-May since the first of the year.

Restaurants that have lured diners in with succulent and smokey brisket are faced with a new challenge. The skyrocketing cost of brisket. Brisket, ribs and sausage from Pecan Lodge
Catherine Downes
Pecan Lodge has taken a punch but is holding steady.

“Being a business that is most known for our brisket, we are definitely feeling it, to say the least,” Justin Fourton of Pecan Lodge says. “We don't want to turn folks away by jacking up all of our prices, so for now, we are just riding the wave and hoping things will get better soon.”

Lockhart Smokehouse is working around the brisket spike by offering other types of protein for daily specials.

“Brisket prices have at least doubled for us,” Jill Bergus, co-owner of Lockhart Smokehouse, says. “We are holding our menu prices where they are currently in hopes that the processing plants unravel their supply chain issues.”

“We continue to have daily specials like prime rib, which has still been available. Lamb chops, leg of lamb, smoked ham and smoked chicken wings [are more available],” Bergus says.

In the handful of local barbecue places contacted, there were different answers about their supplies and prices.

Todd David of Cattleack Barbeque gets his wagyu brisket from HeartBrand Beef out of Flatonia and reports, unlike others, their prices haven't doubled.

Amy Tipp at HeartBrand says their prices have increased, and they're trying to work through it.

"We know this isn't long term, so we're trying to take the hit as much as possible," she says.

Kenny Mills has been in the beef and smoke game for 45 years. His résumé includes a few Dallas steakhouses, a butcher shop and The Original Chop House Burgers in Arlington, which sells a brisket-packed burger that landed him on Guy Fieri’s Diners, Drive-In & Dives. We asked him to explain a bit about the meat procuring business.

“Well, it’s complicated. The bigger chains and high-volume places usually sign contracts saying they will buy a set amount of meat over a certain amount of time and they lock in those prices,” Mills says. “So, if the market goes up or down, it keeps the same structure.

“Smaller or less busy restaurants usually pay market price, and in cases of shortages, they will lose out to the companies that have contracts. The other part is the bigger the supplier, the more meat they are likely to have, whereas the smaller meat companies that do not have the buying power will suffer the shortages first.

“Also, relationships play a role there. If you have made contacts over a period of time, you are more likely to get advanced notice of future shortages and deliveries so you can be first in line. That’s been my experience.”

On May 14, Tyson Foods, the largest U.S. meat company by sales, announced it was lowering prices for beef products at both grocery stores and restaurants to “keep beef on family tables.” This sale was supposed to last “through the end of the week” (Saturday) and would include 20% to 30% discounts, according to the Wall Street Journal.

That was a four-day sale for an average 25% discount.

Tyson reported record company sales of $10.89 billion and more than $360 million in net income for the quarter ending March 31.

Hurtado Barbecue will continue, for the time-being, to experiment with their menu to avoid the higher costs, an adjustment that isn’t hard to make with tacos and Mexican food already on the menu. Others, like Pecan Lodge and Lockhart, are weathering the brisket storm.

An AgWeb article on Friday, May 15, shed a bit of positive light, noting a recent trend of increased production at slaughterhouses: “Improving slaughter totals means more beef in the pipeline and the first decline in wholesale beef prices in weeks.”

But, like smoke floating above a pit full of briskets, it’s all up in the air for now. With the typical spike in demand for meat over Memorial Day weekend, some are worried meat shortages will only be exacerbated.
KEEP THE DALLAS OBSERVER FREE... Since we started the Dallas Observer, it has been defined as the free, independent voice of Dallas, and we'd like to keep it that way. With local media under siege, it's more important than ever for us to rally support behind funding our local journalism. You can help by participating in our "I Support" program, allowing us to keep offering readers access to our incisive coverage of local news, food and culture with no paywalls.
Make a one-time donation today for as little as $1.