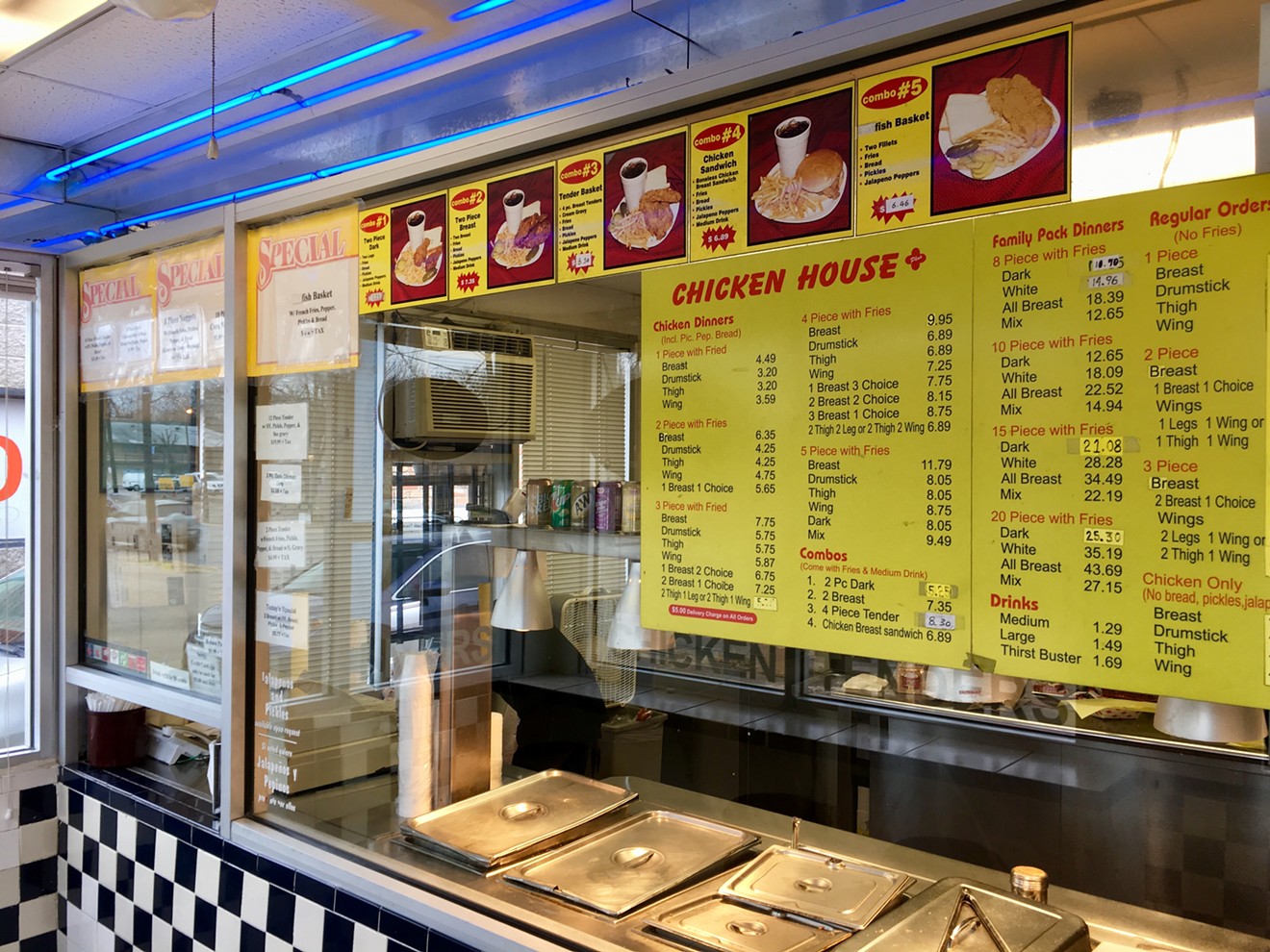 Chan and Suzy Park have run Chicken House Plus in East Dallas for a decade. Nick Rallo
Chan Park takes a quick, deep breath behind his drive-thru window as another car wheels away. The landline rings, and Park snaps it up.

“Tender basket? About 10 minutes, please,” Park says. He hangs up and yanks a basket of chicken out of the fryer, which wafts the scent of his secret seasoned salt, a bright maroon powder speckled with pepper, into the air. He upends the basket of chicken into a metal tray. Randomly undulating swirls of golden crust armor each piece, the pattern as unique as a fingerprint. Two cars are in the drive-thru queue, and Park shuts the window and does it all again.

“We’ve been here about 38 years?” Park says rhetorically, pondering if it’s true that he’s been in Dallas that long. He and his wife, Suzy Park, the team you’ll find running the kitchen on any given day, were born in South Korea and later moved to Dallas. “Yeah, 38 years,” he says. It's been 10 years since the Parks took ownership of the Fitzhugh spot.

Chicken House Plus is the kind of fast food joint that finds its home, lights a candle and keeps it lit. It’s not interested in blinding you with chef-created options. It’s just juicy kitchen and some fried fish. Diving into a plate of fried chicken tenders, swiping enormous fingers through white gravy, you’ll wonder wonder why you aren't here once a week.

There have never been frills at this place. The menu is big as the Wall in Game of Thrones, and there’s a map of deep-fried chicken parts, such as tasty gizzards and livers, to navigate. The ceiling is broken in places, and the tile bulges out in others. There are no seats outside, only concrete barriers. CHP’s drive-thru is stained from rain and dirt, but none of that matters. The chicken, dusted with Park’s seasoning, is why you’re here. It puts every other fast food chicken to shame. French fries are the frozen kind, deep fried and dusted with the same seasoning as the fried chicken.
Nick Rallo
The chicken is, simply, steaming white- or dark-meat parts, parts larger than they should or probably need to be. It arrives locked inside an exoskeleton of crunchy skin. It’s simple, juicy and salty. If Chicken House had a Pantone color, it would be a wonderful beige. Everything is served with a baggie of pickles and jalapeños, maybe a white cream gravy or two, and store-bought white bread, and that’s all you’ll ever need. Ignore the sides. There are no condiments hanging around. There is, however, Diet RC Cola.

Chicken House has caused some of the sharpest, steepest cravings I’ve had in years. After a round of KFC's new barbecue option, which tasted less like barbecue and more like prison chicken, Chicken House Plus is a refreshing blast of unpretentious air. A recent order of the No. 4 combo, a fried chicken sandwich with pickles and seasoned salt on an undressed, squished white bun, reached into the part of my brain that craves chicken sandwiches and punched its lights out. It’s right and good. A repeat visit happened not long after, the car driving into the parking lot like it was entranced.

Park makes a tiny satchel of plastic wrap and drops in a jalapeño with dill pickles. They mingle together before you discus-throw a few extras on your sandwich. The chicken mixes with the salty tang of dill pickle slices, and you’ll wonder why no one’s told you about this place.

“Hi, what do you want today? A whole chicken?” Suzy Park asks a call-in order. In the kitchen, a fillet of fish, thick-dusted in corn meal, is walked over to a deep fryer in tongs. Then, they do it all again.