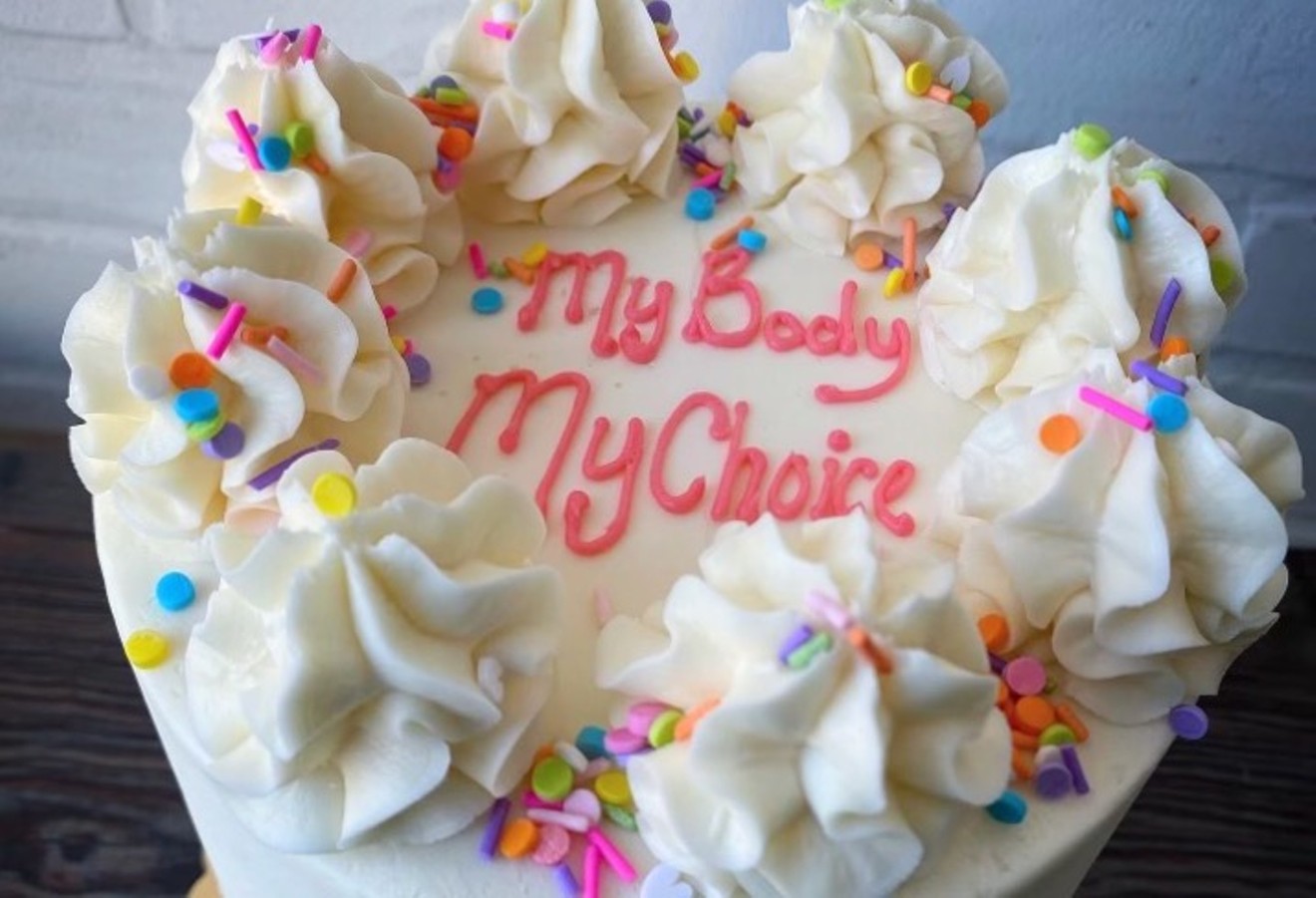 Hive Bakery won't be making celebratory cookies for the Fourth of July, rather more messages like this. Hive Bakery
Several Dallas area restaurants and bars are finding it difficult to celebrate the upcoming Fourth of July holiday after the recent ruling handed down by the Supreme Court overturning Roe v. Wade.

Hive Bakery in Flower Mound, which has a history of promoting liberal issues in its MAGA-heavy community, recently created a "My Body My Choice" cake, which sold out for days. This week they posted on Facebook that they won't be celebrating the Fourth of July:

We don’t really feel like making patriotic, 4th of July desserts this week. We’re mourning the loss of our freedoms. We don’t recognize this country. We’re hurt, betrayed, grieving.


Instead of fireworks in red, white in blue icing, they'll instead articulate their disdain with messages on cookies all week long.

Chef Troy Gardner of TLC Kitchen will also close on the Fourth of July to "mourn the loss of personal liberties, religious freedom and the separation of church and state in America."

On a larger scale, Starbucks announced that they would expand health coverage to include travel expenses for workers seeking an abortion in cases in which the procedure isn't available where they live.

Brandon Hays has been in the local restaurant business since he took an ownership stake in Sfuzzi in 2009. He has a 2-year-old daughter, and his wife is pregnant. He wants to be able to tell his daughter that he did something after this landmark decision overturning Roe v. Wade was handed down.

"This affects women unilaterally. To me, this isn't a political issue it's a human rights issue," Hays told the Observer. "We don't need the Supreme Court to say that men can't decide what to do their bodies, but apparently we do for women. Ultimately, we just believe women should have the right to decide what to do with their bodies, it's just as simple as that."

The one actionable thing Hays felt he and This and That Hospitality group could do is to raise funds for a nonprofit. Whole Women's Health Alliance is committed to providing holistic reproductive care for women, including abortion care and advocacy to eradicate abortion stigma.

"When my daughter says later in life, 'What did you do?' Well, we did this," Hays says.

Hays says that historically 20% is a great margin in the restaurant industry and will likely be the entirety of the profits they'll see over the time period of June 27 to July 3. He hopes that in the end they'll be able to donate $50,000.

"This is simple," Hays says. "It's not a soapbox for us, it's how can we support women with the resources we have."
KEEP THE DALLAS OBSERVER FREE... Since we started the Dallas Observer, it has been defined as the free, independent voice of Dallas, and we'd like to keep it that way. With local media under siege, it's more important than ever for us to rally support behind funding our local journalism. You can help by participating in our "I Support" program, allowing us to keep offering readers access to our incisive coverage of local news, food and culture with no paywalls.
Make a one-time donation today for as little as $1.