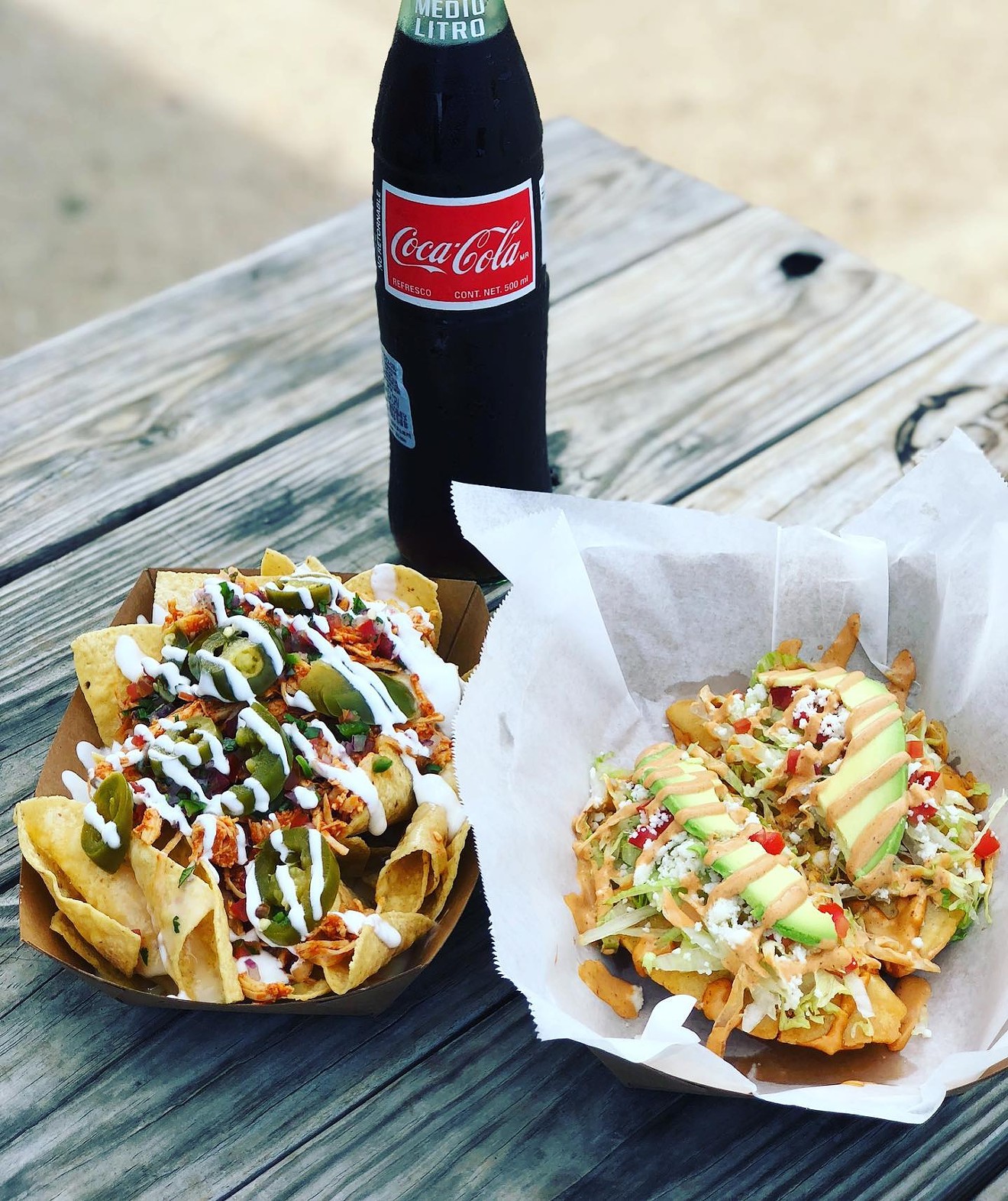 
Twins Carla and Carlos Rodriguez were born in Veracruz, Mexico, and spent their early years eating food made in their grandmother's kitchen. After they immigrated to Texas while still in school, that connection to the particular style of Mexican coastal cuisine remained through their mom and their aunt, the latter of whom was a chef at the restaurant Veracruz in Oak Cliff.

After graduating Adamson High School, Carlos worked at Hattie’s and Tillman’s in the Bishop Arts District, where he learned about the restaurant industry by spending time in the front of the house and as a prep cook in the kitchen.

Then, he and his twin were watching the movie Chef together: The one where a Jon Favreau character walks away from his fancy restaurant gig and rediscovers cooking in a taco truck, all while exchanging we-could-have-been-great banter with his ex-wife, played by Sofia Vergara.

“My sister and I were literally watching the movie Chef, and I was like, ‘Hey, why don’t we do that?’” Carlos says.

That was more than two years ago, and it wasn’t nearly as easy as Hollywood made it seem. When asked if he has any advice for anyone else watching the movie and thinking about a similar endeavor, Carlos pauses for a second, exhales and slowly says, “Oh my God.”

The Cuates Kitchen food truck
courtesy Cuates Kitchen
“Yes. Do your due diligence and research and learn about all the permits for each city,” Carlos says. “There are just so many different rules for each city. Some are very tedious and you might decide it’s just not even worth trying to get the permit.

“Also really pay attention to the truck you’re investing in. You’re going to have problems, it’s a given. So, look at the engine. The generator. Everything. Know exactly what you’re buying. Then, make sure you do the tune-ups and oil changes.”

Carlos also learned the importance of keeping things simple. At first the menu was rather large (for a food truck) with more than a dozen items. It was overwhelming in the small kitchen with limited space. Instead, he learned to focus on the things customers liked the most — empanadas, sopes, nachos, four types of tacos — and nixed the rest. Doing less quicker, but still from scratch, was key.

“Another problem you can run into is making people wait a long time,” Carlos says. “You can still make things from scratch, you have to be smart about it.”

The kitchen is a full family affair. His mother, Fatima Molina, and Carla work on the recipes and ingredients, which also came with its challenges. “My mom has always cooked, but she never uses recipes at all in her life. So, we had to make her write it down because we wanted to have that consistency with every dish, every time.”

Their father helps out in the food truck as well. Often at least four of them can be found in the small kitchen space, elbow to elbow, making dishes their grandmother in Veracruz would be proud of.

Eventually they hope to open a restaurant where they can dive deeper into from-scratch cooking with an expanded menu and more space.

The best way to keep up with Cuates is through the website calendar, but they can also be found on Facebook.
KEEP THE DALLAS OBSERVER FREE... Since we started the Dallas Observer, it has been defined as the free, independent voice of Dallas, and we'd like to keep it that way. With local media under siege, it's more important than ever for us to rally support behind funding our local journalism. You can help by participating in our "I Support" program, allowing us to keep offering readers access to our incisive coverage of local news, food and culture with no paywalls.
Make a one-time donation today for as little as $1.