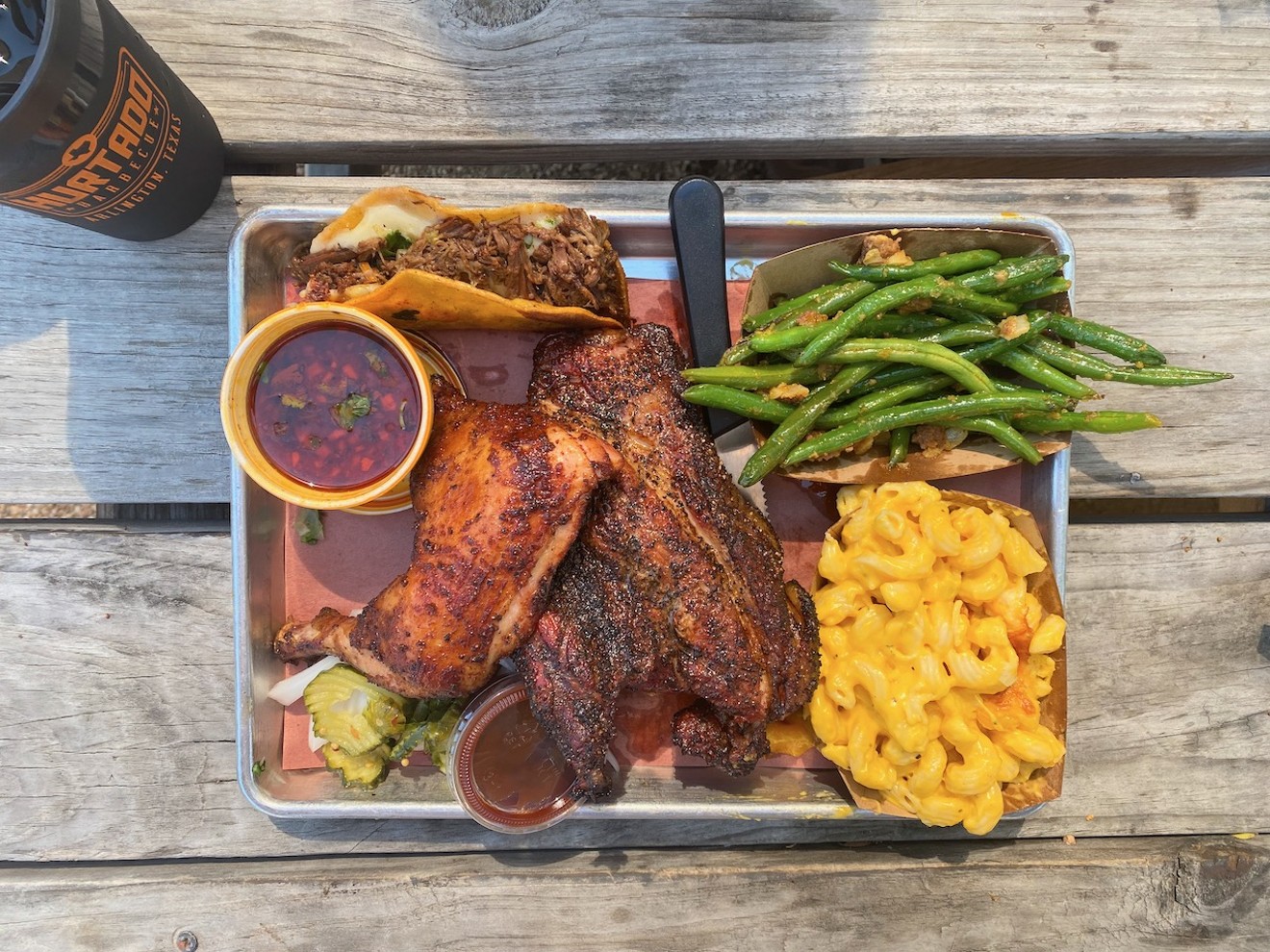 Hurtado Barbecue will open soon along Eighth Street in Fort Worth. Lauren Drewes Daniels
Hurtado Barbecue started off as a pop-up at Division Brewing in Arlington in 2018, peddling a distinct style of "Mexicue" that founder Brandon Hurtado grew up eating in his own backyard.

Just five years later, Hurtado Barbecue has a brick-and-mortar in Arlington, along with a sidecar bar, Hayters, and a restaurant in Little Elm. And soon it'll take over what was Derek Allan's Texas Barbecue in Fort Worth along Eighth Avenue near the medical district. Allan's closed in July. The owner told Bud Kennedy at the Fort Worth Star-Telegram that he was getting out of the time-consuming barbecue business to spend more time with his family.

Hurtado Barbecue was named a top 50 barbecue spot by Texas Monthly in 2021. Central Texas-style smoked brisket is the cornerstone of most dishes here, but it's used in more creative ways than in a traditional barbecue place. Think birria tacos, pork belly brisket tortas and nachos. The menu is a constantly moving target, which only means being a regular never gets boring.

At this new spot, they'll also serve breakfast all day.

And don't ever sleep on desserts at Hurtado. They're outsourced to Tiverton Bakeshop out of Ovilla, Texas. In mid-August, you could have had a lime icebox pie and a horchata panna cotta with a goat milk caramel sauce. As crazy as it may sound, you'd be completely sane to go to Hurtado for dessert only. (But, why would you when you can also get barbecue since you're there already?)

Hurtado is planning to open in Fort Worth by October and is currently hiring for all positions at the new location.
KEEP THE DALLAS OBSERVER FREE... Since we started the Dallas Observer, it has been defined as the free, independent voice of Dallas, and we'd like to keep it that way. With local media under siege, it's more important than ever for us to rally support behind funding our local journalism. You can help by participating in our "I Support" program, allowing us to keep offering readers access to our incisive coverage of local news, food and culture with no paywalls.
Make a one-time donation today for as little as $1.