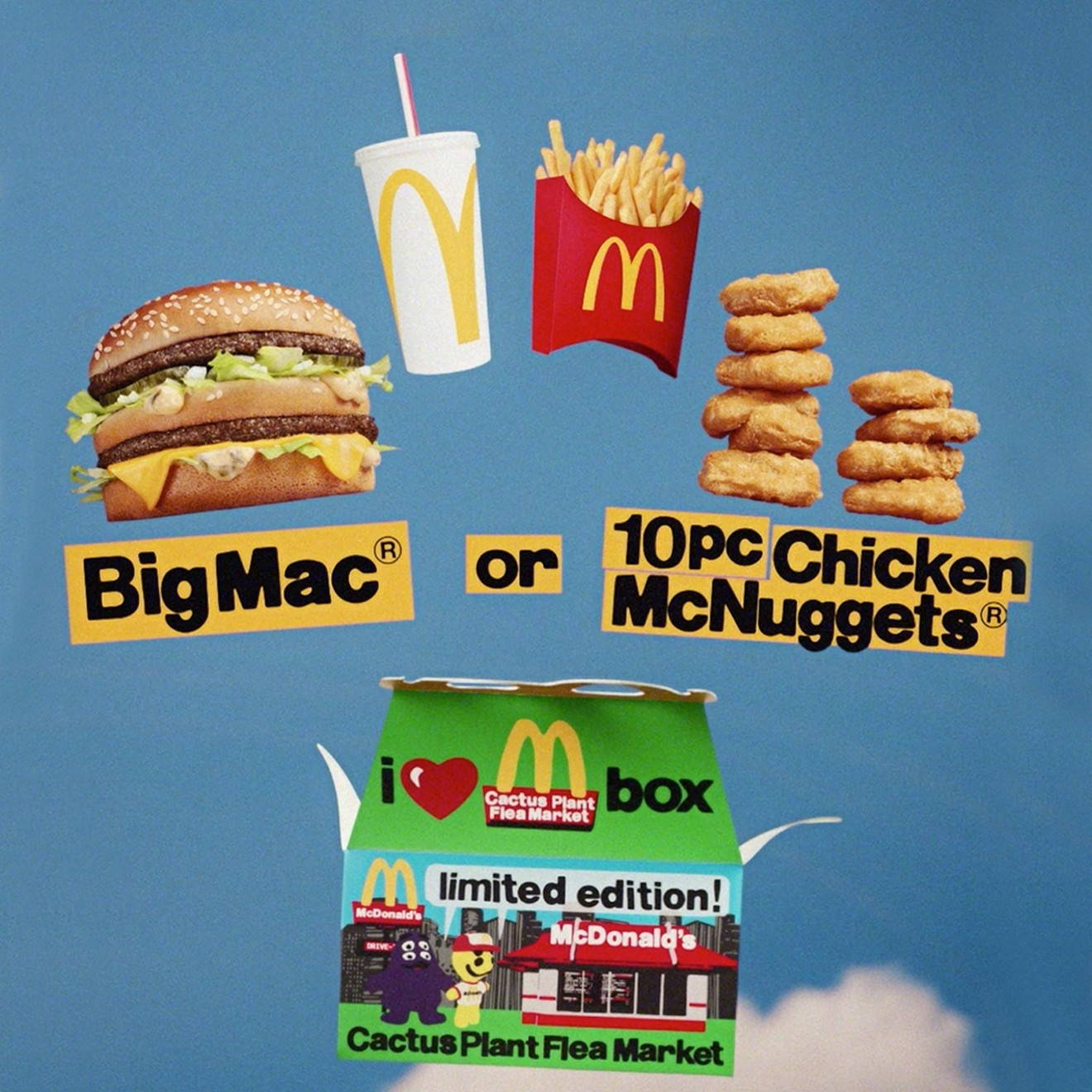 The new Adult Happy Meal is on sale now. Courtesy McDonald's
McDonald's has new adult Happy Meals, available starting Monday. This first-of-its-kind offering is a collaboration with Cactus Plant Flea Market (CPFM), which McDonald's describes in a press release as "one of the most important brands in culture."

CPFM is an obscure fashion brand with sporadic but highly sought-after drops that became popular after being worn by several hip-hop artists including Kanye West and Pharrell, the latter of whom gave the brand's founder, Cynthia Lu, an internship early in her career. Lu has her own degree of mystery as she's never done an interview and stays out of media, preferring that her brand stand on its own.

No matter the unusual branding marriage here, the new Happy Meal comes with either a Big Mac or a 10-piece Chicken McNuggets and French fries and a drink. Yes, you get it in a cute little cardboard box and it comes with one toy, either Hamburglar, Grimace, the long-lost Birde or Cactus Buddy, CPFM's mascot. All the toys are stylized after CPFM's brand; two sets of eyes and a simple wriggly line for a mouth. 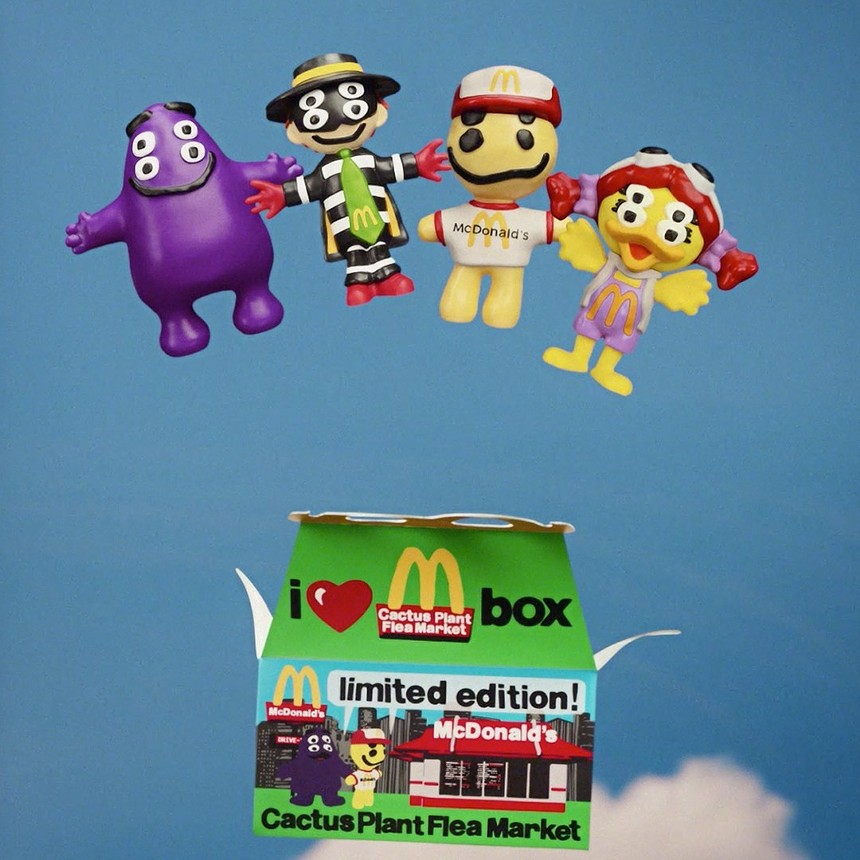 The toys share a likeness to CPFM's mascot.
courtesy of McDonald's
If you treat yourself, hold off before tossing the toy. As with a lot of Lu's work, these toys are already a hot item on the after-market; the day before the official release, a set of all four toys is selling on Ebay for $60.

In other nostalgic burger news, rumors run amok that McDonald's is bringing back their Halloween buckets this year too.
KEEP THE DALLAS OBSERVER FREE... Since we started the Dallas Observer, it has been defined as the free, independent voice of Dallas, and we'd like to keep it that way. With local media under siege, it's more important than ever for us to rally support behind funding our local journalism. You can help by participating in our "I Support" program, allowing us to keep offering readers access to our incisive coverage of local news, food and culture with no paywalls.
Make a one-time donation today for as little as $1.