It's Meat Fight Time (Almost), and Tickets Are Going Fast 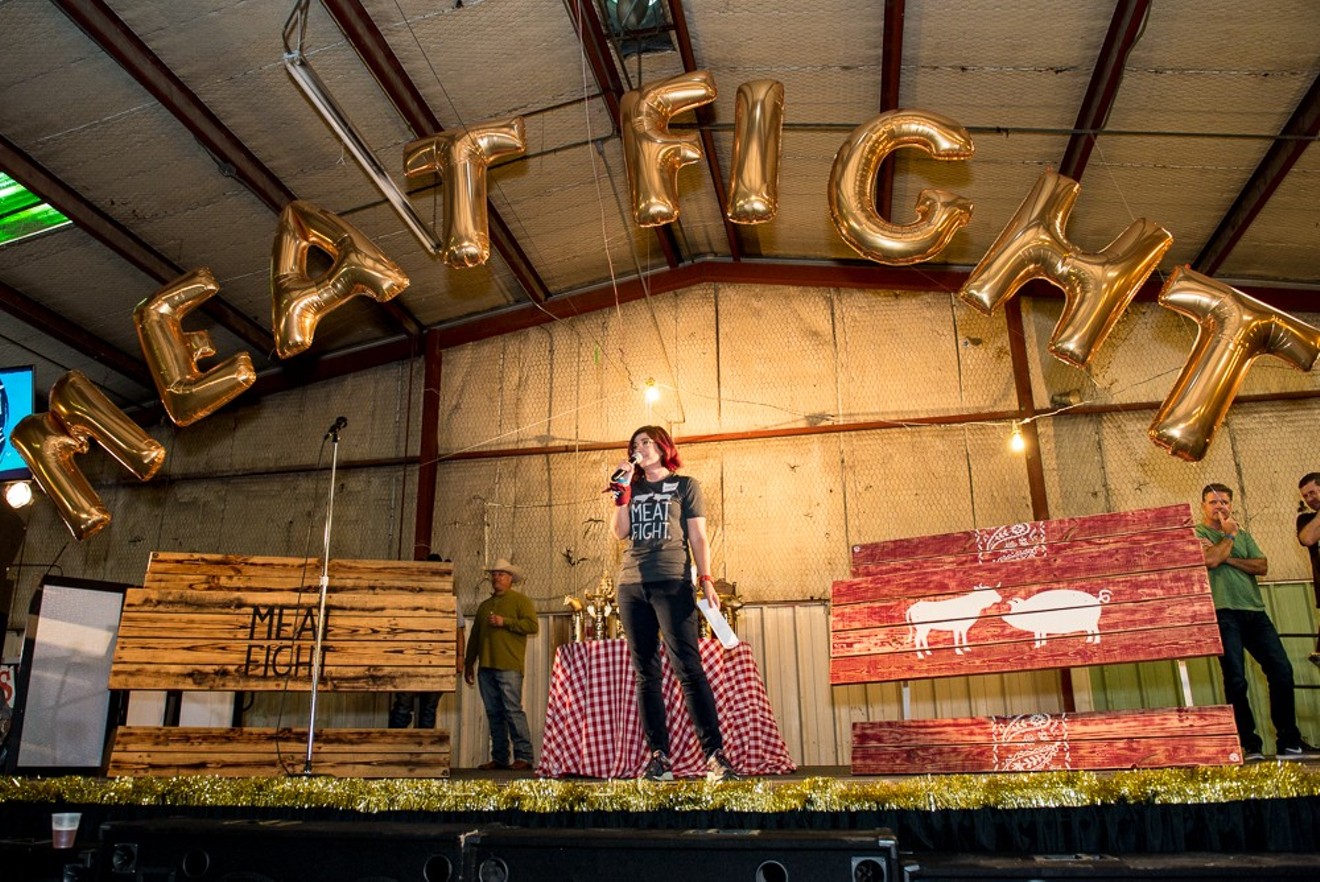 Meat Fight creator Alice Laussade has grown meat fight from a backyard barbecue into one of the city's best annual food events. Alison McLean
Meat Fight is an enigma. This barbecue festival doesn't take itself too seriously (as evidenced by, well ... everything about it), but at the same time, it exists for a serious reason: to raise funds "to visibly, directly, and immediately support people who are living with Multiple Sclerosis," according to Meat Fight's website. From raising money for MS research to directly buying "Meat Bikes" for people living with MS, Meat Fight has serious goals, and they've shattered a lot of them since starting the event in 2010.

Meat Fight also has serious fans. The annual festival, held this year at 6 p.m. Sunday, Nov. 11 at Sixty Five Hundred on Cedar Springs, often sells out fast. In fact, VIP tickets for this year's event have already sold out, even though tickets went on sale only yesterday, and general admission ($95 per person, 21 and up) isn't likely far behind.

Meaty scenes from Meat Fight 2016.
Alison McLean
This year's Meat Fight will put pitmasters from beyond Dallas in an epic battle to see who smokes 'em the best. Just a few on the roster this year: Lockhart Smokehouse, Cattleack BBQ, Meat Church, One90 Smoked Meats and even Texas Monthly barbecue editor Daniel Vaughn, who will attempt to smoke a better brisket than some of Texas' biggest pitmasters.

It's the meat-nerdiest barbecue fest in Dallas, and it's gonna sell out, so snag tickets before it does.
KEEP THE DALLAS OBSERVER FREE... Since we started the Dallas Observer, it has been defined as the free, independent voice of Dallas, and we'd like to keep it that way. With local media under siege, it's more important than ever for us to rally support behind funding our local journalism. You can help by participating in our "I Support" program, allowing us to keep offering readers access to our incisive coverage of local news, food and culture with no paywalls.
Make a one-time donation today for as little as $1.