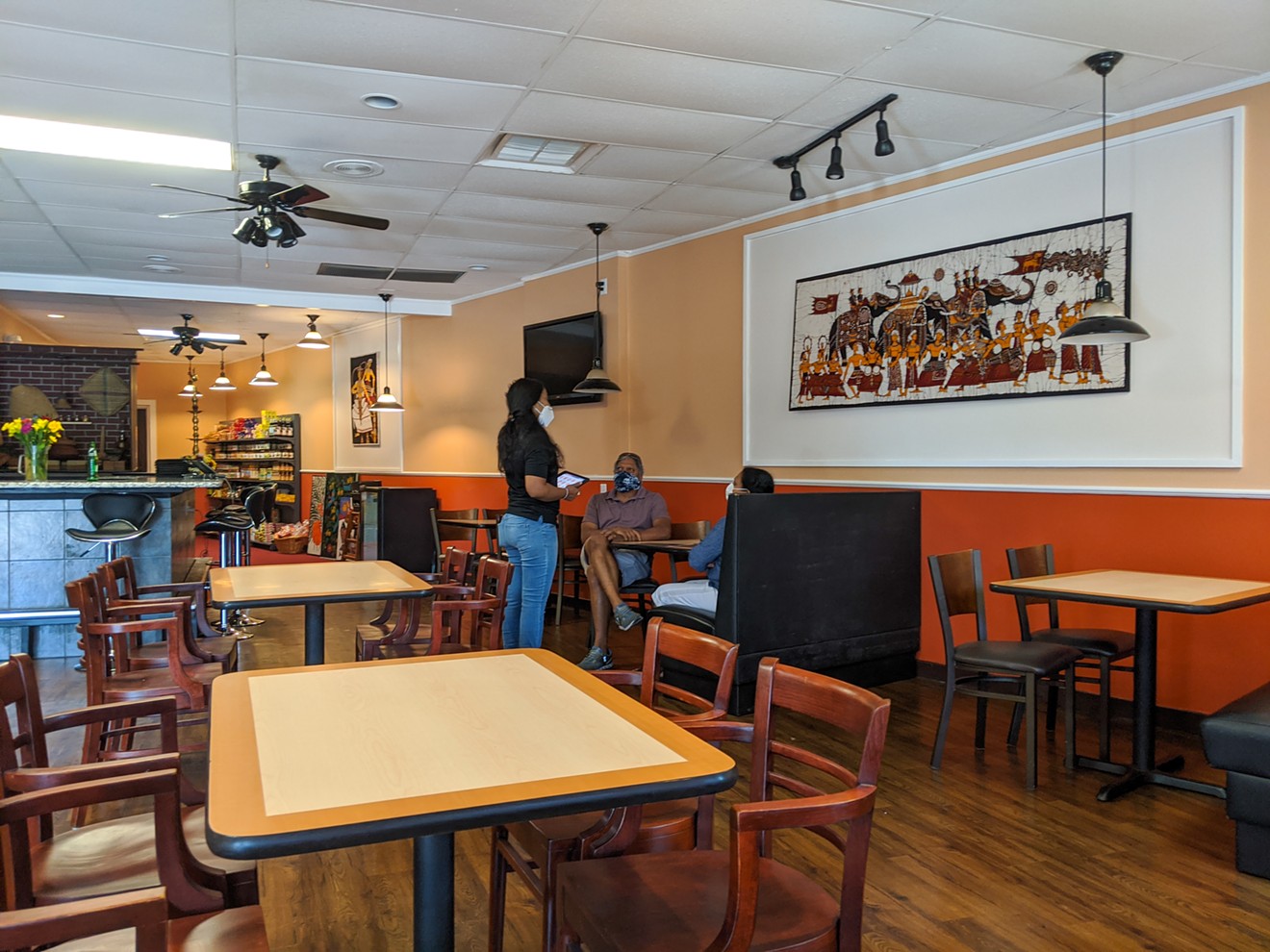 Spicy Zest has expanded in a big way. Brian Reinhart
Dallas’ only Sri Lankan restaurant began its year in a tiny space. Guests bumped elbows at the buffet table; visiting the bathroom required making a detour around the kitchen.

So when coronavirus made it necessary for diners to keep their distance, SpicyZest Sri Lankan Fusion closed its doors.

Now owner Nimidu Senaratne has found an unlikely and inspiring solution to his problem: moving to a much bigger space, a corner unit just down the strip mall with a bar and large open kitchen.

“We completely closed down on March 20, I believe, and then we were closed for almost a month,” Senaratne says. After that, SpicyZest turned to a stopgap measure: on just one day each week, staff cooked takeout orders, paid for with contactless money transfers and served curbside. As word about the service got around, SpicyZest expanded to, ultimately, five days of curbside food.

But Friday, Aug. 21, the grand opening of the new restaurant, was SpicyZest’s first day of dine-in seating in five months.

The new space, which was formerly occupied by a neighborhood bar called Michael’s, is significantly larger, with a full bar built in and enough space for SpicyZest’s owners to create a small Sri Lankan grocery store with spices, pickle relishes and grains. Grocery items are flown in directly across the globe; many can’t be found anywhere else in town.

Senaratne is excited, too, because a larger kitchen means he can add menu items and serve larger portions of the traditional Sri Lankan dishes, pastries and fusion items — including a burger and “spicy pancake bomb” — that have propelled SpicyZest to spots on the Observer’s last two Top 100 Restaurants list.

“This was in our mind for a long time,” Senaratne says. “We were looking for places for over a year.”

The property search led SpicyZest’s team to sites as distant as Las Colinas and McKinney, though ultimately the restaurant only moved about 150 feet. When Michael’s closed mid-pandemic, SpicyZest’s landlord — who was already allowing the restaurant to defer rent payments — suggested the move. 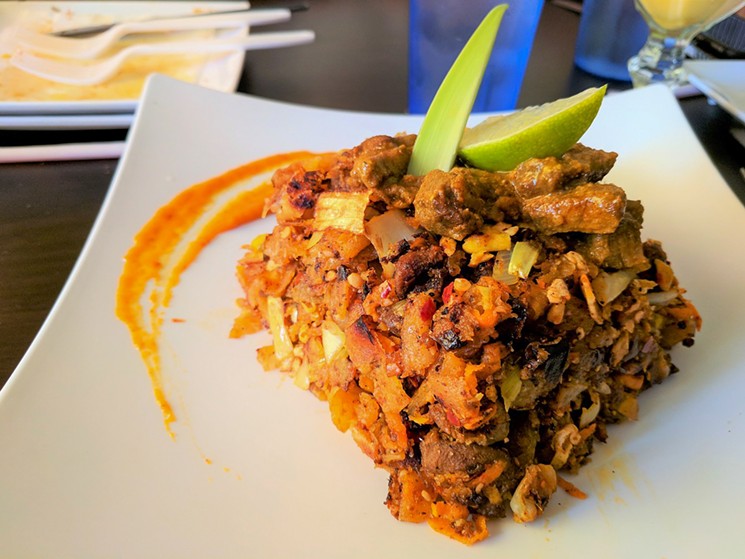 Mutton kottu at SpicyZest
Brian Reinhart
Senaratne is excited about the new space, and his plans for it are so comprehensive that they amount to an unofficial Sri Lankan community center.

The buffet may return after the pandemic is under control, but for now SpicyZest is focusing on filling out its as-yet-unequipped bar. Senaratne hopes to serve Sri Lankan lager and arrack, which is distilled from the sap of coconut flowers. He also plans to create two or three cocktails with Sri Lankan flavors and spices.

On Friday and Saturday nights, SpicyZest will feature live music, something it couldn’t have done in the old space, where a stage could have swallowed up half the dining room. The current plan is for Saturday programming to be more traditional and family-oriented, and Fridays to be a chance to let loose.

“We did all those improvements during the pandemic without wasting time,” Senaratne says, expressing his gratitude both for his landlord and for the loyal customers who made weekly visits for takeout. “Luckily we were able to manage the bad time and survive and make things happen. The dream comes true.”

SpicyZest Sri Lankan Fusion, 13920 Josey Lane, No. 100, Farmers Branch.
KEEP THE DALLAS OBSERVER FREE... Since we started the Dallas Observer, it has been defined as the free, independent voice of Dallas, and we'd like to keep it that way. With local media under siege, it's more important than ever for us to rally support behind funding our local journalism. You can help by participating in our "I Support" program, allowing us to keep offering readers access to our incisive coverage of local news, food and culture with no paywalls.
Make a one-time donation today for as little as $1.