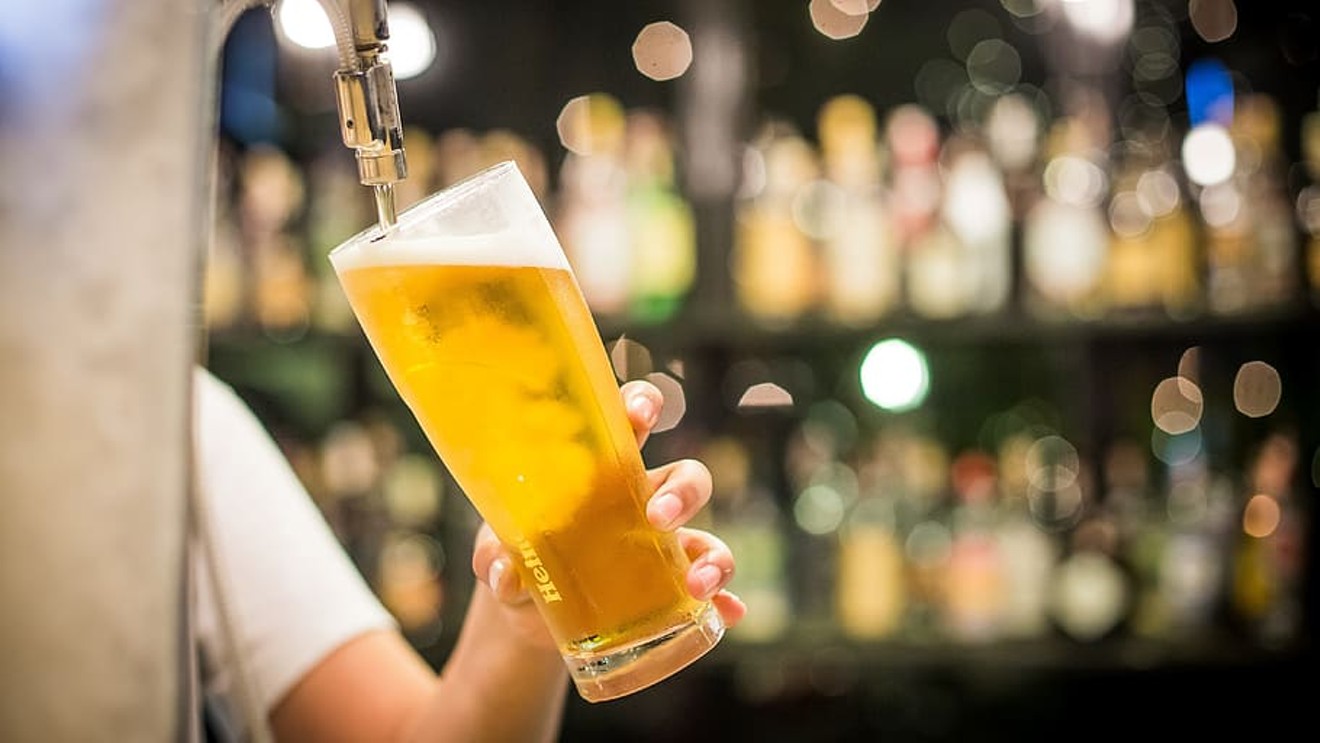 “These violations represent a very small number of the more than 20,000 licensed businesses inspected by TABC since the beginning of May,” TABC Chairman Kevin J. Lilly said in a news release. “A large majority of business owners are showing their commitment to keeping customers and employees safe, and we’re grateful for all of their hard work. TABC is committed to assisting the industry as we all work for a safe Texas.”

But for Alamo Club, it wasn’t actually a violation of safety protocols that got it mentioned in this release, but having the wrong paperwork.

“Really what it is was a clerical error on our part: They came in Thursday night right before we were closing, asking, ‘Do you have the new food certification?’ When I spoke with the TABC six weeks ago before we reopened, I assumed they meant a food permit [through the city],” Alamo owner Austin Rodgers said.

What he actually needed was the TABC’s food and beverage certificate. Rodgers spoke with TABC, went to the organization’s office in Arlington to file for the certificate and intends to reopen soon, possibly by this weekend.

TABC public information officer Chris Porter confirmed that was the case for Alamo Club as well as Shuck N Jive.

“Once they obtain the food and beverage certificate, they can talk to the TABC to have their suspension receded,” he said.

The Lowest Greenville spot had been adjusting to selling more food items than booze to stay open.
Philip Kingston
The other two businesses, Bungalow and High Fives, did show disregard for safety measures, according to the TABC.

“Those were issues related to social distancing; people weren’t remaining seated when they should’ve been, some staff members weren’t wearing facial coverings as they’re required to,” Porter says.

Agents are continuing to take part in Operation Safe Open, inspecting businesses to ensure they’re following certain standards: indoor customer capacity limits of 50% for bars and 75% for restaurants and social distancing of at least 6 feet between groups of customers.

TABC is strictly monitoring bar and restaurant activity and will pursue emergency license suspensions if there are violations that threaten public health and safety. TABC has the authority to suspend any license that poses a continuing threat to public welfare. The first infraction could result in up to a 30-day license suspension, and the second could mean up to a 60-day suspension.
KEEP THE DALLAS OBSERVER FREE... Since we started the Dallas Observer, it has been defined as the free, independent voice of Dallas, and we'd like to keep it that way. With local media under siege, it's more important than ever for us to rally support behind funding our local journalism. You can help by participating in our "I Support" program, allowing us to keep offering readers access to our incisive coverage of local news, food and culture with no paywalls.
Make a one-time donation today for as little as $1.