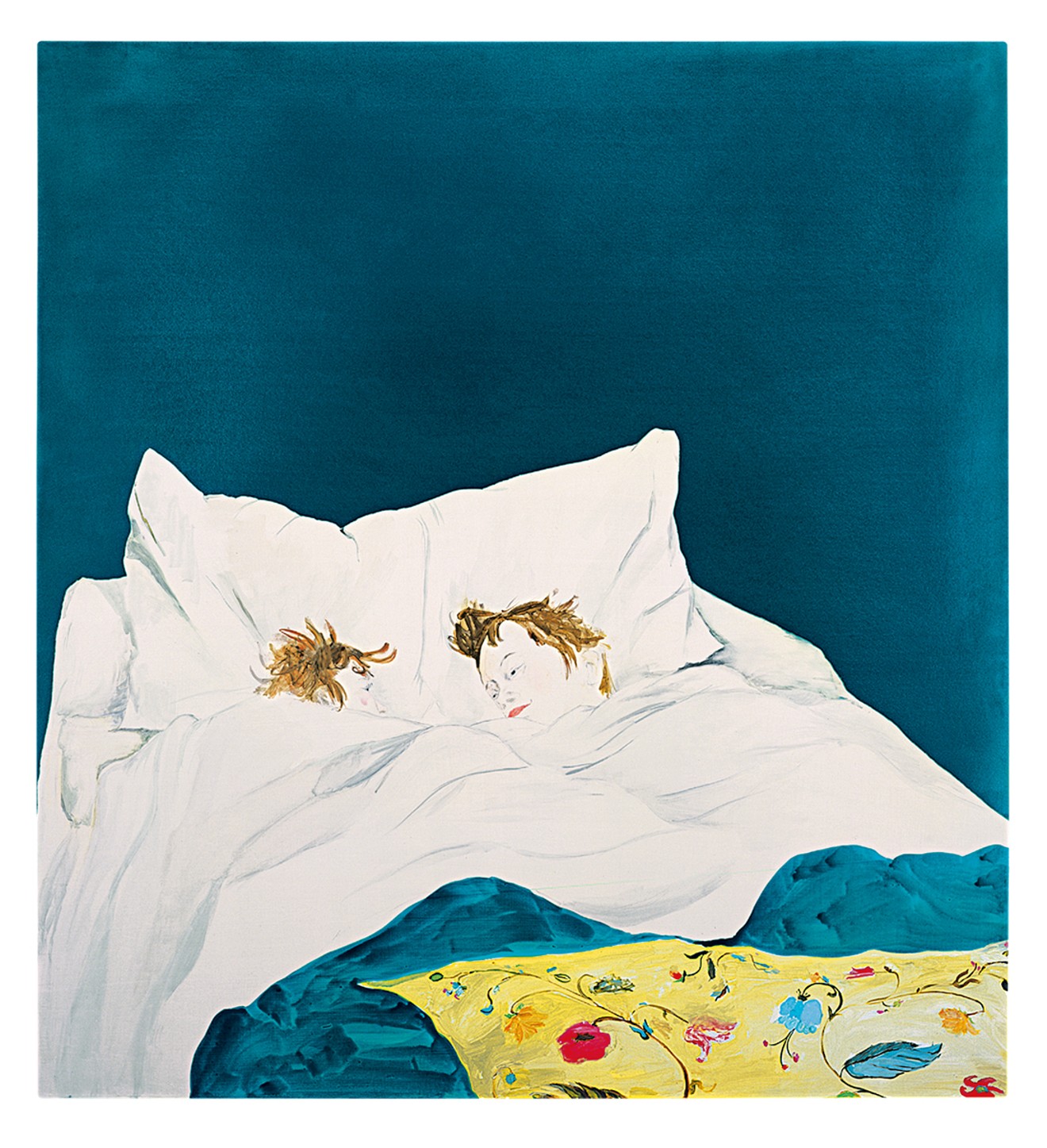 
Through her chosen medium of painting — which wasn’t exactly a safe bet for a young artist in the 1990s, when Laura Owens' career began — the contemporary artist checks most boxes: Her art references art history; it’s highly personal; it's collaborative; and despite its undeniable painterliness, Owens incorporates a multitude of found objects and sculptural appendages in her work, making it multidisciplinary. She’s the quintessential 21st-century artist.

Through July 29, the Dallas Museum of Art is hosting a mid-career survey of Owens’ work that originated last year at the Whitney Museum of American Art under the direction of curator Scott Rothkopf. It’s the second major museum show for the artist. Her 2003 early career survey was at the Museum of Contemporary Art in Los Angeles, where Owens resides. She received her artistic training in the early '90s at the Rhode Island School of Design and CalArts.

One of the themes in the show is Owens' interest in the site-specific. Before entering the gallery, visitors see three large canvases from a 2016 site-specific installation at San Francisco’s Wattis Institute for Contemporary Arts. Owens’ wallpapered gallery walls, with images she produced through digital and analog techniques, have become a signature.

The works, which have since been cut and framed into 10 canvases are black and white, with numbers, letters and grids. Owens has layered swashes of painting, scans of HTML email, and a saccharine painting of a sailboat onto the otherwise starkly digital images. Hidden speakers broadcast answers to text messages, which visitors can send to provided numbers.

Inside is a series of paintings about art. The paintings in the first gallery are crisp depictions of gallery spaces, each subtly referencing the others. One of the more fascinating aspects of Owens’ work is this dialogue she creates among canvases.

One side gallery shows the re-creation of a 1998 collaborative gallery show of work by Owens and then-boyfriend Jorge Pardo, in which Pardo built bedroom furniture and Owens created playfully suggestive and technically complex paintings of bees and hives to hang on the walls. Another contains a series of gestural abstractions that might evoke Cy Twombly for the digital age.

In the early 2010s, Owens returned to abstraction more aggressively with a series of paintings referred to as her “Pavement Karaoke” series. (All of her works are untitled.) The works are a reference to Owens’ love of the band Pavement. The large canvases again blend digital and analog. They features scanned and silk-screened personal ads, and pink and grey grids, over which Owens has layered mixed media and heavy paint strokes that evoke the colors of pop art and industry.

Owens engages in the seemingly endless reclamation of female-associated objects and colors as serious art, but it’s clear to even a passive observer that her work is about much more than that. Like most artists, her interests and priorities have shifted dramatically through time.

The most interesting aspects of Owens’ work are the moments in which you can see her wrestling with how far the medium of painting can stretch. Her work is included in an exhibition at the Institute of Contemporary Arts in Boston titled “Art in the Age of the Internet."

If it’s fair game to read Owens’ work through the lens of the feminine or maternal, it’s equally fair to read it through the lens of the internet. Owens uses painting as pastiche and painting as identity formation in much the same way we construct our identities online. Like her online contemporaries, she has dozens of tools at her disposal, and her playful use of color, found imagery and especially digital techniques mimics the way we construct and collage our lives online.