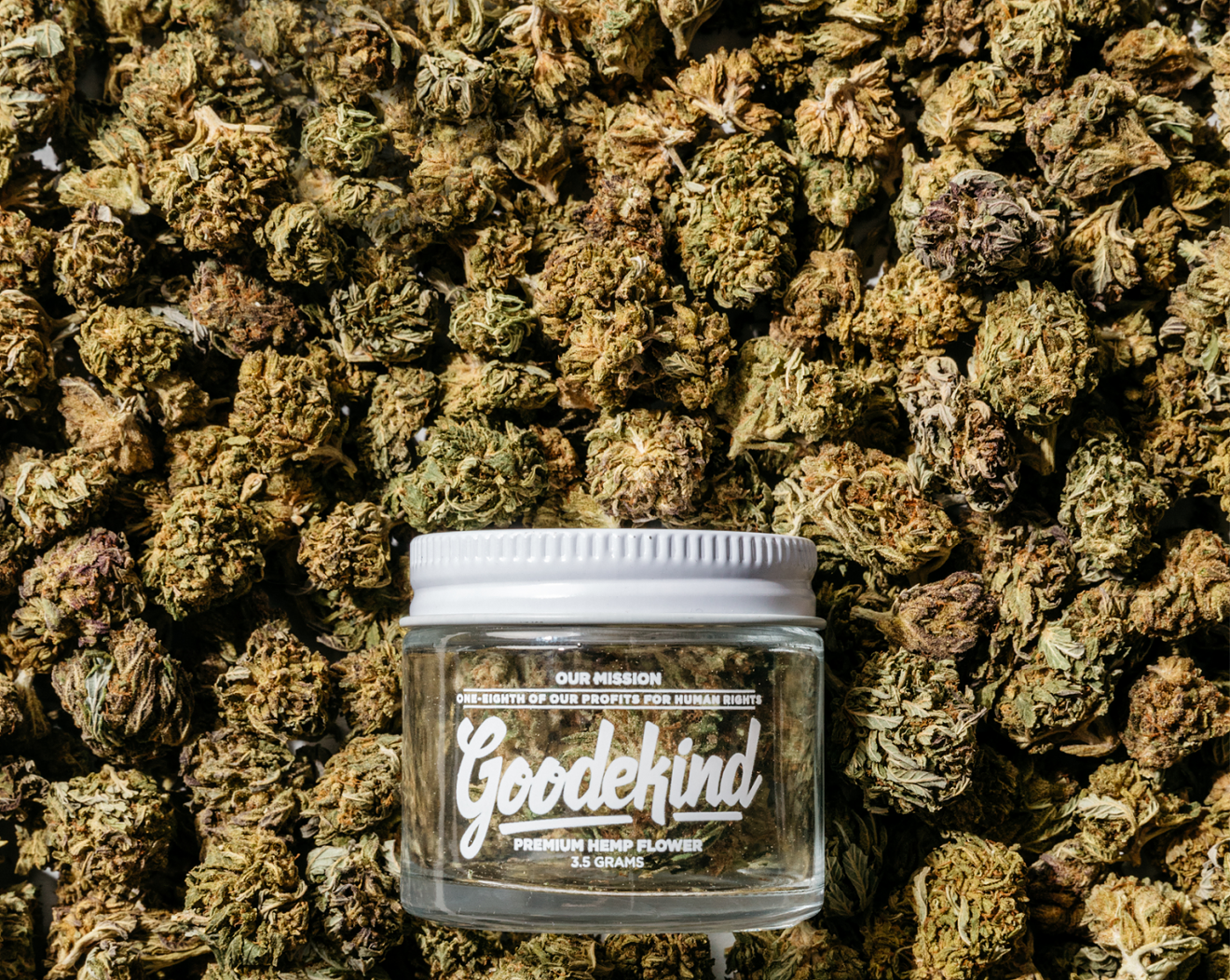 The new local Delta-9 gummies by Goodekind really are the good kind. courtesy Goodekind
The road to legalization has been an endless obstacle race for the cannabis industry. Independent retailers and family-owned farms have faced particular challenges through state legislation, from licensing fees to rules that disproportionately affect minorities.

An example is a rule in Texas for obtaining a hemp growers license: “Individuals with a felony conviction involving a controlled substance in the past ten years may not hold a hemp license.”

Ten years is a long time, especially when, according to a 2021 study done on racial and ethnic disparity in state prisons, Black Americans are incarcerated in state prisons at nearly five times the rate of white Americans.

Despite the statistics, there are minority-owned cannabis brands in the country that are doing their part to change the landscape. One of those companies is Goodekind, a Dallas and California-based cannabis company that is owned by Flip Croft-Caderao and his sister-in-law Kayla Croft.

What sets Goodekind apart is their commitment to do business with other minorities and bring awareness to social injustices. Goodekind strives to source from minority- and women-owned farms and manufacturing facilities. Croft and Croft-Caderao believe supporting historically marginalized business owners is an important step in establishing social equity within the industry, and their goal is to be 100% sourced from minority and women-owned businesses by 2022.

“All the hemp and cannabis licenses are owned by large, white-owned, money-backed, multi-state operators. It’s corporate,” Croft-Caderao says. “The way the customers kind of feel is that we are all getting the same shit. It’s all the base, same mass-produced product that they are trying to mark up and make their money on and the volume really suffers from that.”

The owners are still optimistic that the industry will one day become more fair for minorities and women. Croft handles much of the sourcing for Goodekind and Croft-Caderao says the women-owned farms that supply their flower appreciate being able to do business with other women.

“I think there is a lot of that bonding that has happened from just helping each other out,” Croft-Caderao says. “There is such an emphasis on we are all in this together and we’re trying to help each other out, give each other information and tricks on how to do this which is very different than the corporate world.”

Minority and women-owned companies are hard to source, and Croft-Caderao says that marketing is even more challenging. One of them is trying to get approval for online advertising for CBD and hemp products, so Croft and Croft-Caderao have built a lot of their client base through social media and word of mouth. He credits a lot of their growth as a company to their loyal customers.

“We are all for our customers all the time,” Croft-Caderao says. “That has taught me that they are your greatest advocate. Our customers will also post on social [media] and we are not paying them. They do it because they care and I think that is a marker that we are doing something right that people care enough to share it with their friends and family.”

"We wanted to play around with an idea that what if this business actually tried to do some good in the world and enact some change as opposed to just collect a paycheck.' –Flip Croft-Caderao

One-eighth of Goodekind’s profits are donated to a nonprofit called DIGDEEP that provides running water to communities in the Navajo Nation and Appalachia. As Goodekind continues to grow, the owners plan to expand the network of nonprofit organizations with which they partner.

“A lot of people focus on money and focus on building a big business, but when me and my sister got into this we talked about wanting to do something different and separate ourselves from the rest of those brands,” Croft-Caderao says. “But we wanted to play around with an idea that what if this business actually tried to do some good in the world and enact some change as opposed to just collect a paycheck ... That’s what it’s all about, trying to find people that are in line with our values and really believe what we’re doing.”

Goodekind is preparing for the release of their newest product, an organic delta-9 THC gummy that will contain around 10mg of THC per gummy.  The delta-9 gummies are legal under the 2018 Farm Bill. As long as the product contains less than o.3% of delta-9 THC by dry weight, the product is in full compliance with federal law.

Croft-Caderao believes the fight between Texas legislation and hemp companies will continue for the foreseeable future, but he hopes they'll move into the right direction.

“I do think that brands like ours starting to come into the market with these Delta-9 products, that’s the real change,” Croft-Caderao says. “I think that’s going to be the weird gray area that we are living in and I think people are going to question if we even need to legalize.”
KEEP THE DALLAS OBSERVER FREE... Since we started the Dallas Observer, it has been defined as the free, independent voice of Dallas, and we'd like to keep it that way. With local media under siege, it's more important than ever for us to rally support behind funding our local journalism. You can help by participating in our "I Support" program, allowing us to keep offering readers access to our incisive coverage of local news, food and culture with no paywalls.
Make a one-time donation today for as little as $1.