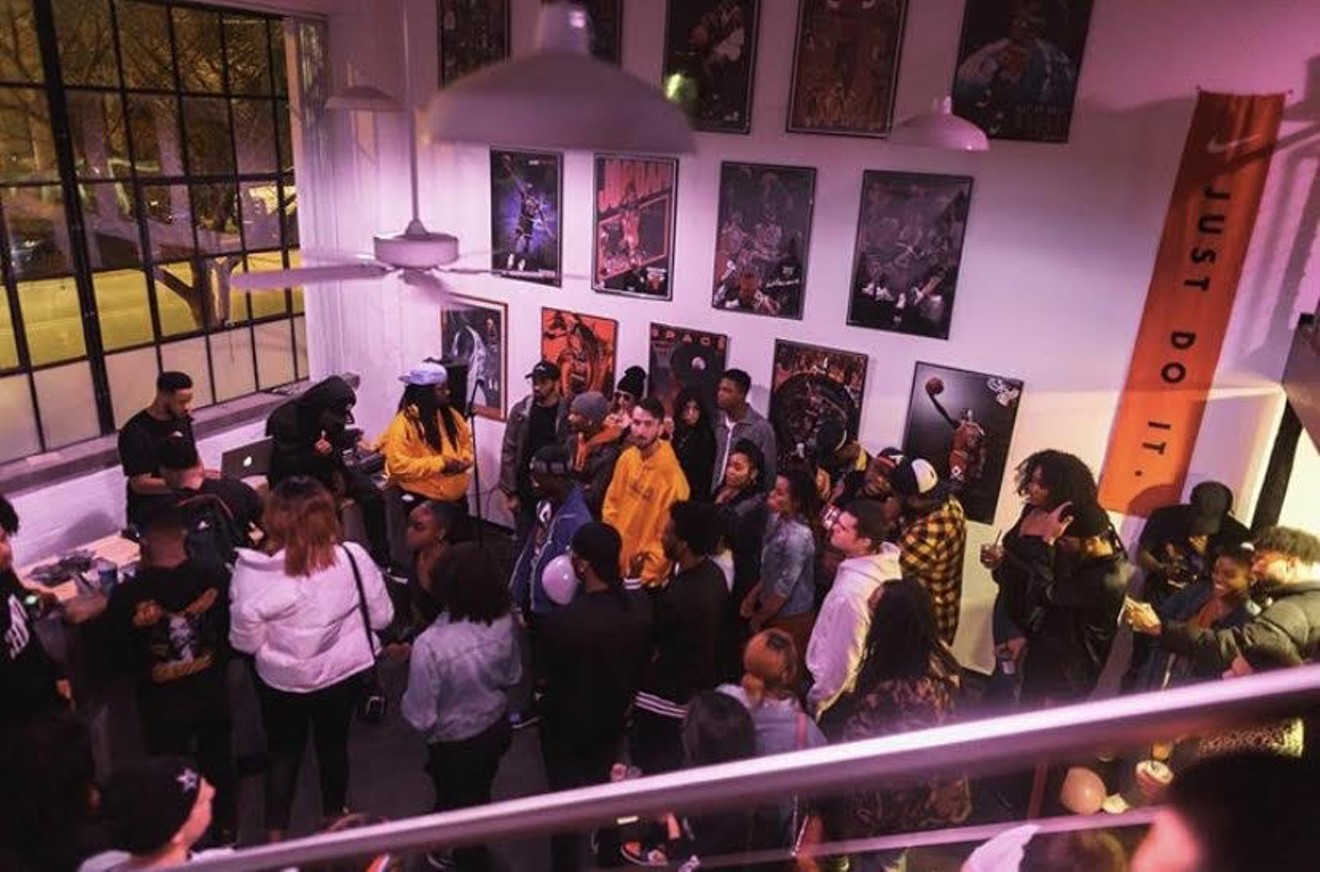 Vibes Texas, an underground art mixer and culture convention, is back. Nxphew
The curators behind Vibes Texas, a Dallas-based arts collective, have spent the last two years throwing epic underground art mixers for Dallas artists on a monthly basis. That was until COVID-19 put a pause on extra-curricular activities. But Romii, the founder of Vibes Texas, says she and her team are ready to bring that energy and get back on track.

On Sept. 26, Vibes Texas hosted their first event since the pandemic started. A culture convention for young people, the event is a perfectly-blended concoction of live music, crystal wrapping, body painting and plenty of other art-centered activities. Romii and her team preach family and inclusiveness, which they showcase with a wide range of musical acts and vendors.

Ultimately, Vibes Texas is a solid reflection of the heart and soul of Dallas’ underground art, music and fashion scene.

“It’s a lot of family energy,” Romii said ahead of the latest event. “There will be lots of art, lots of music, lots of laughter and lots of vibes.”

Romii says that frequent Vibes Texas attendees like to show love to newcomers.

“If you come there and you’re not familiar with somebody, there will always be someone there to speak to you,” Romii says. “There is never nothing to do. We have food, drinks, games, raffles, live body art, and I’m going to have an open mic as well."

"It’s pretty much just whatever you feel like you want to display to the world.” –Romii, founder of Vibes Texas

The vendor list is just as diverse as the musical talent lined up to hit the stage. At Vibes, one can buy a barbeque quesadilla, henna tattoos or a pack of tarot cards, among other things.

“I don’t really put a restriction on who can [vend at Vibes Texas]," Romii says. "It’s pretty much just whatever you feel like you want to display to the world.”

Rapper Devy Stonez is set to headline during this month’s Vibes Texas events, where he is expected to shoot a music video for his unreleased record “Who is He.” This will be the stoned poet’s first splash back on the Dallas music scene since he released Vol. II: Forever Chillen back in April.

Romii says she and her team did their due diligence to make sure everyone who attends Vibes Texas will stay safe and healthy. Only a limited number of tickets are sold and they can be purchased at vibestexas.com. Guests are expected to answer a series of COVID-related questions before they're allowed to purchase their tickets and masks are mandatory at the events.

Romii says that a Vibes Texas concert was in the works before the pandemic but they will take their time building their momentum back up. Although COVID forced her to make adjustments, Romii plans to keep doing whatever it takes to help Dallas creatives who are looking to share their art with others.

“Our goal is to provide a bigger platform for the creatives and more so, help everyone get to their potential and see they can still do it,” Romii says. “With me, I try to give out as much knowledge as I can to my peers and make sure they know that they do have support.”
KEEP THE DALLAS OBSERVER FREE... Since we started the Dallas Observer, it has been defined as the free, independent voice of Dallas, and we'd like to keep it that way. With local media under siege, it's more important than ever for us to rally support behind funding our local journalism. You can help by participating in our "I Support" program, allowing us to keep offering readers access to our incisive coverage of local news, food and culture with no paywalls.
Make a one-time donation today for as little as $1.