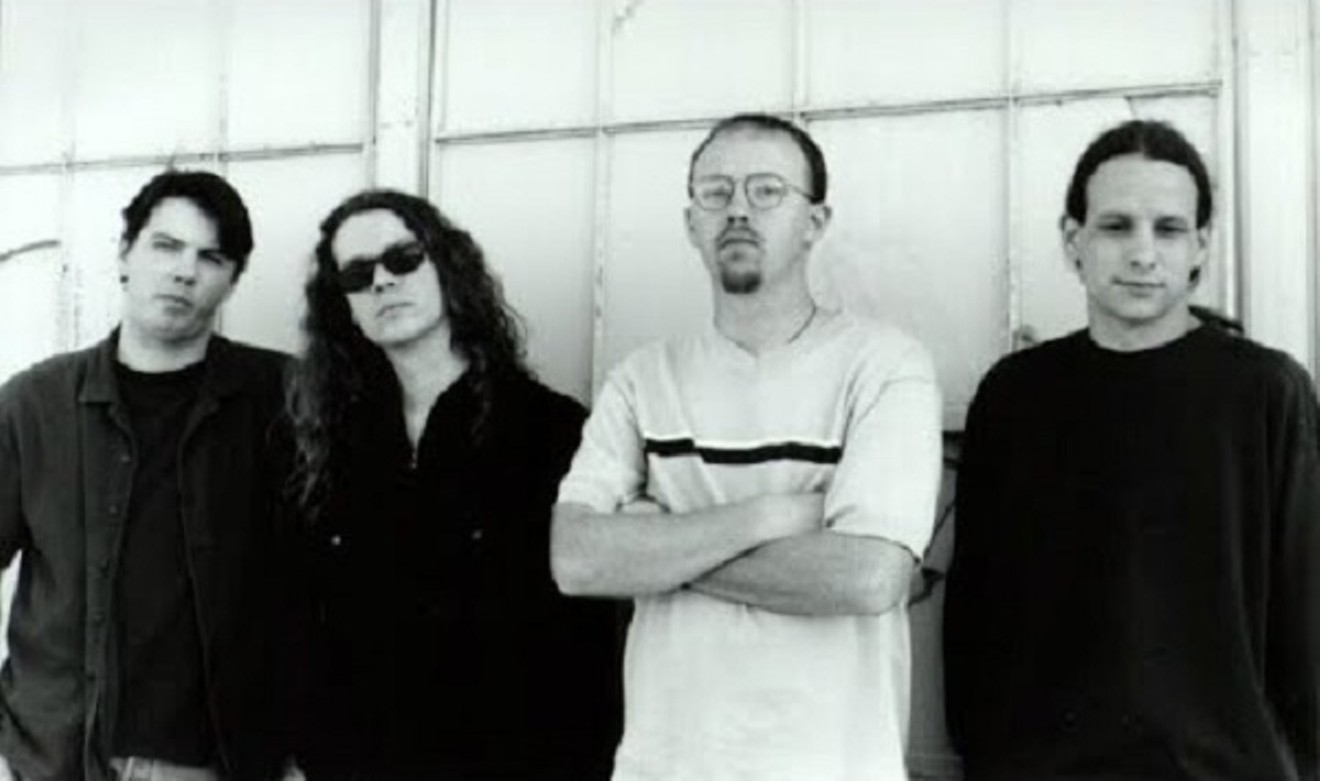 An audio engineer worked on an album that was two decades old, doublepluspop can barely remember the songs. courtesy doublepluspop
Many artists have used pandemic time to get creative and crank out an album within the course of a few months. Some have used this time to revisit projects that they have previously abandoned. In the case of doublepluspop, the four-piece revisited the project that was supposed to be their debut album, a collection of tracks that has been sitting in a vault since 2002.

Frontman Paul Averitt formed doublepluspop sometime between the late '90s and early 2000s after leaving his Denton band Big Big Drama. He wanted to create a band that strictly played power-pop, a genre he says wasn’t popular at the time.

“There wasn’t a lot of that type of music being played in Dallas,” Averitt says, “and I wanted to try to explore that genre in this town. Dallas isn’t really a power-pop haven, but it’s what I wanted to do at the time, and I’m proud of the work we did.”

Averitt formed doublepluspop with Jon Lenzer on guitar, Mike Bowman on bass and Neil Saunders on drums. They cut tracks in various studios, including a rehearsal space owned by Salim Nourallah, which would later become Pleasantry Lane Recording Studio.

While Averitt is proud of the work doublepluspop did, he admits the act wasn’t an easy sell. In one of their first shows, they played to an empty audience at Club Dada.

“Absolutely no one showed up,” Averitt remembers. “We played to zero people. And that’s when I said to myself ‘OK, I’m done.’”

In March, around the time venues were ordered to close, Averitt received a “cryptic” text message from audio engineer Coy Green, who had worked with doublepluspop when they first formed.

The message contained a picture of two ADAT tapes and read, “I wonder what I’m going to be doing tonight.”

“I just thought he meant he was going to be doing some recording on his own,” Averitt says. “I was just like ‘Oh, that’s awesome, you should totally do that.’”

Later that evening, Green sent Averitt another message, in which he said he was able to transfer 12 doublepluspop tracks to a format he could mix digitally.

“It just blew my mind,” Averitt says. “I was like ‘12 songs? What are you talking about?’ I had no idea that we had done all that. None of us remembered this.”

“It just blew my mind ... I was like ‘12 songs? What are you talking about?’ I had no idea that we had done all that. None of us remembered this.” –Paul Averitt

The collection of songs would later become doublepluspop’s debut album Too Loud, Too Fast, Too Much, which was released on streaming formats last month. Green was inspired to work on the tracks after learning that Averitt was going to revisit tracks of his own.

“Paul posted on Facebook that he was using the downtime to mix down some of his old demos and songs that he'd never finished,” Green says. “And it suddenly occurred to me, ‘Oh my God, I have a whole record of Paul that never got mixed down.’ And just like him, I now have all this time and absolutely no reason to not do it.”

When he first listened to the abandoned doublepluspop demos, Averitt was surprised at what he heard. Over the course of 18 years, the tracks were no longer present in his memory.

One of the album’s songs, “Coincide,” was unfamiliar to him when he listened to it for the first time in close to two decades.

“I was thinking to myself, ‘I’ve never heard this song in my life,’” Averitt says. “But it’s clearly something I would’ve written, and it’s clearly my voice on the track. None of the guys could remember this either.”

While Averitt is happy that Too Loud, Too Fast, Too Much is finally being heard, he admits that there are some lyrics that make him “cringe” and that if he could, he would rework them in a way that is more “artfully presented.”

Too Loud, Too Fast, Too Much isn’t the only project that Averitt has been slow-tracking. He says he's been working on a solo record over the course of the past 14 years.

Though doublepluspop may not have remembered the material they recorded, Green felt nostalgic mixing and mastering the project. He says doing so brought him joy.

“Being able to revisit this music and to revisit those times was very nice,” Green says, “and certainly a wonderful thing for me to accomplish during a time of COVID when I wasn't able to accomplish anything else.”
KEEP THE DALLAS OBSERVER FREE... Since we started the Dallas Observer, it has been defined as the free, independent voice of Dallas, and we'd like to keep it that way. With local media under siege, it's more important than ever for us to rally support behind funding our local journalism. You can help by participating in our "I Support" program, allowing us to keep offering readers access to our incisive coverage of local news, food and culture with no paywalls.
Make a one-time donation today for as little as $1.