Post Malone, the White Rapper With Whom We Most Want To Drink, Is Playing Two DFW Shows 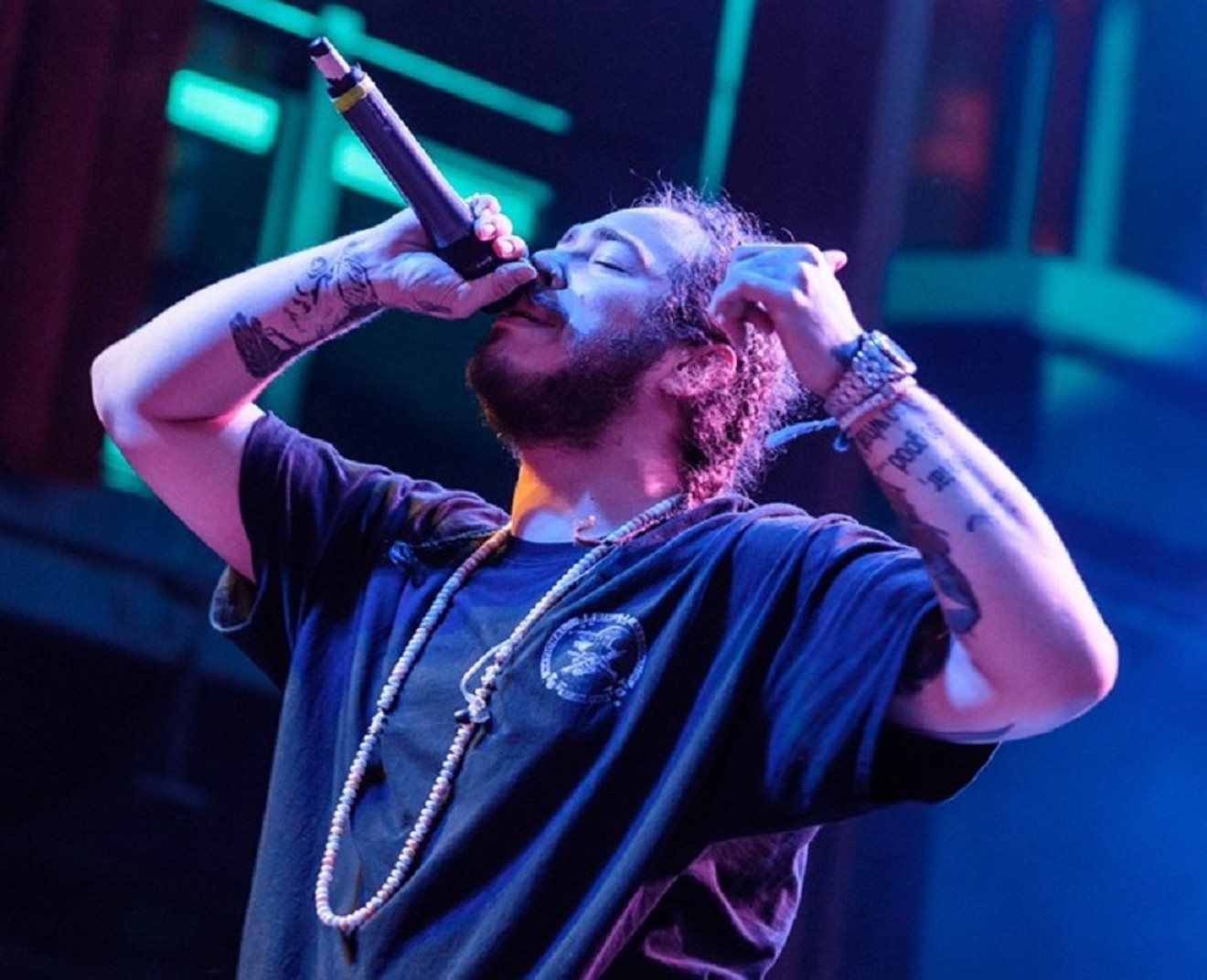 Post Malone is playing two October shows in North Texas. This time he's coming home as a soon-to-be husband and new father. Kyle Gustafson
One of Grapevine's most famous sons is coming back to his hometown during one of the many new high points of his storied career. And yes, that sentence also applies to Joe Bob Briggs, but we're talking about Post Malone.

The pop-rapper announced the schedule for his Twelve Carat Tour, which starts in June and includes a performance on Oct. 21 at the American Airlines Center in Dallas and one on Oct. 26 at the Dickies Arena in Fort Worth.

And yes, we know that Post Malone grew up in Grapevine and cut his musical teeth in Dallas, but we don't mind sharing the honor with Fort Worth. Plus, the Dallas show is bound to sell out, and it's nice to have a backup ticket plan.

Post Malone is experiencing another new apex in his life as a rock star celebrity in the midst of celebrating his newest album The Twelve Carat Toothache. He recently announced on the Sirius XM's Howard Stern show that he's engaged to be married to "a really beautiful person," and his mystery fiancée also just gave birth to a baby girl. He also performed a cover of Pearl Jam's "Reputation" that went viral in a matter of minutes.  Malone's rise to fame happened in a matter of months and attracted a lot of criticism. There were naysayers who said that he was a suburban white boy appropriating urban culture, a one-hit wonder who got lucky with a Soundcloud account. That was more than six years ago, and he's clearly proved them wrong hit after hit. He's even bucked the trend of becoming a dreaded white rapper by actually being likable.

We're not going to name any other names that do follow this trend because you can go pretty much anywhere else on the internet if you're jonesing for a hit of white rapper hate. This is Posty and his Postmates' time to bask in the glory. We won't even mention Kid Ro ... damn it.

The "likable white rapper" unicorn used to be as rare of a phenomenon as a Banquet frozen dinner you could eat without questioning your life choices. Acceptance of an artist's music is always a question of taste, but Post Malone has the ability to cross genres and create sounds that improve with each new track when his harshest critics would've bet hard cash that he'd be a flash in the pan.

That's because he's more than a talented musician. He's a champion of music. Yes, he made misstatements about hip-hop in the past just like any rising star, but his actions and the way he uses his success to help working musicians and artists speak louder.

Just a few years after he became a household name, the rapper held his first day-long Posty Fest, an annual festival in his own hometown that was clearly designed to showcase the groups and singers opening for him. Acts such as Travis Scott, Lil Skies and Tierra Whack were given just as much stage time as Posty got by the end of the night. He even pairs off differing genres in his concerts, like when death metal group Gatecreeper was put right next to Megan Thee Stallion on the lineup.

How can you hate on a guy who lets acts that don't even match his genre open for him?

Most celebrities of Post's level couldn't achieve his likability factory if they adopted an entire nation of orphans. He literally wears his personality on his face and body with his legendary tattoos. His body type doesn't fit the mold of a skinny-as-hell or muscular body dude who clearly can afford private training and plastic surgery. He's been a dad-bod role model long before he was a dad.

Posty also exudes an approachable and kind personality that's on its way to dethroning Tom Hanks as the world's nicest celebrity. We've heard the phrase "a person you'd like to have a beer with" so often that it's lost all meaning, but Posty is the dude with whom we want to share a six-pack. When the rapper realized his drinking was getting to be too much, he cut it back a little, which he has credited to his mystery girlfriend.

Malone is a drinker who has at times been intoxicated in public and onstage, but he looks like the kind of person you would like to have a drink with, and we know he drinks beer. That's a huge achievement for anyone with face tattoos. If you don't think so, go get a pair of aces inked on your temple for your next job interview.

This may sound self-serving, but it's kind of nice that Post Malone hasn't completely quit drinking. If he had, we never would've gotten to see him go day drinking with Late Night host Seth Meyers. The two spent the segment coming up with new drinks inspired by his famous tattoos, using Sharpie markers to draw  personalized ink on Meyers' face and having the kind of argument about Superman and The Flash that every drunk eventually gets to in their lifetime.

Unlike many great artists, however, Malone also doesn't seem to possess one thing: an excessive ego. Some of music's biggest stars (again, we're not naming names) who reach Posty's level label themselves as the voice of their generation, whether or not they've earned it. They carve themselves as "the people's this" or "my generation's that" like their career is one giant, self-serving episode of Match Game.

Posty likely knows he wouldn't be day drinking with Meyers or sitting on Stern's couch if it wasn't for his fans' support. He's managed to stay in the spotlight without pretension and without claiming to be the bullhorn for the voice of those in his age bracket. Instead, he presents himself as genuine and self-effacing (no pun intended), but not as a side he didn't realize he had until he was humbled by his stardom. It just feels like it's always been with him.