The Dallas Observer’s 10 Most Read Music Stories in 2019 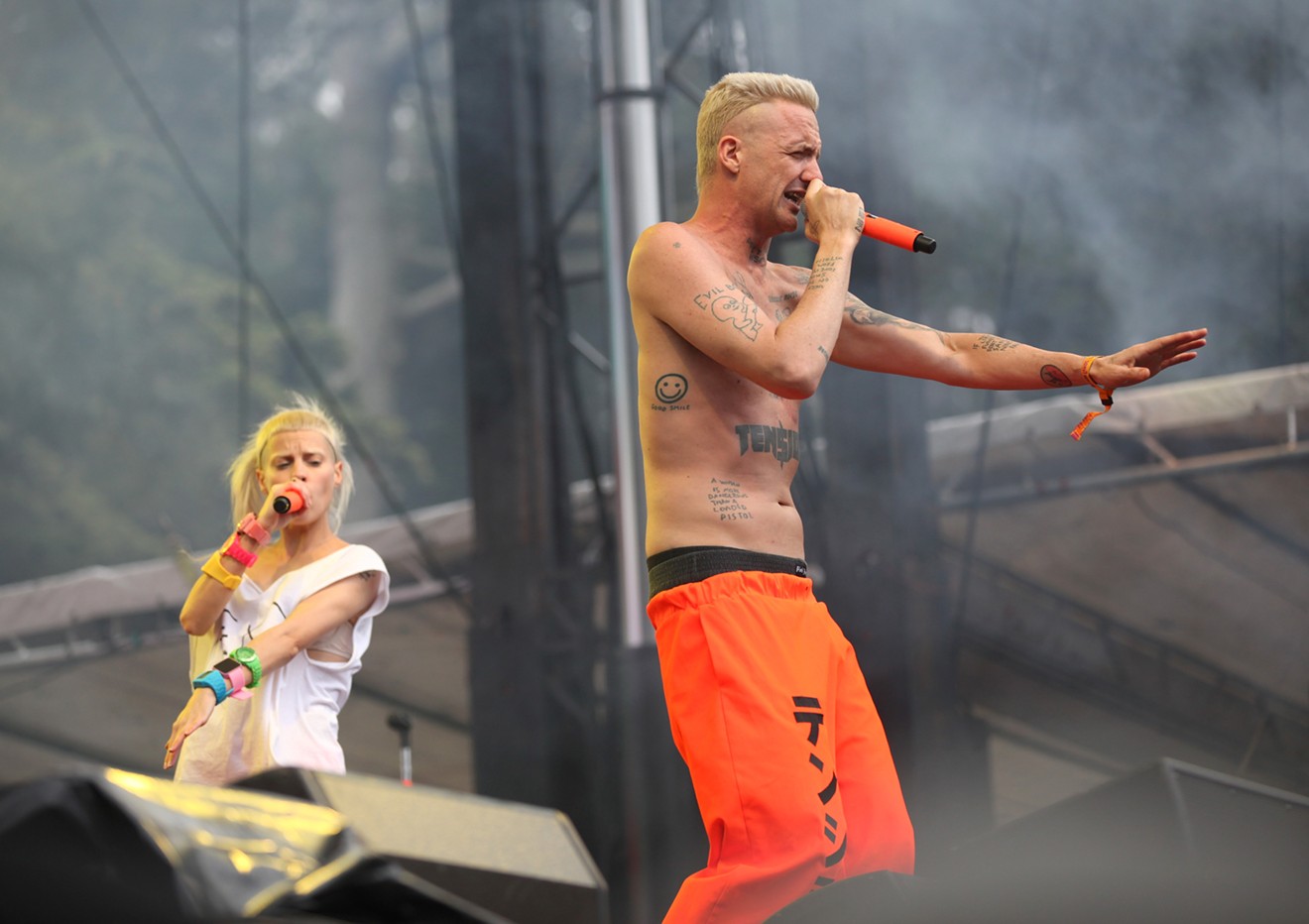 Yolandi and Ninja are in seemingly in a race with Morrissey over who has more scandals per year. Trixie Textor/Getty
2019 was a great year in local music; it was a time when many of our favorite North Texas artists made national headlines — albeit some for better reasons than others. At the Observer, we tried to keep our eyes and ears at every local stage this year, but it seems most of you were interested in our news and opinion stories on national artists. So next time, before you feel the urge to comment, "Who cares? What does this have to do with the Dallas Observer?" Let this quick guide be your answer. Below are the top 10 music stories favored by our readers this year.

10. With Her Dad’s Friends Behind Her, Caroline Kraddick Aims for Stardom
Caroline Kraddick, daughter of the beloved late radio star Kidd Kraddick, opened up about seeking her own spotlight through a career in music.

9. Rubber Gloves Bounces Back: Iconic Denton Music Venue Is Reborn; Not Everyone Is Happy
The longtime Denton music venue fired its manager, switched ownership and was risen.

8. We Tried to Decipher Morrissey's True Mind by Looking at His Lyrics Against His Statements
Morrissey sure loves swimming in hot water. Year after year, the singer makes headlines through interview statements so controversial that they would make any PR agent's head spontaneously combust. But his songs show a different man. We tried to analyze the controversial artist by weighing his words against his lyrics.

7. We Shouldn’t Be Making Fun of Aaron Carter
Writer Garrett Gravley opens up about his own struggles with mental health in light of the continued attention given to the pop star's online ramblings and family drama.

5. Phil Collins Performed in Dallas Post-Surgery While Seated, but He Still Cemented His Legacy
Critic Preston Jones finds English icon Phil Collins to be the definition of a rock star, even while performing while seated at American Airlines Center in September.

4. $UICIDEBOY$’s Irving Show Was Dangerous, Revolting and Offensive. Thank God.
New Orleans group $uicideboy$ got offensive for a good cause.

3. Trump Rallies Aren't Sending Their Best Musicians
Back in October, Trump visited Dallas, and while much can be said about the accused rapist whose initial 90-day Muslim ban has continued for close to two years, one thing we should all be in agreement on is the fact that Republicans aren't sending their best, instead sending rapists and criminals terrible musicians to their conventions and rallies. We get it, most good musicians don't want to be associated with the Trump regime, so we have a list of suggested alt-right musicians for the next one.

2. Taylor Swift's Netflix Special Was Shot Completely in Dallas
This one was technically published in 2018, but it was Dec. 31, which means it was mostly read in January. Our former editor Paige Skinner freely wrote about her obsession with Taylor Swift. Thanks for proving she's not alone.

1. Can Die Antwoord Survive Their Latest in a String of Scandals?
Back in September, the South African group claimed that a video that surfaced online showing members Ninja and Yolandi engaging in a homophobic attack against a colleague was heavily edited. The pair wisely canceled their scheduled Dallas show.
KEEP THE DALLAS OBSERVER FREE... Since we started the Dallas Observer, it has been defined as the free, independent voice of Dallas, and we'd like to keep it that way. With local media under siege, it's more important than ever for us to rally support behind funding our local journalism. You can help by participating in our "I Support" program, allowing us to keep offering readers access to our incisive coverage of local news, food and culture with no paywalls.
Make a one-time donation today for as little as $1.