The Children’s Aquarium at Fair Park Gets a Helping Hand 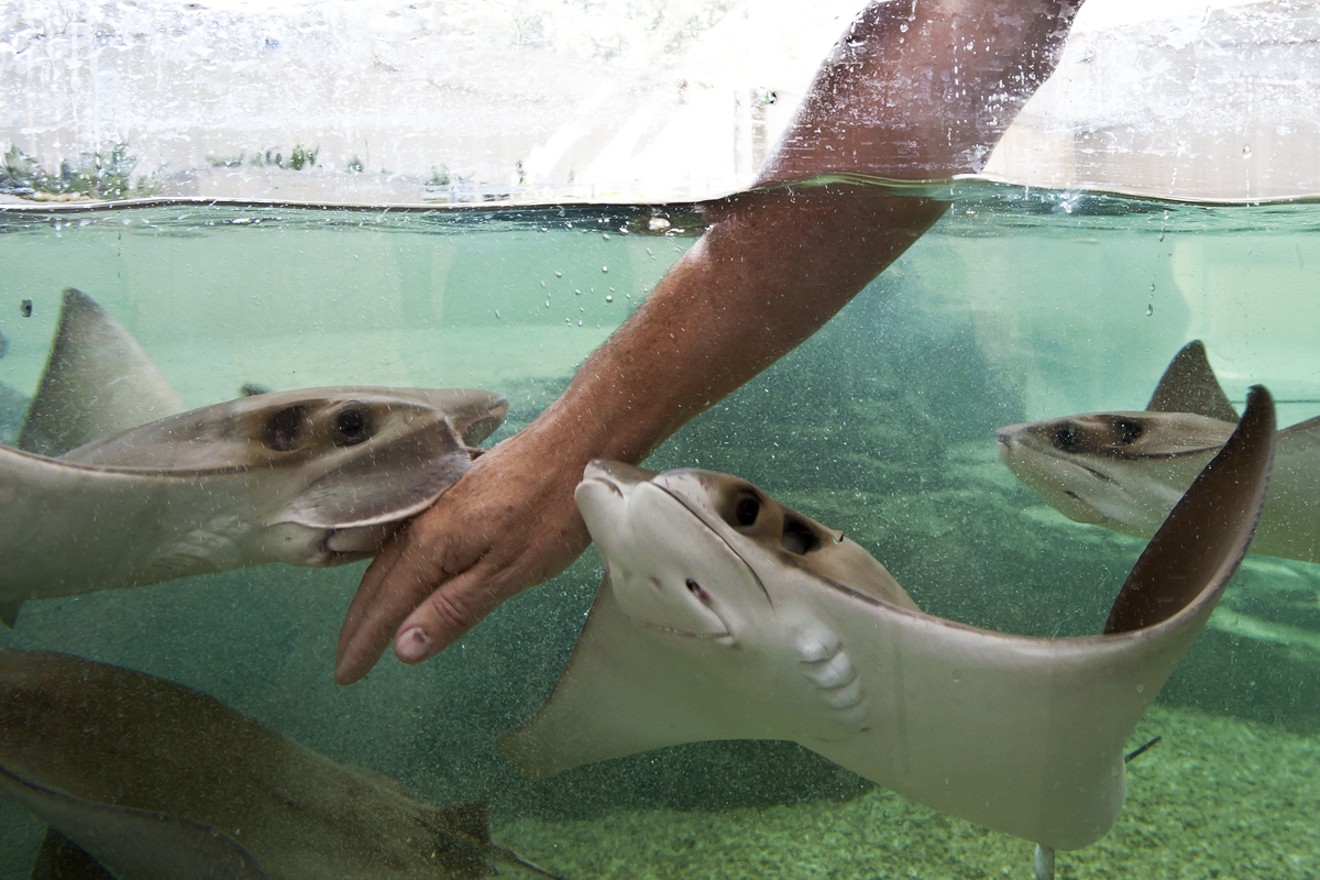 Council member Adam Bazaldua said he has found the money in District 7’s discretionary funds to pay for a reopening plan in collaboration with the City Manager’s Office, the Park & Recreation Department, Dallas Zoo and Fair Park First. Danny Fulgencio
Gregg Hudson, president and CEO of the Dallas Zoo, said the Children’s Aquarium at Fair Park was never really profitable, and keeping it open had always been a challenge. Before COVID-19, the aquarium was losing between $150,000-$300,000 yearly. The pandemic just about sank this already sinking ship when the aquarium closed in March to slow the spread of the virus.

It was supposed to stay closed for good, but now City Council member Adam Bazaldua is trying to save it. “The Children’s Aquarium has long been a special part of Fair Park and the South Dallas community,” Bazaldua said.

Although the recently approved Dallas budget eliminated funding for the aquarium, Bazaldua said he has money in District 7’s discretionary funds to pay for a reopening plan in collaboration with the City Manager’s Office, the Parks & Recreation Department, Dallas Zoo and Fair Park First, the nonprofit that oversees the management of city-owned Fair Park.

When the aquarium announced it was going to close permanently, Bazaldua said he reached out to private entities and Fair Park First to gauge the interest in funding the long-standing Dallas gem. He found the community wanted to keep the aquarium and others were willing to do the work to make it happen and sustainable.

The idea is for Bazaldua to use $800,000 from his discretionary budget to cover the cost of operations for one full year and part of the following year. The rest of the second year would be covered by private dollars. This will ideally provide Fair Park First enough time to hand over operations of the aquarium to be run more sustainably.

"This could be that much-needed breath of fresh air and resources.” – Brian Luallen, executive director of Fair Park First

The aquarium opened in 1936 as the Dallas Aquarium at Fair Park, making it the first in the state of Texas. From 2009 to 2010, the city was looking to revamp the aquarium because of continued dwindling interest. After other plans proved too expensive, the city decided to put $10 million into transforming the forgotten Fair Park destination into a children’s aquarium and hand operations over to Dallas Zoo Management Inc.

Part of the deal was the zoo would run the aquarium if the city underwrote the losses. It has operated at a loss ever since.

Bazaldua doesn’t blame the Dallas Zoo for this, but he said he doesn’t believe the aquarium has been run at its fullest potential. He said he thinks they can find an operator specializing in aquatic life that can help reach this potential.

He said once every party has come to an agreement on a plan to reopen, the Quality of Life, Arts & Culture Committee should be briefed on it in November so the council can approve the funding the following month.

Brian Luallen, executive director of Fair Park First, said over the next two weeks they will be looking at whether this is a viable option for the aquarium. He said the process will be difficult, “but difficult doesn’t mean impossible.” While Fair Park First is cautiously optimistic, Luallen said “this could be that much-needed breath of fresh air and resources” the aquarium needs.

In an emailed statement to the Observer, the Dallas Zoo said it is appreciative of Bazaldua’s efforts.

"There are many issues still to address, but as a committed city partner, we would be supportive of the possibility of helping to develop a plan that addresses both the short-term and long-term sustainability of the Children's Aquarium at Fair Park,” the statement said. “The Aquarium has a great opportunity to be a vital part of the future of Fair Park as a key institution in the newly approved Master Plan.”
KEEP THE DALLAS OBSERVER FREE... Since we started the Dallas Observer, it has been defined as the free, independent voice of Dallas, and we'd like to keep it that way. With local media under siege, it's more important than ever for us to rally support behind funding our local journalism. You can help by participating in our "I Support" program, allowing us to keep offering readers access to our incisive coverage of local news, food and culture with no paywalls.
Make a one-time donation today for as little as $1.