Good-to-Go: Cake Bar's Vending Machine Is the Modern Marvel We All Need 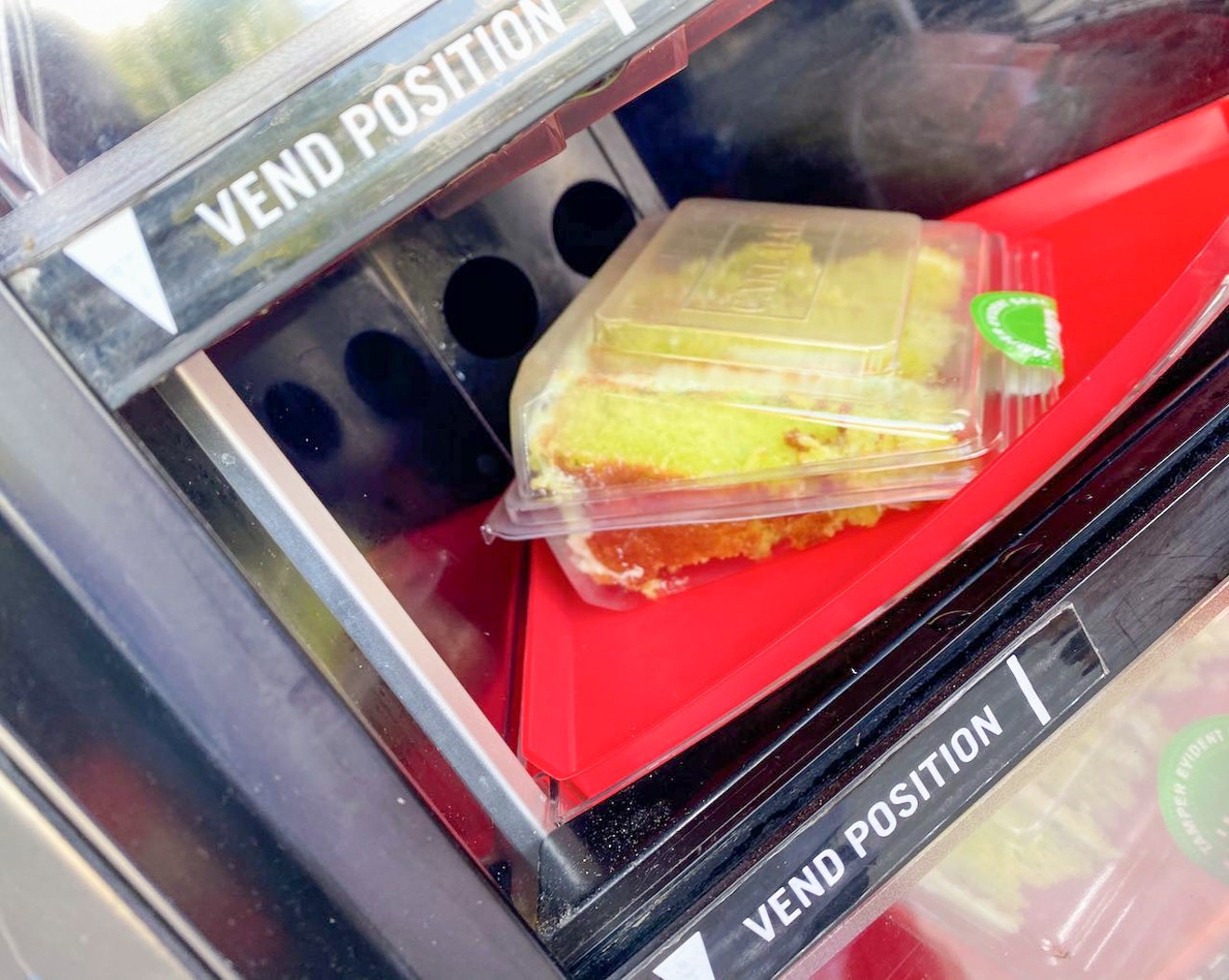 A slice of cake up for adoption at Trinity Groves: Who could say no? Lauren Drewes Daniels
Good to Go is a column in which our food writers explore Dallas' restaurant scene through takeout orders, delivery boxes and reheated leftovers.

Tracy German grew up in Augusta, Georgia, watching her mother bake cakes from scratch, tweaking the recipes along the way to her own liking.

German inherited her mother's love for baking and attended culinary school and for 14 years sold from-scratch cakes out of her house. When she was ready to open a retail spot, the incubator concept at Trinity Groves was the perfect fit; here longtime local businessman Phil Romano was helping budding chefs find their footing in the precarious industry of opening and running a restaurant.

While that approach didn't pan out for everyone, last week German told the Observer the program was a godsend for her.

“You don’t know what you don’t know, Trinity Groves could help you through all of that. If I was having to do all these little things … I wouldn’t be able to create,” German said.

And if she weren't able to create cakes, that would be a loss for the entire city. 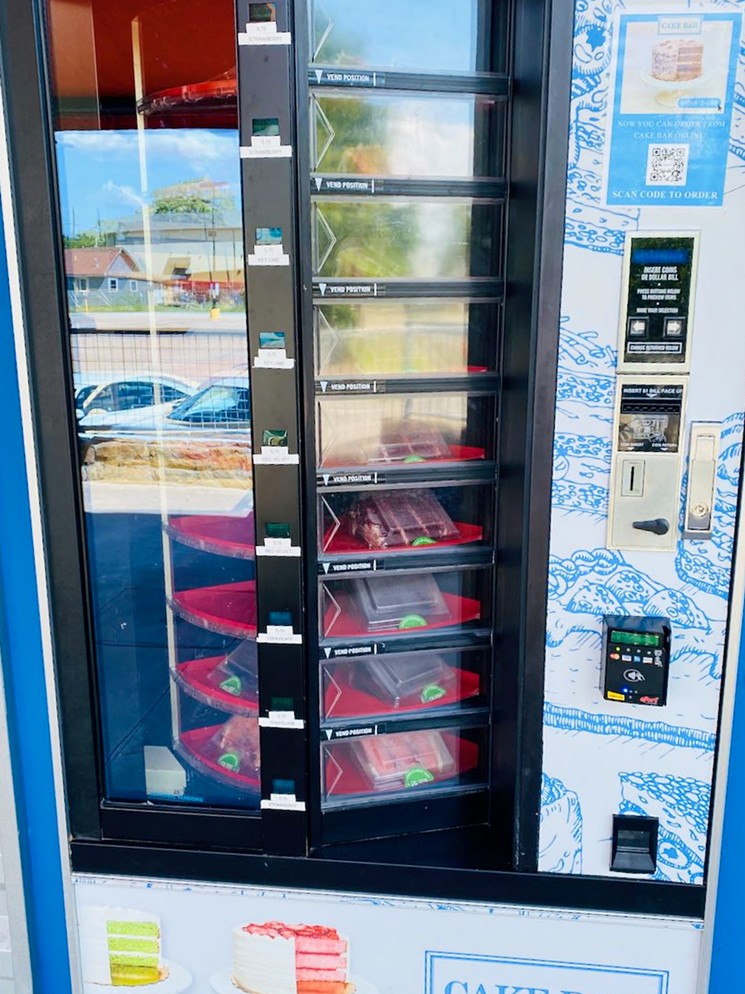 On a recent weekday at 2 p.m., there were customers lingering outside her shop, waiting for other patrons to exit so they could enter — abiding to the four-person maximum inside.

In a way, waiting outside is probably its own godsend because inside the options of confections is overwhelming. Not only are there thick slices of more than a dozen different colorful cakes, but there are also cookies and ice cream. Just waiting outside, bird-dogging over shoulders, felt a bit overwhelming.

German said she came up with the idea to have contactless service and to add another service option (there’s often a wait here).

The vending machine stuffed in the wall near the front door is similar to a 1980s break room contraption. The rotating-type dispenser is refrigerated, so it's just like pulling a slice of cake out of the Frigidaire at mom’s house.

After a quick swipe of my debit card, I slid the small plastic door to the side, and I was on my way with cake in hand.

The only problem is that people like it so much, the cakes sell out quickly. When I was there, I spun the shelves around to see what was available. There were three options at that time: chocolate, strawberry and Key lime.

Key lime cake, with a tart lime curd and cream cheese frosting along with a tamper-evident seal for good keeping.
Lauren Drewes Daniels
I chose the latter, which paired perfectly with the summertime humidity. The cake is made with a tart lime curd filling and a lime-cream cheese frosting. It was super moist and pleasantly chilled. The slice was just slightly jumbled — it had probably taken a few spins in the contraption — but that’s the business of cake vending machines. No complaints.

As I was leaving, a construction worker from a nearby job walked up to the vending machine and grabbed a slice of chocolate before hopping in his work truck. His co-workers stared him down hard. It made me giggle; this could be dangerous.

Cake Bar, 3011 Gulden Lane, No. 117 (West Dallas). Open for takeout and delivery 11 a.m. to 9 p.m. Tuesday through Thursday; 11 a.m. to 11 p.m. Friday through Saturday; noon to 6 p.m. Sunday.
KEEP THE DALLAS OBSERVER FREE... Since we started the Dallas Observer, it has been defined as the free, independent voice of Dallas, and we'd like to keep it that way. With local media under siege, it's more important than ever for us to rally support behind funding our local journalism. You can help by participating in our "I Support" program, allowing us to keep offering readers access to our incisive coverage of local news, food and culture with no paywalls.
Make a one-time donation today for as little as $1.